Will there be some kind of libe chat option on the forum? So that members can chat? If they enabled it in the Profile?

I think there might be a plug in that I can compile in for it, I will have to do some testing to see how well that works. Another option is that I could create an IRC channel as that is something that me and a few others already are using to chat. A third option could be using Discord, but as I don’t use it very often I fear it would not be very well used.

IRC is fine, any other ideas or is everyone fine with a IRC Channel?

I use IRC on a daily basis, so I think IRC would be the way to go for live chat.

Thanks for putting this together Tom. Excited to be part of the forum!

I like the IRC option, or perhaps a Teamspeak server? That could be kinda fun!

discord would be nice to use, but I like the idea of irc.

IRC is fine, but needs to be easy to access for everyone.
Chat is also more to do one on one or quick questions to someone or a room, that don’t need a seperate topic.

I have not done much with it as a platform, but using Matrix / with a Riot clien looks like an interesting option. Riot is a web interface for Matrix, but there are clients that can connect to it, as well as phone apps. I built this room for testing.

Any chance of getting the server and port information to this irc server?

@LTS_Tom has the IRCd been realized? If so can you post the server info. It’d be fun to IRC again.

A lot of people has asked for chat, I don’t really use real time chat that often so don’t expect many replies from me. This also means it will not be moderated so use at your own risk. 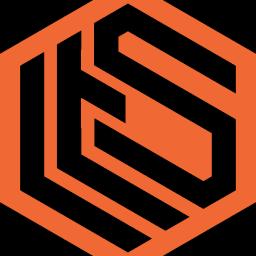 Check out the lawrencesystems community on Discord - hang out with 558 other members and enjoy free voice and text chat.

IRC would be great., freenode is for opensource stuff, so i guess dalnet /efnet ? or unless you wanna run your own.

Discord is simple, popular and easier to manage.

Why not the chat function in Keybase?

¯_(ツ)_/¯
Mostly because it is much harder to share as I don’t think they have a easy public signup. And I like that discord works in the browser.