So i recently backed up everything off my Dell R710 server. Installed windows server 2019 to update firmware i couldnt through IDRAC. Performed a clean install of XCP-NG 8.0 and now i cannot create a single VM. After install of linux mint 19.3, Ubuntu 18.04 LTS and 19.10. installation process fine, eject media reboot OS never comes backup. i have attempted creating win 10 VM and cannot get to boot to a installation i have included screenshots. Also note i did attempt reinstalling XCP-NG. Only thing left i can think to do is delete the Virtual disk in the raid control Reinitialize and try again. Any help appreciated. 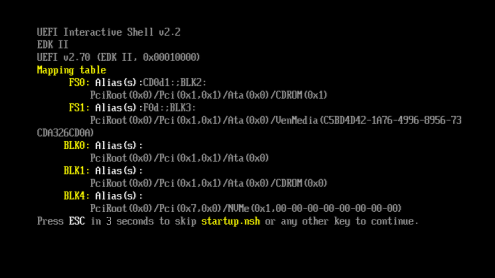 Today i tried deleting the Virtual disk in the raid control Reinitialize and reinstall. No dice. I am out of ideas i have tried LVM, no lvm, bios mode uefi mode. Literally everything same result.

I don’t have much useful to add other than I use Xen Orchestra to administrate my XCP-NG and while it does have quirks generally it’s been easy to set up VMs. The odd time I have to drop down to the command line to hard stop/start a VM since the UI gets stuck in some in-between state that it can’t figure out if the machine is on or off. XOA might be worth a try for you.

Thats just the weird part about it in 7.6 i created hundreds of VM. In 8.0 it seems i cant do anything

I apologise I glossed over the fact that you were using 8.0. I didn’t even realize 8.0 was out. I am going to do some testing with it this week and see what I run in to before I upgrade anything.

Cool Let me know what you find. In ditch effort to see if it was an issue with firmware updates jack something else up. I installed ESXI and was able to create a Linux mint and a win10 VM without issue. I think this is an issue with the update.

Hey,
Interesting enough 8.1 beta fixed some of the issues. Per Stormi with the xcp team https://xcp-ng.org/forum/topic/2509/vm-creation-issues-v8-0/4 this is appears to be a bug within ubuntu desktop. if anyone has this issue this from the linked thread stormi with xcp team to the rescue.

To me, this is an Ubuntu bug. The gdm service fails to start because it can’t start Xorg. See errors in /var/log/Xorg.0.log in the guest.

Another workaround that I haven’t tested: https://xcp-ng.org/forum/post/19625"