Tom,
First of all, thank you for your videos. They have really inspired me to dive in to XCP-NG and replace some of the older ESXi VMware hosts that I have.

The problem I am facing is the XCP-NG tools getting installed properly.

I started with three basic VMs.

Is this just too immature of a product for real production systems?

Hard to say what you are doing wrong without more details as I have not had these issues. We have used with with Windows server 2012, 2016 and Windows 10 with the Windows update and no issues. For Linux I just install the tools from the CD and restart as the tool instructs, but that has been from both debian and ubuntu, I have not tested it with other versions but there are a lot of large scale production installs being discussed in their forums https://xcp-ng.org/forum/

I can confirm the Ubuntu and Debian side of things as tom said. Just to make sure i just installed them on my Plex server, rebooted and shows memory utilization now.

Windows however has proven to be a challenge lately. Normally my process was turn on Windows update in XOA, check for updates and bam there they were citrix tools downloading. I do have an older windows 7 machine (labeled UPI) that was one of the first to work with the XOA way of applying tools.

Recently it have been seeing next to 0 success with this method. I have been using the github drivers by xcp and I can say they have been working very well. Doesn’t solve the performance counters issue in XCP center but it works for me.

Later tonight I will do a fresh install of windows 10 and see what happens haven’t done that in a while and i have been using template vm’s.

Yes I can agree , with jackm , there has been some issues with windows vm’s , if you take alook at device manager - all xcp drivers are loaded for windows except , when you look at the picture that Management Agent (Asking to install it) is a big question mark , the management interfaces (XOA and xcp-ng manager ) is still not identifying the details of the windows VM - It has dawned on me that it could be the internal firewall blocking the agent on a certain port , why I say this is when I installed the zabbix agent on windows it did not work (Produced the same symptoms) and then I did further trouble shooting I found I needed to go into advanced firewall configuration and allow my zabbix server (IP) access to the windows box then it worked … mite be possible that it is the same with the XCP management interface , I will investigate later … good luck gents

How about older operating systems like my server 2003. Will I have any luck finding working drivers/tools to install on this?

I just posted this on the xcp-ng forum as well.

It works, you just have to load them manually in older Windows versions.

Where do I get them from?

They are in the Guest tools ISO that comes with the install.

I have a video about this

Can you please share with me a copy of your ISO.
The current one that I downloaded from the website does not have the windows tools. it ONLY has a Linux folder and a README file. and the readme file says this:
“We are not allowed to redistribute the windows tools built and signed by Citrix, so they are not included here.” 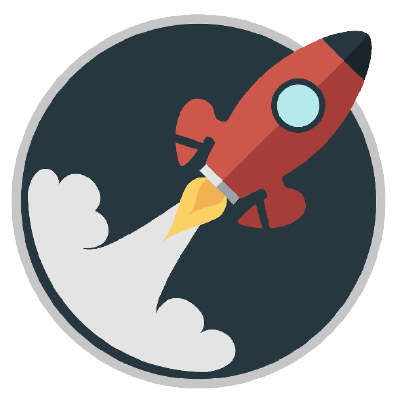 Sorry, The ONLY version here is the Beta 8.2.1 which crashes during the install.
Even according to the Github page it will only work with server 2016.
I have server 2003, 2008 and winXP VMs that still need to live. I’m afraid to mention I even have a Win2K machine that I was dreaming to virtualize one day, LOL.

Use the Citrix ones, as I suggested in the video.

xcp-ng does not provide the management agent for windows do to a licensing issue with citrix.

https://pvupdates.vmd.citrix.com/updates.latest.tsv will have the latest version of the links that Tom posted.

Here is the latest from the XCP-NG version

You only connect XOA to the XCP-NG Server IP
I cover it all step by step in this video https://youtu.be/q-jKs62b6Co

Hi there
Looks like two red triangles on the second snippet , possible connection issues , may need to disconnect and reconnect , and / or certificate issues , but other than that looks good. Good luck best regards Lance