I’ve been looking in to the performance of my “server” to save power and I noted that the CPU frequencies are pinned despite being under a very low load.

It’s an old HP EliteDesk 800 G2 running an i7-6700.
I believe this chip should allow the host to control p-states.

When I list out get-cpufreq-states I can see that they are all at 3401 (p0). The server is under very low load. 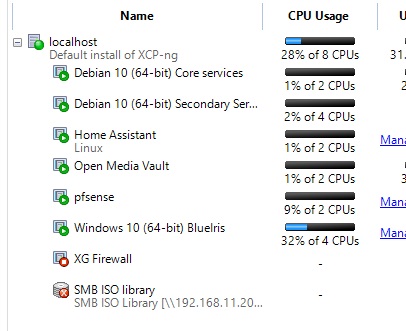 I’m not sure where to start with this.

Is it a guest or host forcing it to this state? maybe its the default behavior when there is such a load as XCP-NG is assuming it is a server and needs to be response?

Can I get it to automatically idle down at such a load?
Or can I force it to idle slower without setting the max so it can increase?