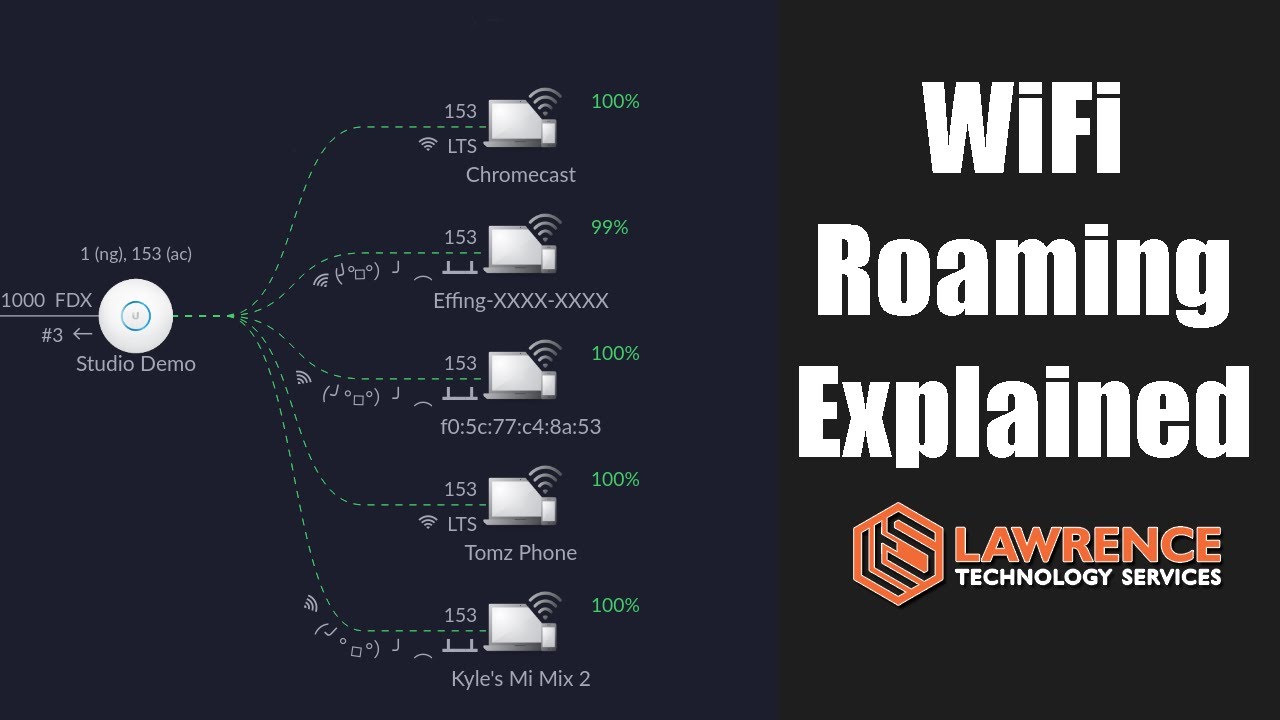 This was a fantastic video. I was confused by the sloppy terminology in-home wifi systems, and I appreciate you explaining the hand-off and roaming piece.

Hey Tom, instead of a ping test I would do a RDP session or something similar that establishes a TCP session where you get performance feedback. Personally I like to remote into a server and then pull up the command prompt and ping the default gateway from the server as my test. Since I would be expecting the output pretty immediately it is easy to see if the RDP session is showing poor performance.

It is also important to know that 802.11r is NOT a complete solution to wifi roaming because it doesn’t address sticky clients that won’t move to a different AP if there is a current session running. The test I pointed out will show this and a ping test wouldn’t. Ultimately you would need a solution with a central controller such as Cisco or Aruba to get around the sticky client issue.

It will pass between access points just fine even when there are active TCP connections such as RDP, SSH, or whatever else. The session type does not make them “Sticky” to the access point because access points are a L2 devices.

Based on my experience that is not the case and I have had to replace many systems such as Aerohive, Meraki, and Ubiquiti because of it. I believe if you run the test I recommended you will likely find it the same on your wifi system. The laptop is what will make the decision to switch APs and 802.11r has no influence over it and simply accommodates for a faster transition.

I was just thinking a little more about this and it would be interesting to see a packet capture from a client running the RDP session when jumping around from AP to AP.

No need to capture packets to prove this as I know it works with RDP, SSH, etc… Access points roaming is a L2 function and devices don’t “Stick” to access points based on the protocols.