I’ve checked out multiple tutorials from both Lawrence Systems and Crosstalk Solutions, and I have hit a wall.

In the Dell PowerConnect, I have pfSense connected on Port 1 with Untagged LAN and Tagged with all VLANs. I then have the same settings on Port 8 connecting to the UAP-AP-Pro.

Example of client trying to connect:

Been years since I have looked at the PowerConnect switch, but it sounds like that is where the issue is. If I recall correctly the default way those handle VLAN’s is to drop any traffic not properly defined. That is assuming you have the VLANs properly configured in pfsense & unifi https://youtu.be/b2w1Ywt081o

Would plugging the AP directly into the NIC of pfSense be a decent solution to diagnose the issue?

I’ve also gone through that video more times than I can count.

Yes, that would rule out if it was the Dell Switch.

Just tested, still not getting a valid connection.

I’ll be removing all extra network and VLANs for further testing.

If I’m not using a Unifi switch, do I still have to create the “VLAN only” network, or is the Wi-Fi network enough? I tried both, just checking.

If you are only using the AP’s you just need to specify the VLANs there.

Do you happen to have another Linux machine. I have setup my pi to test vlans on a switch. I am thinking if it works for pi should work for Debian derives distros. 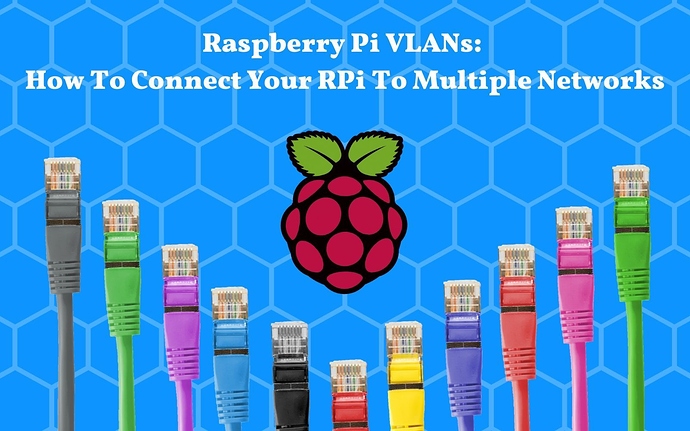 Raspberry Pi VLANs: How To Connect Your RPi To Multiple Networks

A guide for setting up VLANs on a Raspberry Pi. Use a single ethernet cable to connect your RPi to multiple networks at once! This can be used to allow your RPi to WOL devices across different subnets.

It’s only one file. I turned it on for a pi in my rack running pihole. It allows me to know all vlans are working a quick check if I need it. Only needed it once when I accidentally plugged something in wrong port. THis quick check made me realize what I did.

I have a spare RPi 4 and multiple Linux machines I could test on. I’ll look into that.

I appreciate the help

It appears that the DHCP server is working, but the client is not receiving the offers. I have allowed all traffic on LAN/VLAN, so I am not sure whats keeping it from happening.

I think I need some clarification. Is your AP connected and setup on your UniFi controller? Also do you have a trunk port going from pfsense to your AP?

Within the Unifi Controller, the UAP-AC-Pro has been configured to have a wireless network with VLAN 10. When connecting to this wireless network, it authenticates, but any device (even when given a static IP), is unable to successfully connect. Some sort of route is broken.

I have also attempted plugging the AP directly into the NIC, bypassing the switch altogether. This did not fix the issue.

I am also currently in the process of reinstalling pfSense onto a new SSD I just got. I will update after reinstallation.

From my experience using openwrt, you need to identify the vlan ID for the device to actually look for vlan packets. And usually a firewall zone for the vlan ID as well, that’s a mirror of LAN.

I’m using an ESXI hyperV on an old Dell Poweredge 710, with pfSense in a VM, along with a Unifi Switch and AP. No VMs can get IPs in range of the DHCP.

On my Windows 10 laptop, that was the end result when DHCP failed.

I ended up reinstalling pfSense and reconfiguring my network. Even though I used the same exact settings, it ended up working.