I am currently running VirtualBox for a Windows 10 VM to run the dictation software Dragon Medical One (DMO)…I’m a physician.

I am wondering if I might have better overall performance (for the Windows VM) if I offloaded the virtualization to a Proxmox server (with an equivalent, or near equivalent, CPU).

By “better overall performance” = CPU will tilt out at 60-70% more times than not causing generally slow-ish behavior as well as the Windows VM crashing.

Any and all feedback is greatly appreciated…I think/hope I’ve included all the applicable information. Thanks!

I’m running Proxmox on a i7 desktop, no issues with it. I have a couple of window 7 VMs which run ok. I suspect it’s your Windows VM rather than the host giving poor performance.

As Proxmox installs on bare metal you can devote more resources to the VMs.

You might get better performance based on the guest tools perhaps.

However, it’s a pain to migrate VMs (at least from vmware) to Proxmox.

You can easily test it out, just pop in a spare hdd in your NUC and spin up a VM with your application installed.

thanks for the reply. i’ll need to look into the guest tools a bit further to see if there might be something I can optimize. I happen to have a second internal SSD that I suppose I could always use, but at the moment, I’m using that for additional storage. thanks again!

I have run Windows as VMs both in Proxmox and in VirtualBox and when the hardware is identical Proxmox does preform better as it is a level 1 hypervisor vs VirtualBox is a level 2. That is to say Proxmox is your OS similar to VMware or ESXI. Where as VirtualBox is software that is installed on top of an OS such as Windows or Mac or Linux.

One thing to consider if you move to a level 1 hypervisor is that it should be dedicated to that and you would need something like RDP or VNC to gain access to the Windows VM, while you can install a GUI on Proxmox if you really want an all in one solution. It depends on how you want to allocate your hardware resources and your specific use case.

yeah, the whole process of looking at this started with educating myself about virtualization, type 1 vs type 2, etc as i’m trying to come up with a better solution. RDP/VNC…check

If you do go down the Proxmox rabbit hole and get some new kit, I’d definitely recommend giving yourself the option of having more than a one port NIC, it will make your life easier. A quad port intel NIC on ebay can be easily had for cheap. Your NUC could also be setup as a second node if you want to play around with Proxmox.

thanks for the tip. i likely won’t go big to begin with. and i swear that someone is tapping into my brain as an r710 just showed up in the FB marketplace about 30 minutes from me!

You could also look at xcp-ng as your type 1 hypervisor. (Type I’s that I know are KVM(Proxmox belongs to this category, Citrix(xcp-ng as a member), and ESXI(VMware)). There might be more however those are the one’s I familiar with. I believe any linux distribution can run KVM with appropriate hardware (proxmox runs on debian with a GUI).

In terms of accessing your Windows VM – the performance may not be as great as you would like but since you are using Dragon, you don’t seem to be doing anything real graphics intensive. You could try x2go as your client/server software to access your windows VM. I find x2go a lot more snappy than VNC (which frankly I think VNC kind of sucks). RDP is another option as well.

Tom has a lot of informative videos regarding the setup of xcp-ng which I really found useful when I first kind of transitioned into the world of running hypervisors above and beyond VB.

Yeah I won’t be doing any graphics intensive stuff, at least at this point. Maybe in the future, but not at the moment.

No particular alignment to any virtualization setup.

Thanks for the video tip. I’m watching Tom’s videos as well as Jay’s on Promox to educate myself, so any and all recommendations are sincerely appreciated!

Both Jay’s and Jeff’s videos on YouTube are great but the topics are basic.

I think the r710 would definitively be complimentary to running Proxmox.

I follow Tom’s advice and check out Server Monkey to purchase a R420. With Proxmox running on the system it was performing well.

For me I like that Proxmox includes the web UI within a single install.

Also x2go is a great application to access the guest environments.

Excellent, thanks for the tip!

Hello Everyone,
I am testing proxmox on nuc hades canyon with simillar parameters to yours @Jforbush, and it is working very well so far.
I am heavily using VirtualBox for teaching IT college’ students (see the below images) 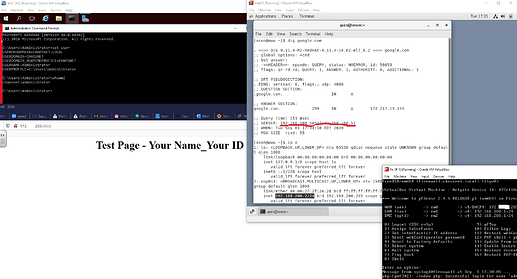 and for in-live-mode, secure browsing, email, files, and communication (all of my available hardware unfortunately doesn’t support the latest Qubes OS 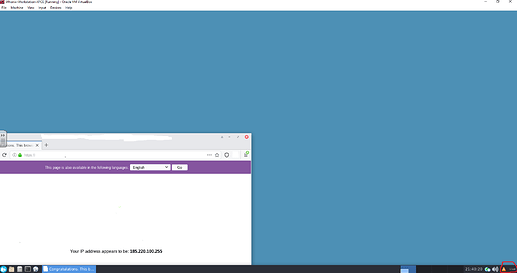 Anyways I am planning to switch ether to XCP-NG or Proxmox using the two available servers I have so to get better utilisation, and performance, and to be able to use more virtual pcs too.
So far, it seems to me Proxmox will be easier to support, and maintain. My plan is if I decide to stick to it, to pay for 1-year-either community_or_basic-subscription so to get all of it, and to learn it better.
Best,
Asen

Trying to switch to XCP-NG too haha