Its been a sad day and a half for my Unifi Switch 8-150w. All of a sudden yesterday at 12AM my switch started rebooting like crazy. The temp is about 55C but hitting it with my laser thermometer shows the shell of the case is 80-85 degrees.

I’ve tried downgrading the firmware since that seems to be popping up all of a sudden on all of my switches. It seemed stable for an hour-ish and then rebooted. I then manually updated the switch and I thought I was golden it was up for about 2 hours and then rebooted again.

Im lost at this point. If any of you can help I’d appreciate it. I can send logs if you need/want them. Ill try anything to save my beloved unifi switch.

Side note i have 2 edge switches i can replace it with as a last resort. 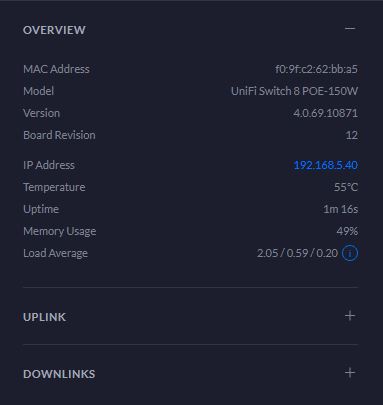 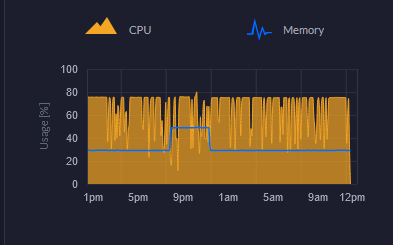 There were some issues with the .69 FW for switches. If you’re on .66 and still having issues that’s not good. Look in their forums to see if others are having the same problem. I’m guessing you just lost the hardware lottery and your switch is dying.

I swapped it with an edge switch so I could figure out what is going wrong. I was definitely having issues after I downgraded to .66.

Right now it’s sitting on my bench with the cover off and it’s at 46C, which is still above their range of operating temperature. I factory reset it and readopted it to the controller seems to be working fine, no reboots since I did that yesterday morning. Granted the only thing connected to it is the uplink, so im not sure if its a load problem, maybe a 24v passive POE issue since my UAP-AC-LR is no longer connected. I did turn off POE for that port when I was having issues so I don’t think that was it, but maybe.

I’ll try plugging stuff back in later today to see what happens.

Hopefully it just got a bad config with the downgrade and the reset fixed that. Or it could be a bad port like you’re thinking.

so far it sort of seems like factory resetting the device and re adopting it might have done the trick. Have not had time to plug stuff back into it but it has not rebooted in a week.

Not sure why this worked or happened but glad its almost back to normal.