UDMP as a Protect NVR only

I posted this at the end of a different question bit it got no traction as a question. So I thought I’d make a topic to see if anyone would care to comment.

I already have a full unifi setup, UDM Pro being the head end, however I’m really now at a point (as most) of frustration and have a Netgate 6100 ready to slot in to do the head end work. I do have however a single 8TB Skyhawk and 7 cameras I’d like to keep running with Protect.

Is there a way of turning your expensive udmp into an expensive NVR and handing over the firewall/routing to pfsense? Anyone had any luck doing this?

I have a video on that here: 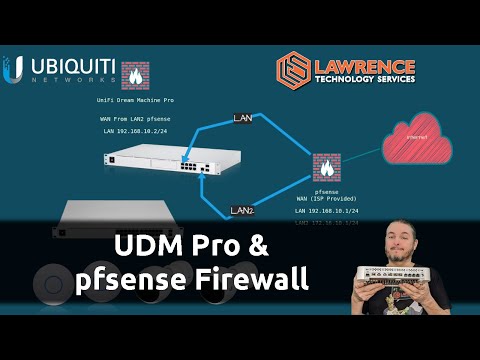 Thanks Tom. I knew you’d have a video somewhere. Skipped over it as it didn’t mention protect in the outset, unless I totally missed it.

The cameras need to be on the same subnet as the LAN for the UDM.

If you trunk Management, Camera, Talk, Protect VLANs to the UDMP Lan port, and put cameras on a Camera VLAN, and define VLAN only networks in the UDMP, will that work? Basically using the UDMP as a “big” cloud key.

Then put everything else off of a “core” switch, like the UniFi Pro Aggregation switch fed off the PFSense box (on a third port) with a trunk ALL VLANs, that breaks out to other switches.

I assume that would work?

I think the only thing that may be tricky is the Management VLAN?