I deploy quite a few Edgerouters, UniFi switches and APs but lately all my suppliers are having longer and longer lead times for devices. I still have never seen a WiFi 6 device. I have a project coming up with 16 APs and 8 switches, and none of my suppliers have them in stock.

Is there a shortage happening?

I’m really not in a mood to jump to a different vendor… I so invested into Ubiquiti.

Is there a shortage happening?

Yes there is a global semi-conductor shortage, affecting every device (even cars are dropping certain features to prevent it from affecting them).
I’ve noticed long lead times for various UI products, the last gen 2 switch I ordered had to be sent straight from UI’s factory floor because nobody had them in stock.

Wifi 6 products though, forget about it. They are gone as soon as they come in stock, I managed to order one AX AP today direct from UI. I have no ETA on it, retailers that stock UI products are listing ETA fulfillment as far out as late Nov if not december and on a first come-first served basis.
My current expansion project needs at least 4 new AP’s and a new A/V rack built, i’m way behind. 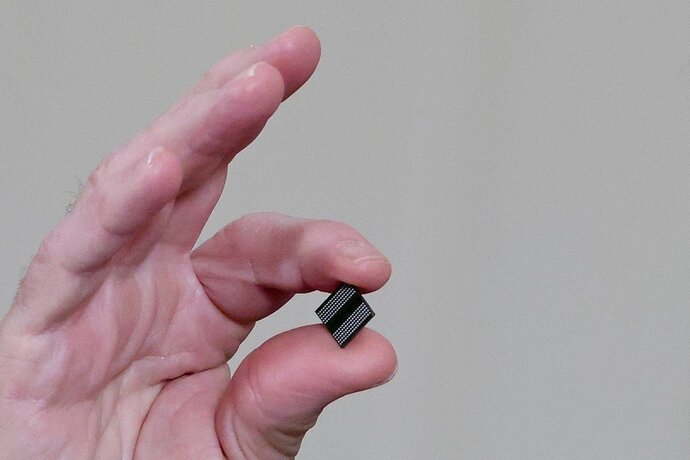 The 2021 Chip Shortage: How it May Affect You

The 2021 global chip shortage is an ongoing crisis in which the demand for semiconductor chips is greater than the supply. Learn more about it effects

Raises questions as to the why of the shortage. Market manipulation, if so by whom? Don’t think it is the end product manufacturers they have limited product to sell. I am indeed cynical and take nothing at face value.

The shortage is of high quality silicon wafers. The factors are varied, including COVID related (shutdowns due to outbreaks, slower operation due to safety practices) and unrelated (one of the major factories had a fire that took 2 months to clean up).
On the other side there is unprecedented demand from everyone wanting more tech stuff.

Demand in part triggered by more people spending time at home and working from home too.

Probably because Cody at mac telecom networks is buying them all

They are selling out before the store fronts get them.

Welcome to 2021. Literally all technology equipment is backordered. I work for an enterprise and we’re struggling to get our hands on anything. We’ve resorted to paying for out of warranty repairs just to maintain current fleets while we build up our own small inventory of new equipment. We’ve had laptops on backorder for 7 months and the ETAs we were just provided indicated delivery in October. All I can say is good luck and keep searching.

I’ve been really struggling to get enough UniFi equipment to satisfy demand so I have been obtaining units from sources outside of my usual distribution network just to keep up with orders.
The only place I could find stock today was the official Ubiquiti Store Europe: https://eu.store.ui.com/

Nothing so nefarious. Chip fabs are massively expensive to get up and running, to the tune of a billion or more dollars. As a result, there are only a few players large enough to compete. TMSC, Samsung and UMC and the three largest players, with TMSC accounting for more than half of all foundry revenue last year, producing chips for Apple, Nvidia and Qualcomm.

The chip shortage has been such a problem, that many countries, including the USA are now considering the lack of native chip foundries and a major strategic threat. Unrelated, Intel announced back in March that it would invest north of $20B in the creation of two major fabs in Arizona.

My very point these plants should have never left the US. Cheep offshore labor and lax regulation and self interest among the C-suite. Yes I am a cynic.