I’ve been asked to price up a 5 camera security system. I want to give Ubiquiti products a try. This site currently has nothing but a computer that is wired to a color printer via a simple network. They are having an internet connection put in just for this so I’ll need a router, switch, etc. Is there any other equipment I need that is not displayed below? I have wiring, wall boxes, jacks, etc. It’s just the equipment I’m not 100% sure on at the moment. 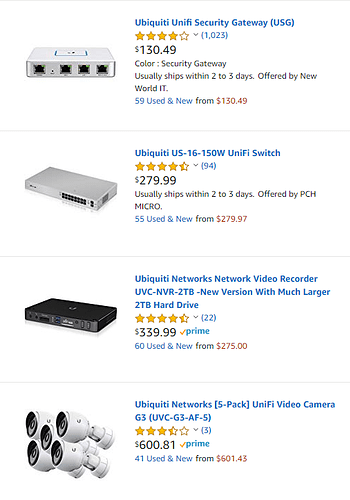 Seems reasonable although I would consider using the SG-1100 pf-Sense appliance from Netgate. Makes remote logins via Open VPN easier to set up also creating a vlan for the cameras. The SG-1100 has more features and is very reasonable at $159.

If you’re going to have Unifi networking gear, you will need some way to run the controller. You could go with the Cloud Key Gen2 Plus which runs the video and controller.

Ok, I’m new to this system. What exactly does that do?

The controller configures the software defined networking, i.e. provision the switch and/or USG.

get the cloud gen 2 plus key, it allows you to setup and controll the unifi system, USG, Switch, and also gives you the new unifi protect, the nvr video solution that allows for about 20 cameras on that system, its new and still going but so far is nice, not as feature rich as the unifi video, but still worth a look, specially on the update path that they are on. Also the cost between the unifi cloud key gen 2 and the gen 2 plus is like 100 bucks more, and you can ditch the nvr in that case. Just make sure to read the differences between both, for example I think is still missing some of the motion recording features, but dont hold me to that I havent used it.

Is all that really necessary? The only thing that will be on this network is the camera system and one PC that gets used almost never and then the printer. The main reason for the network will be the camera system. It’ll never expand beyond that one PC.

If you don’t want to deal with the controller you could use the Edge line and configure things directly on the switch and router. I could be wrong, but if the Unifi controller seems like a hassle you probably won’t want to mess with Edge stuff.

There may be an unmanaged poe switch out there that is capable of the 24v that the cameras need, but I don’t know if one off hand.

if its that simple, just do the cloud key gen 2 plus (control unifi both switch and USG) and also gives you the ability to control the cameras, should also be cheaper than the nvr, you could also just get a small server or pc that you can install the controller and unifi video but will be more work on your part.

The newer cameras run on both normal poe and 24V

@mikey I thought I had seen that somewhere, but when I checked the UBNT store they only have 24v listed.

It is listed somewhere, I only noticed it when my cameras started up, without 24v enabled.

This is annoying… I know I read it somewhere on their site, but now I only find the 24v mentioned too.

However, when looking at my switch, it shows them running POE+ at 100 megabit. 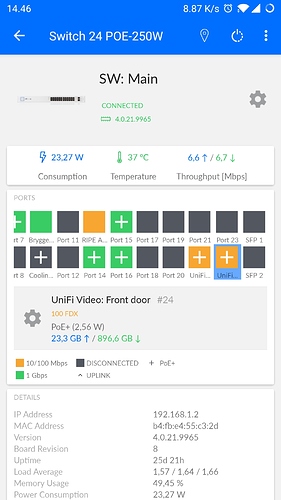 I know where I saw it!

It is on the box 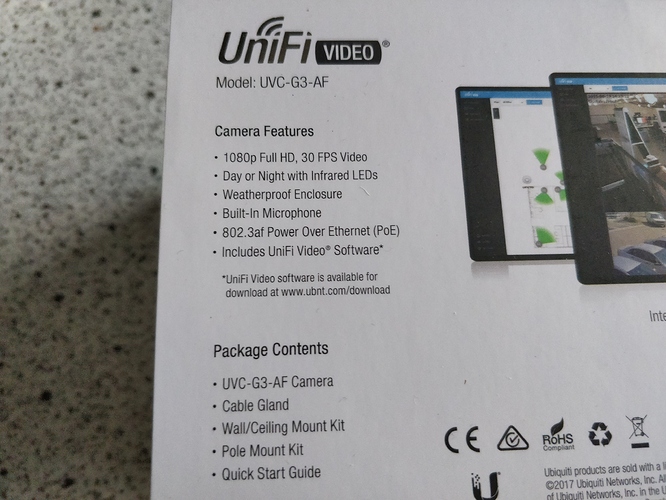