Hey I am looking to get a new switch. I am looking at the POE USW-16-PoE or USW-Lite-16-PoE
Both are sold out in Canada’s shop for a few weeks now.

What are some of the competitors? I have Ubiquiti APs already and a controller.
Figured I should stay in the ecosystem.

Dumb question is Layer 3 useful for soho at all? If I don’t know what it is I probably don’t need it.

But layer 3 may not hurt you either. If you need it fast, find what’s in your budget and buy them.

Do you gain performance or security?

You gain a lot of features, there is way more stuff to learn, but generally you can run them just like a layer 2 switch. 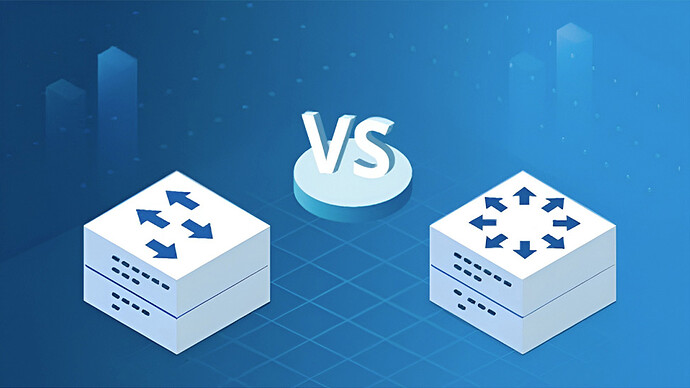 Layer 2 vs Layer 3 Switch: Which One Do You Need? | FS Community

Note, I do not have any FS switches, but have looked at them. I do have one Mikrotik CRS series switch and ordered another for work, there are nice features in them but not going to work nicely with your Ubiquity software so you may want to stay in that ecosystem.

Layer 3 features of most L3 switches are pretty much limited to simple routing and ACLs, intended either for inter-vlan routing, or routing between between switch locations (i.e. Layer 3 uplink instead of layer 2)…Although you will find OSPF, RIP and other features, don’t expected to be as robust as standalone firewall or router.

I buy a lot through Cables and Kits, just for a second opinion of them as a company.

I bought a Dell L3 switch two years back, it was very feature rich and was little overwhelming for me as it needed a lot of tuning via serial console or SSH using command line.

While the first few days were fun, spent several hours on it & learnt a lot but for a home network it was an overkill. So I ended up replacing L3 switch with a Trendnet L2 switches, which has a nice web based GUI for the set up and have VLAN functionality. One drawback of the Trendnet L2 switches is that the web interface is http (not https) so I put the management port for the L2 switch on a different VLAN to mitigate that aspect.