Hi Tom
If I remember correctly, in one of the vlogs you mentioned something about OpenMediaVault and raspberry pi that maybe one day you will look at it.

If you actually decide to do it, can I suggest you to use Odroid HC2 instead of raspberry pi? In combination with OMV, this is really a good little NAS for soho or as a second backup in a remote location as an alternative to cloud.
RPI especially 2 and 3 are a very weak solution for the NAS as you know. And FreeNAS is unlikely to appear for ARM.

Of course, OMV is not FreeNAS and Odroid HC2 is not a mighty x86 but it also has its place imho.

OpenMediaVault for ARM is based on Armbian, in other words, Debian stable. And you as a Debian person will feel like a fish in the water.

Personally, I use OMV + Odroid HC1 and HC2 in several places. Both privately at home and at some very small customers who simply did not have the budget for a large NAS.
Odroid HC1 + ssd can even be stubbornly treated as a mobile NAS.

For example, install in your tesla as a mobile backup. 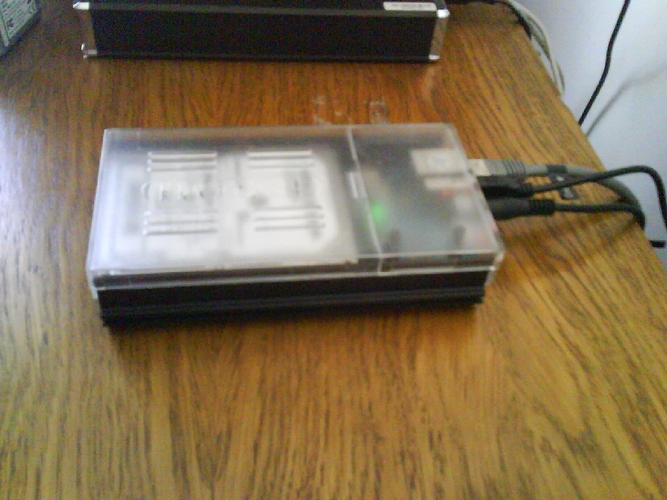 Yes, the Odroid is the one we were looking at, they also have a kit with a case that holds a few drives.

Hmm, I have not seen anything like this from hardkernel, interesting…
All the more puzzling that the Odroid HC2 and HC1 have only one SATA port. And in their case, only usb 2.0 is an option for more hdd which is in itself a bad thing.

I saw SATA splitter cards up to 4 SATA for other sbc, but this is a total guerilla approach.
I would rather treat such a small NAS in the category of one hdd. I have several users who have HC2 with 12TB / 14TB HDD and additional HC2 as a backup for the main NAS. In an environment of less than 10 typically office PCs, this works quite well.
There is no problem with the lack of RAID or the fact that there is only one HDD per NAS. The efficiency is maintained at a good level. Data security preserved in the event of a problem with hdd thanks to the notorious synchronization with the second NAS. Yes, there is no zfs but brtfs somehow can handle it.

Unless it’s about Helios4, but it’s different sbc. It has 4 hdd but the price is higher. Personally, I have not tested but heard positive reviews and is supported by Armbian too.

Anyway, it will be interesting to see your approach to this topic.

The price is what made us abandon the project, it was getting close to an ultra cheap FreeNAS build

Unfortunately, the price kills many of these solutions.

Nevertheless, I still think that one disk type Odroid HC2 is ok at these prices. For $81 you can have HC2, Power Supply + Cord, SD card, optional / not required Case.
Just mount the drive and the NAS is fully operational. Especially where there is a need for a passive / quiet and energy-saving solution with small dimensions. And the solution itself must be new and have a manufacturer / seller’s warranty.

It’s hard to do something similar using x86 at $80-90.
Possible? Yes! Hard? Definitely! The question of needs and philosophies. The soup is best eaten with a spoon and not a fork.