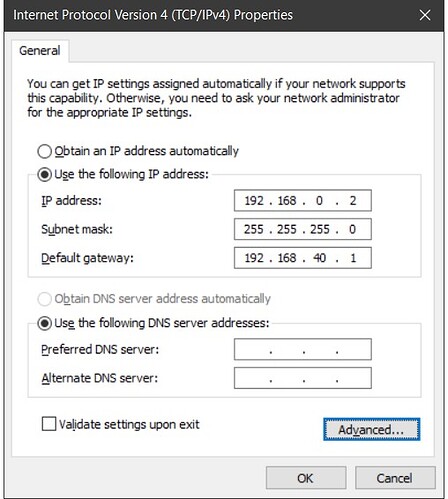 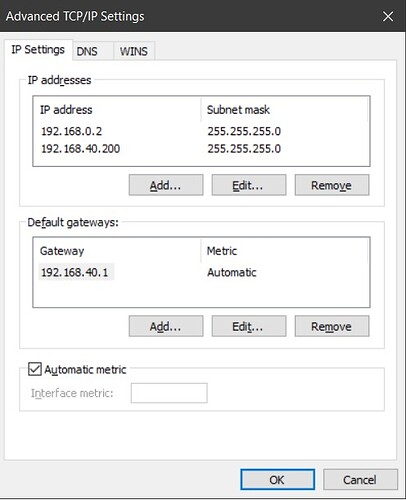 Your static IP settings don’t make sense, maybe that leads to the “problem” (which would actually be a fix then). The gateway must be in the same network as your computer, otherwise it cannot be reached.

Yes. Normally I have my IP settings as DHCP and I have a static reservation for my laptop’s MAC address saved on the DHCP server in pfSense. However, in this instance, I was testing my VLan I created for my old, loathesome DVR that I wanted on it’s on segment where it could reach “nothing”, isolated in it’s own little subnet/VLan because it’s security is terrible.

So, to test I moved my ethernet cable over to the DVR port on my pfSense SG2100 (port 4) and then intentionally set a fixed, static IP on the same subnet as the DVR to test my firewall from “inside” the DVR subnet to ping around and see if I could get out to anything. That’s when I noticed that, after I set the static IP of 192.168.40.20 (my DVR is 40.21) and saved the settings, a new IP address was automatically being created of 192.168.0.2. I thought I had fat fingered it but then look in Advanced Settings and see that there were actually 2 IP addresses: the first one I created and then a new one. Every time I try to delete the 0.2 address, something recreated it.

In troubleshooting I removed VPN software, deleted “ghost” or hidden adapters in Device Manager and think I’ve now resolved it. I even found an entry in the registry with that IP address being added to the adapter along with the one I set.

I think I’ve resolved the issue by either doing the “netsh int ip reset” function or perhaps it was one of the “ghost” or hidden adapters left astray in Device Manager.

This old laptop may be either getting a fresh format/reinstall of Win10 from scratch… or perhaps a replacement. Linux and Mac are looking increasingly more attractive these days.