Solved: New pFsense user, SMB share is not accesible anymore. What I did wrong?

Being the first post here I want to thank Tom for shared knowledge and all the tricks and tips, videos and all that.

To the matter at hand: I’ve built a pFsense box and it is running great, but running pFsense I wasn’t able to see the shared folders that I have on my LAN and can’t access Webmin.
Some details: previously, I had a DDWRT router and everything was running smoothly. I was able to access the shared SMB folder from our CentOS server and also using Webmin to address server maintenance. Some computers in out LAN are running Windows 7. and some computers are running various distros (Manjaro, Mint)

After I set up the pFsense box I managed to have basic internet aces, but I can’t see the shared folder in the LAN nor I am able to access the Webmin panel for server maintenance.
But I am able to ping the server, but that’s about it.
I know that I have to create some rules, but this is where I need some guidance.
What rules I have to create, what ports, what protocols and in what order?
I can post pics with my setup and actual rules for more details.
Thank you in advance for your time and knowledge!

Is this CentOS box on a different vlan? Or is there a local firewall running on the CentOS box that might be blocking traffic from the same subnet?

Hello and thank you for quick responses.
The internal network is structured like this:
www -->pfsense–>switch–>8 computers.

Here is the setup 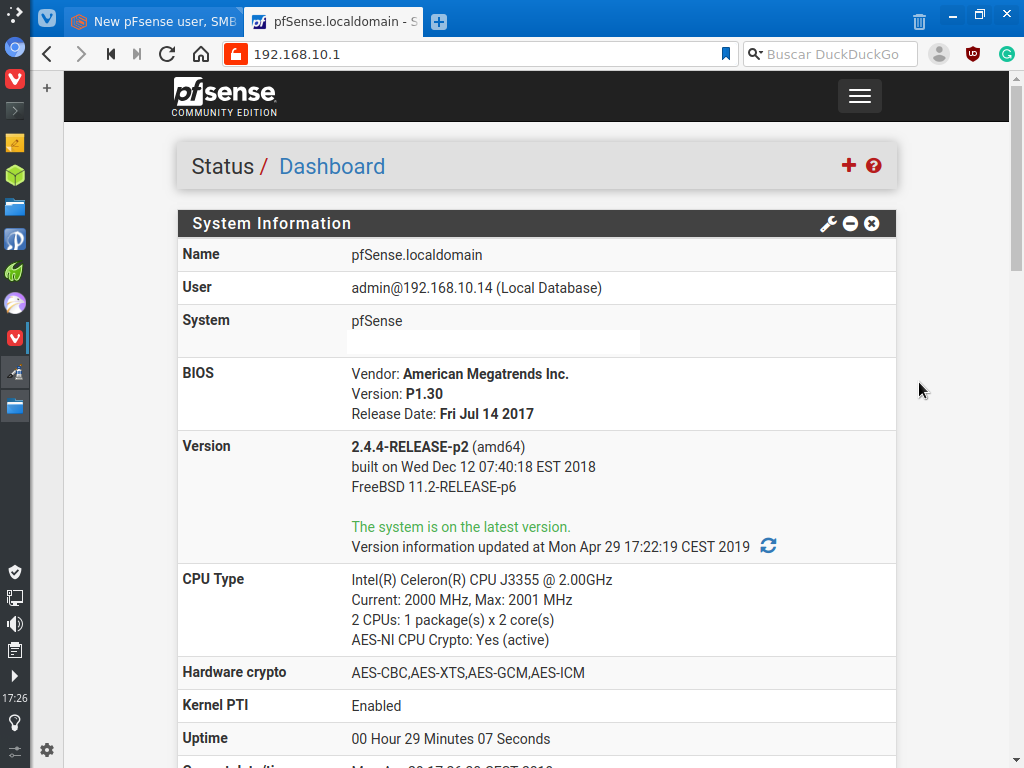 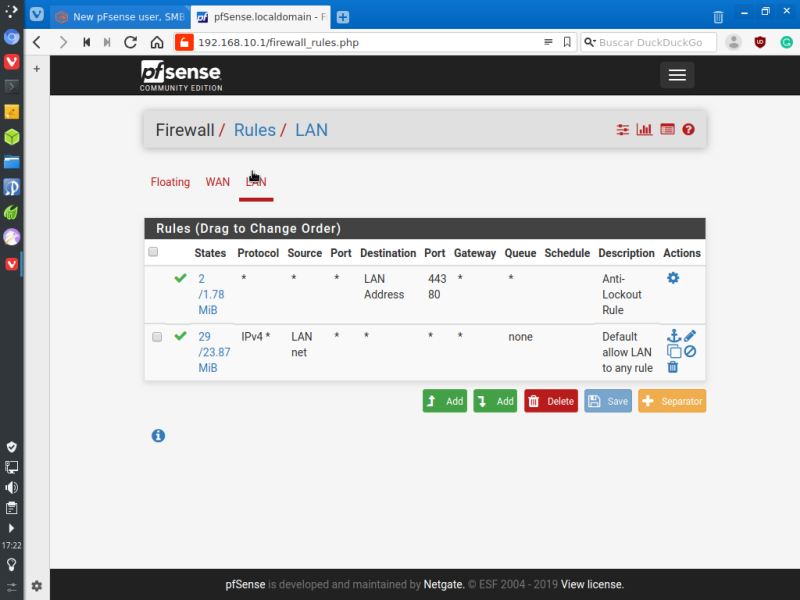 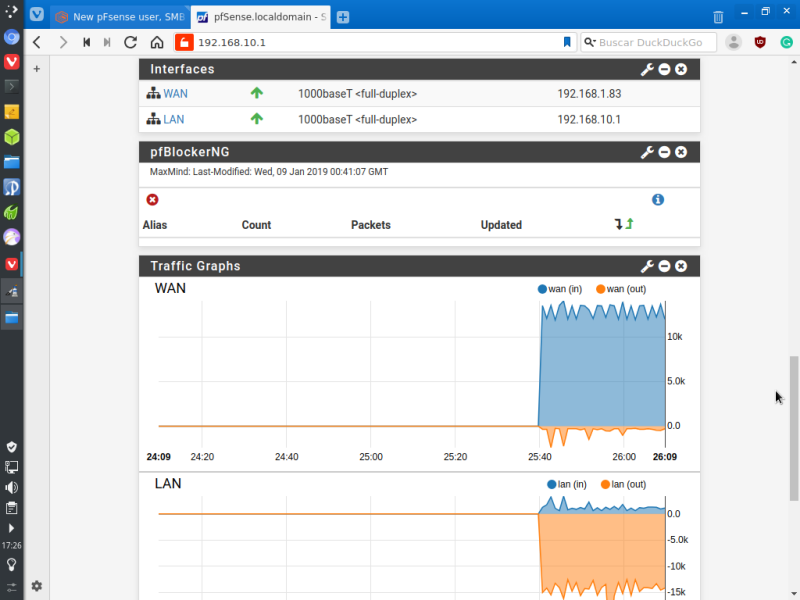 i remember pfsense being pretty annoying about this type of stuff. do you see anything that says bypass firewall rules for traffic on the same interface. Do you see any shares on any pc?..im also hesitant to blame the firewall since it looks like you have it wide open.

Hello and thanks for all your input.
Some updates:

After a few layman thinking and logical elimination, it was obvious that the culprit wasn’t pFsense. It was simply me, forgetting about some details about failban on the CentOS server who was set up in a way to create a block rule after a very few unsuccesfull logins.
More so, the NIC on the server was replaced and network connection sometimes acted up.

After a few considerations and simplifying what I really need,I ended up installing OpenMediaVault, set it up on the network and workgroup and everything now works as before.
Now, the pFsense box runs and just runs and runs.
Plan is to get hardware parts for an FreeNAS with ZFS in mind and shrinking the pFsense box to an ALIX or Netgate device.
Thanks again to everyone and will stay in the forum. I can offer advice on hardware repairs.
Cheers!