Smartphone and Cellular Network: How Does Phone Get an IP Address?

I did a search online regarding how a smartphone gets an ip address over a cellular network, but I couldn’t find information in the first page of Google search, so I thought I might ask a question in the networking forum (maybe it should belong in “Uncategorized?”).

I saw the page titled “Does a phone have an IP address,” but that isn’t the question I asked on Google. I am playing with Cisco Packet Tracer and I am thinking about adding cell phone networks into my global networking project. I’m using BGP for ISP-to-ISP networking. This is the challenging big project I am working on. 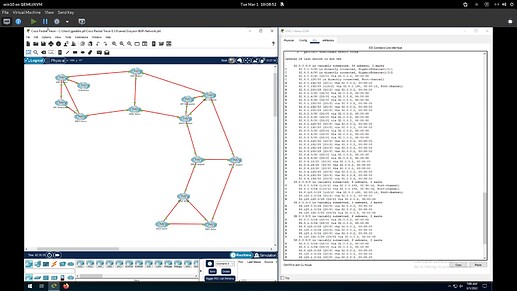 Given that there are over 6.6 billion smartphones in the world, there’s no way that smartphones can get its own dynamic 32-bit IPv4 address. 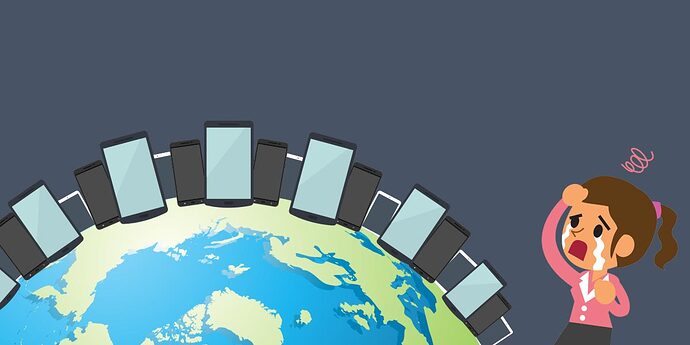 How Many People Have Smartphones Worldwide (Mar 2022)

There are over 48% of the world owns a smartphone and more than 63% have a mobile phone. Find out the exact numbers & penetration by 50 countries HERE.

So would I have answered my question correctly that mobile carriers are using CG-NAT to assign a private IPv4 addresses to smartphones?

Oh, I should have done a search! Yep. Carriers do use CGNAT and I saw it in the picture below the CGNAT section of the article:

What is Carrier-grade NAT (CGN/CGNAT)? | A10 Networks

The drive to adopt Carrier Grade NAT (CGNAT) is due to its inability to handle IPv4 exhaustion and to provide a path for migrating to IPv6.

So I did answer my question. However, I might leave this thread as is for anyone who might have the same question as I did.

I use the following site to generate a ASN CIDR block list for IP address that are allowed to VPN into my network and import into a pfsense URL alias.

Just one of many swiss cheese layers

Packet Tracer allows me to create my own global network, so it does not rely on AT&T Wireless or any other carriers. It’s just a simulation.

You should check out EVE-ng for building virtual networks. I use it for all my labbing and it supports lots more devices than what PT offers. Also, since you are running actual code you won’t have the limitations of PT.

Okay. I did some research and came across the comparison chart.
https://www.eve-ng.net/index.php/features-compare/

The max number of nodes is 63. If I am right about this, each switch, router, PC, and server is a node. I’m not sure if EVE-ng supports clusters that groups the nodes into a single cluster that Packet Tracer does.

What I have in my Packet Tracer project is I have 3 multi-layer switches, a router, a single computer, a server that provides DHCP services, and between 6 to 7 bridges that function as media converters for converting RJ45 to SFP for long-distance communication between different ISPs and to residential and business networks. The router uses NAT for a server and computer. Add all of that and multiply by 9 cities and I can easily go over 63 nodes, not to mention that a business network would have as little as 2 routers, 2 distributed/core switches, and 3 access switches and as large as two routers, two core switches, 3 distribution switches, and 5 access switches. Plus, computers and servers would connect to access switches.

Thanks for the suggestion though.

Most cell traffic in the US is IPv6, so no NAT at all. 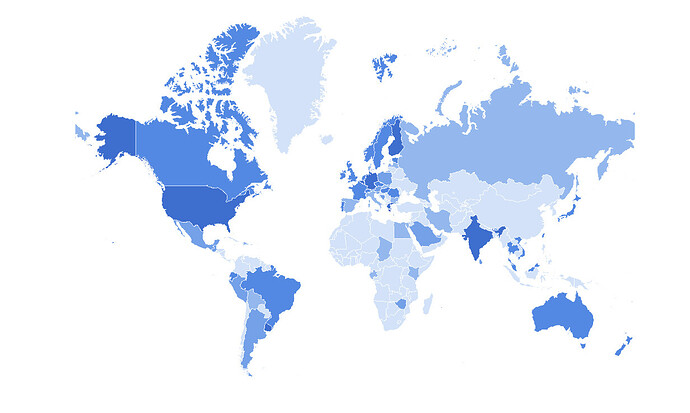 How IPv6 deployment is growing in U.S. and other countries

Since IPv6 first launched on this day six years ago, its deployment has grown steadily around the world, delivering significant performance, speed, and other technical benefits over its predecessor, IPv4. Even more important, the world is out of IPv4...

Heh… Meta… Yea right I won’t click in that.

Anyway, at least I now have an answer to my question. Thanks.

Update: I finally have a cell phone tower setup in Packet Tracer using CGNAT. No IPv6 because Packet Tracer does not support BGP over IPv6. 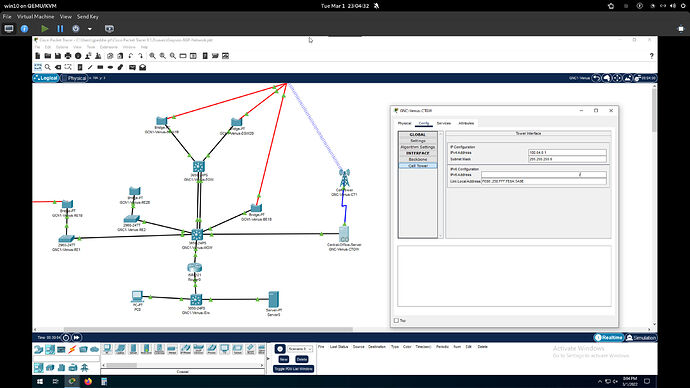 The smartphone in Smith’s house in Venus City connects to the cell phone tower, as shown below. 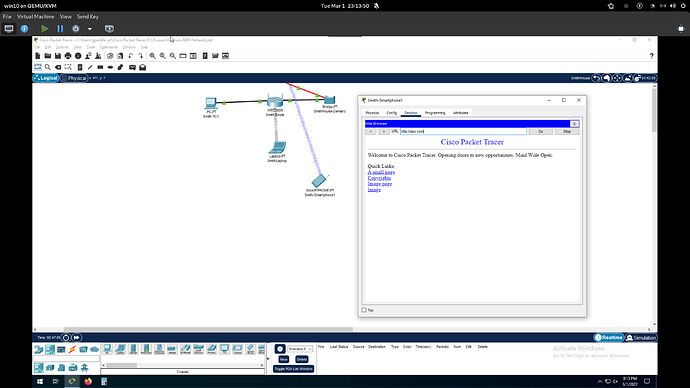 Now if Packet Tracer supports BGP over IPv6, I do not have to worry about CGNAT.

That’s one of the limitations of PT. I do pay for my EVE-ng license, but I consider it the cost of doing business being in IT. Another free option to consider is GNS3. You still have an option to run actual code and many other vendors are supported as well.

I will have to purchase Cisco equipment first so I can download the images off the equipment into GNS3. In the meantime, I can live with the limitations until I get a job.

Most carriers use ipv6 only and then NAT or 6to4 to get to ipv4 endpoints. this. My devices only have an ipv6 address but still can reach ipv4 address via a giant list of ipv4 nat pools.

I’m very happy I started a thread about this.

I don’t think I can make use of 6to4 given the limitations of Packet Tracer. Well, better stick with IPv4 in Packet Tracer until I have the money for Cisco equipment or maybe plan on spending $115/year (€99) so I can make use of 1024 nodes max. I might have questions regarding how carriers use of IPv4 NAT pools. This could be interesting. Might be beyond my knowledge until I gain experience in network engineering. I’m not sure if CCNP or CCIE covers that.

Until then, thank you everyone for the answers.

Unless you pay for a premium service, every carrier I’ve used gives each phone a CGNAT address…

You can get “Real” addresses for a premium.

Although looking at my phone now, it seems to have a routable IPv6 address in addition to the CGNAT IPv4 address

That is a consumer plan, so your IPv4 is most likely CGNAT
When I say premium, I mean like commercial or government plans that specifically give you a routable IP

(Should have replied earlier.)

Thanks. At least I can implement GCNAT for smartphones in Cisco Packet Tracer. I was only thinking of consumer plans and nothing else.