Hi Tom, great video, it fixed the headache I had when starting off with my SG-1100. Kudos! This all worked 100% where the SG-1100 was behind my ISP cable modem.

So I tried to place the SG-1100 directly on the fiber NTU, effectively replacing my ISP FttH router. And it works! But there is one strange thing I’m noticing. See screen shots below.

First: my FttH ISP uses tagged VLAN6 for internet (PPPoE) and tagged VLAN4 (DHCP) for IPTV. So I configured those two VLANs in pfSense and tied them both to the WAN “interface” using 0t,3t tags. Then I added the VLANs in the interface menu.

BUT once I enable the Internet (VLAN6) using PPPoE (required by ISP), the VLAN6 interface gets bumped back to the “available” drop down box and instead a “PPPoE interface” entry appears in the list.

It works though! I get a WAN IP on VLAN6 for internet (works) and another WAN IP on VLAN4 for IPTV (got 2 TV units running well using multicast streams).

So maybe this PPPoE entry is just as designed by pfSense? I know that in one of your videos you said you don’t use PPPoE much, but maybe someone here also tried this and came to the same result and behaviour. 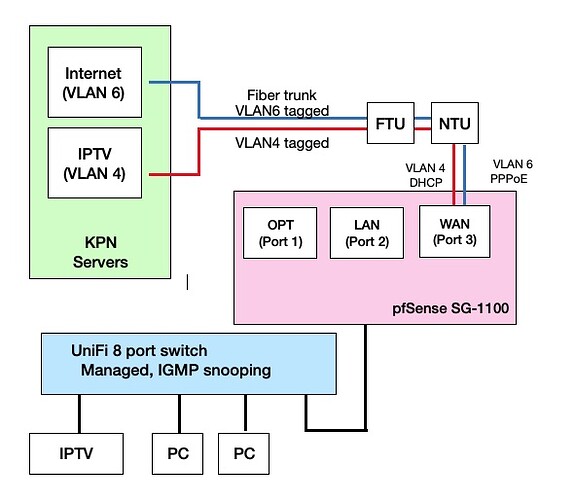 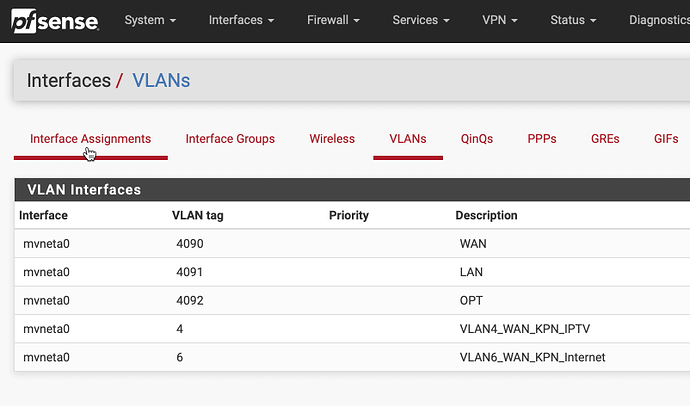 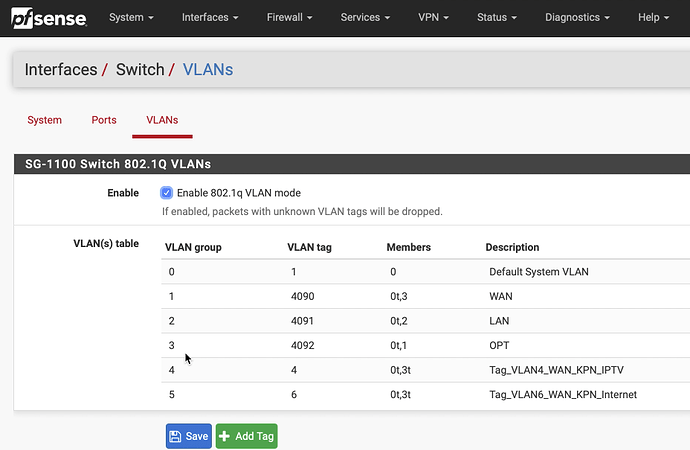 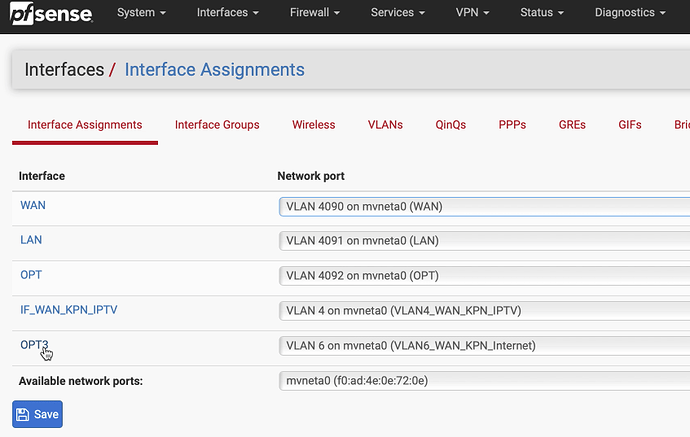 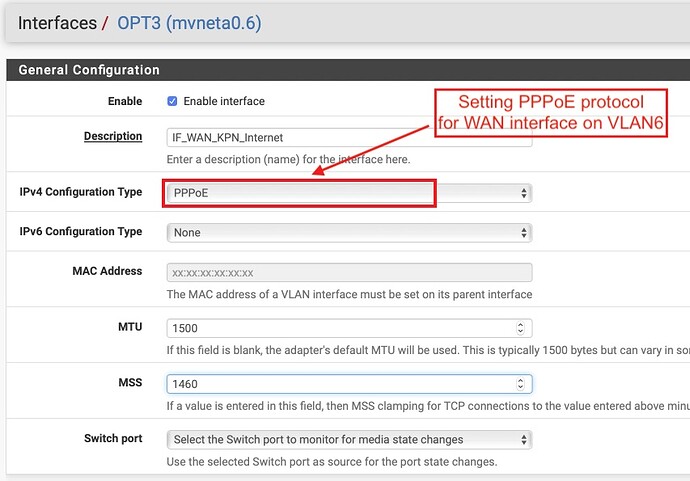 So the VLAN6 interface which had been added above, is now back in the “available network ports” section and I have a new interface labeled “PPPOE0(mvneta0.6)…”.