So, we run self-hosted screenconnect and I’m testing out some stuff with running the host page on a Linux machine (pop_os to be exact). Whenever I try to connect to a machine, it downloads the java web start file and I’m trying to figure out the best way to get it to run when I launch a session. Initially, I setup IcedTea to launch but when it runs it just seems kinda clunky. Is there any other way to run it that I’m missing?

No, their version for Windows has a better / less clunky interface than the Linux version.

That’s kinda what I was thinking. Kinda stinks but not the end of the world haha

Yep same problem here we have ConnectWise, I have icedTea setup on PopOs too - it does seem a bit clunky, though im moving my stuff over to Mesh Central now, everything is done via Web Browser so not too much of an issue - the sessions work inside the browser without having to install anything at all.

If you want to check out Mesh Central its here:

Its pretty slick, its free & open source too and secure!

My renewal for CW is up shortly, I dont think Ill be renewing as I have gotten used to using MC inside a browser on Linux, it just works!

This is also a cool feature: 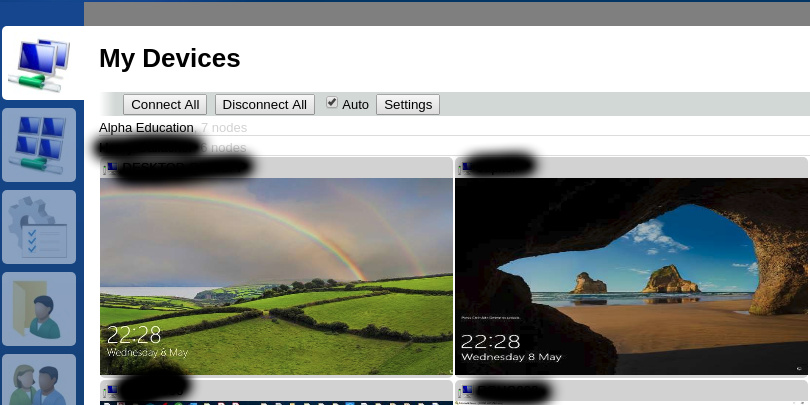