As the title states, I have installed freenas on a usb stick and the system hardware is the hp microserver gen 10, where I have 4 disks in it’s bay used for raw storage and one 2.5" drive where I install and run my jails.
It is being said that any OS that is read/write intensive for a usb stick. I don’t know if that goes for freenas, but are there any measures I should take in order to increase the life of the stick?

I’m playing with FreeNAS at the moment, given USB sticks are pretty cheap even for me, it’s probably a good idea to run with dual USB sticks with FreeNAS on them. You can also use a HDD for the boot drive but you won’t be able to store files on that, so is a bit wasteful.

The FreeNAS OS itself is not that write intensive so USB drives work fine. Always backup the config, no matter what the OS device is. Dual / Mirrored USB are supported as well.

There is a good write up here regarding options. 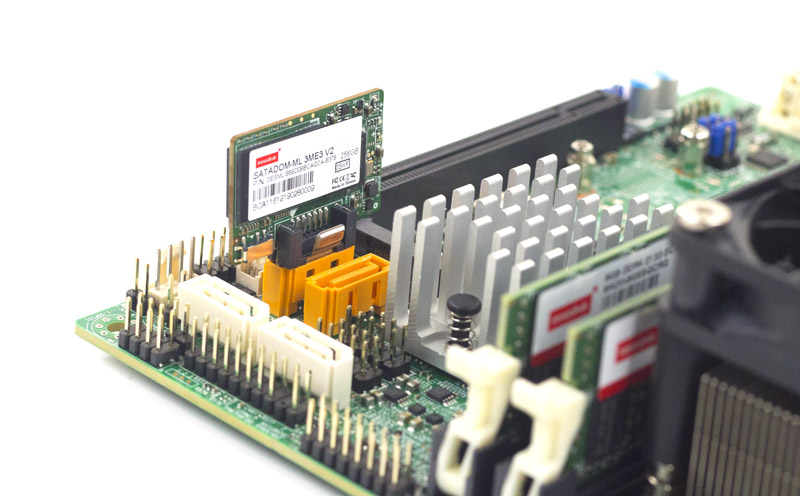 Mirroring the USB sticks, after the installation? Can you run freenas in mirror mode?
How is that done?

Easiest way is to do it during install as there is an option for that.

There are supposed to be ways to do it, but for me I would just backup, reload on mirrors, restore settings.

Never tried it, but there is this:

One of the things that I like best about FreeNAS is the fact that you have the option to run it off an inexpensive USB flash drive; in fact, that seems to be the preferred option and is the most …

I’ve done that process with some success and failure. The failure was taking a running system with single USB drive, and mirroring to an SATA drive. It did not boot properly after shutdown and removing the USB drive.

USB boot and then adding a second USB to form the mirror worked fine. Make sure to test boot on each drive!

Keeping a backup of the exact iso I was running, and the config backup has proven to be a very good practice and easy way to get back up and running after a USB failure. I think the last time I did this was about 30 minutes start to finish. Usb3 drives have not worked well for me, they all live a short life generally from heat. Same for usb drives connected internally, even if they have good fans on them.

Due to the age of the article, some things weren’t found as described. Like the ‘Status’ and ‘Attach’ for example was in the current version of freenas under Actions => Boot Pool Status. From there I was able to ‘Attach’ the 2nd usb stick.
Then ist started ‘Resilvering’ and at the same time I got a message that:

Boot pool status is ONLINE: One or more devices is currently being resilvered. The pool will continue to function, possibly in a degraded state…

Dont know if went down the right alley. We will see in a second.

When it creates a new array, it needs to resilvered, so it should be doing what you want it to do. But definitely remove the old drive and reboot to make sure the new drive is able to boot. If it is going to fail, this is the part that will fail, at least in my experience.

Hi, what about dual sdcard like Dell server provides? should be fine right?

SD card should work as well.