I need your help. I have a Dell R730xd SFF running Proxmox as a type 1 hypervisor that hosts a number of VMs and containers. For example, a Unifi controller, Windows 10, FreePBX, and a few Linux distros to name a few. In addition, I would like to spin up an instance of FreeNAS to back up some important files from my Synology server, temporarily, until I replace the expired WD Red drives. However, I have run into an issue with FreeNAS not seeing the available drives in the server node. Does anyone have advanced knowledge of Proxmox and running FreeNAS with other VMs?

Do you have the drives that you want to use passed though to the VM or did you pass through an entire HBA card?

Yes, I have the drives available to passed through. I would like to dedicate the six 1TB drives and configure them as a RAID Z2. If I were to pass through the entire HBA card to the FreeNAS VM I would not be able to use the HBA card for anything else. Hence, making the server useless and only able to work for FreeNAS. I definitely do not want to do that because I need the other VMs running for development, phone system, sensors, etc.

Can you share a screen shot of your VMs hardware, are you able to see the HDDs when live booting another OS on the same VM?

Sure! This is the following configuration of the VM: 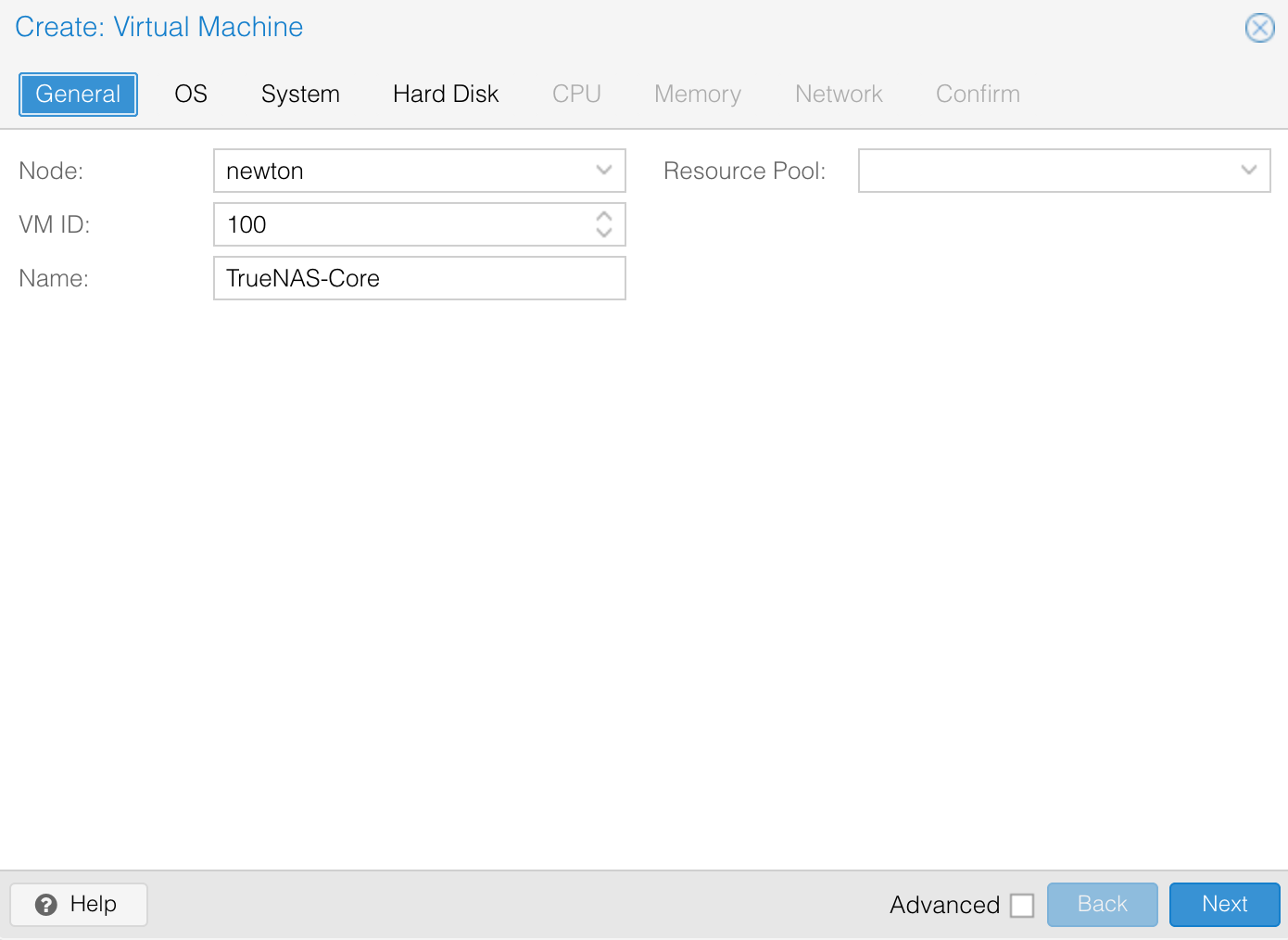 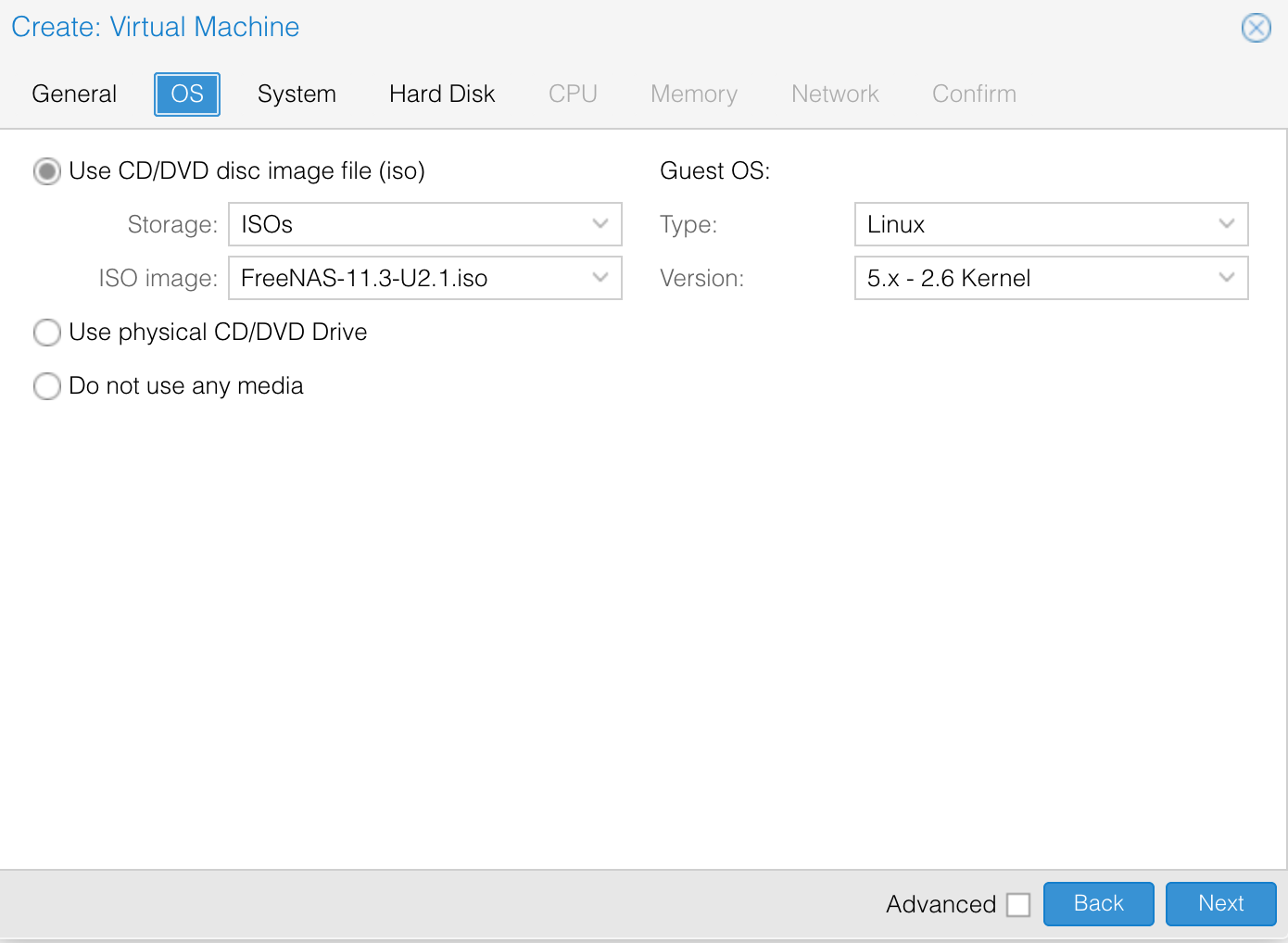 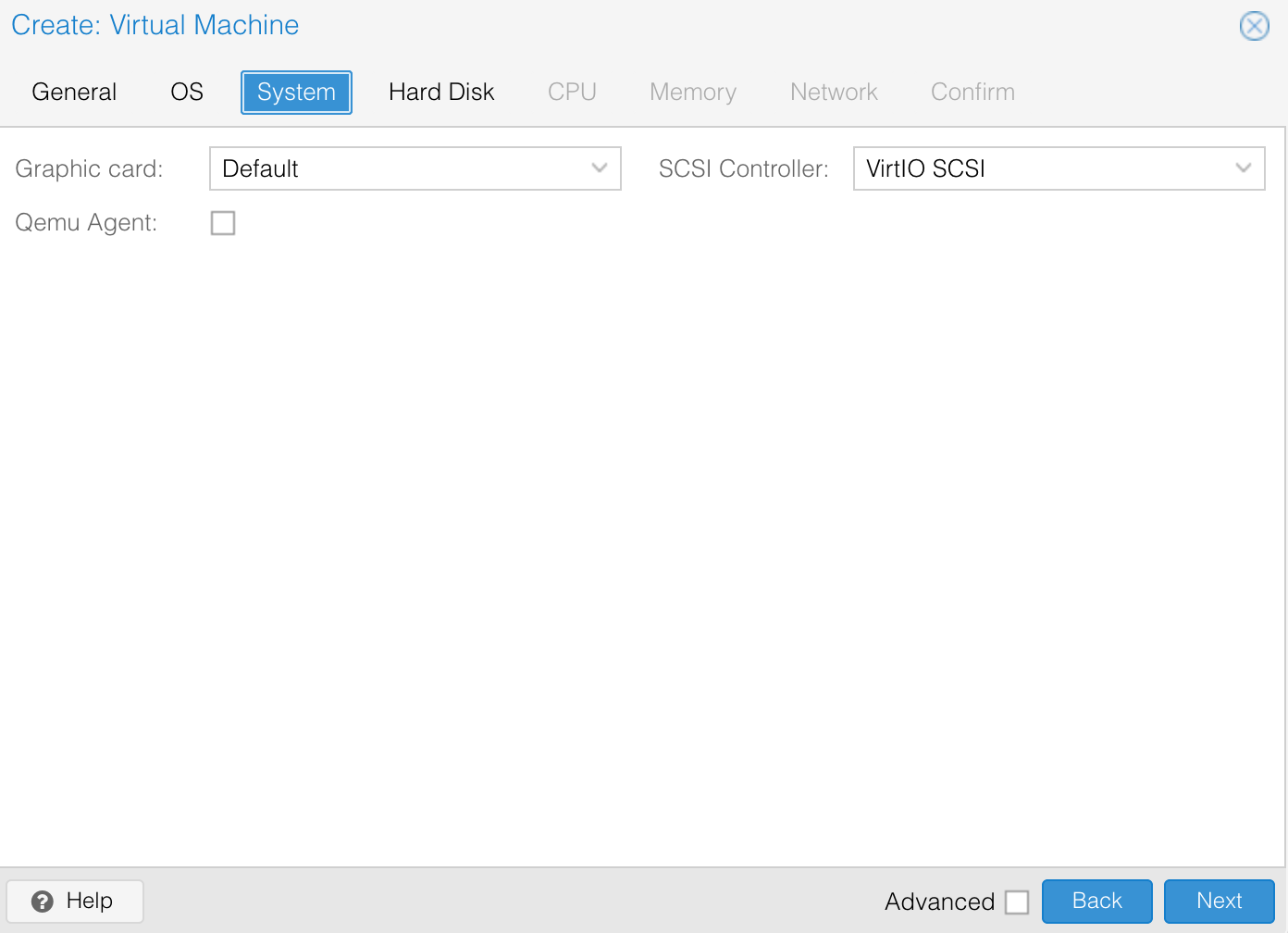 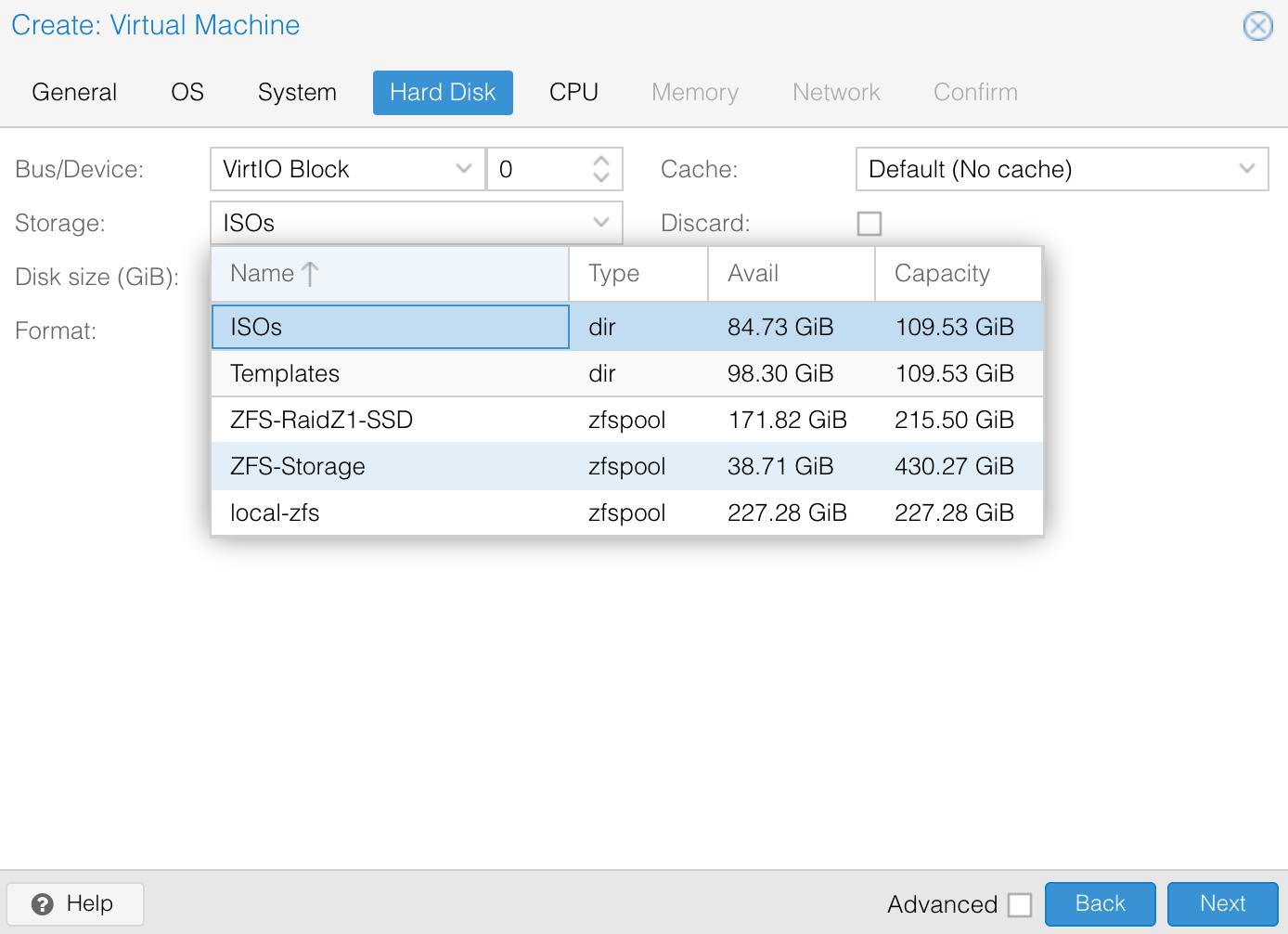 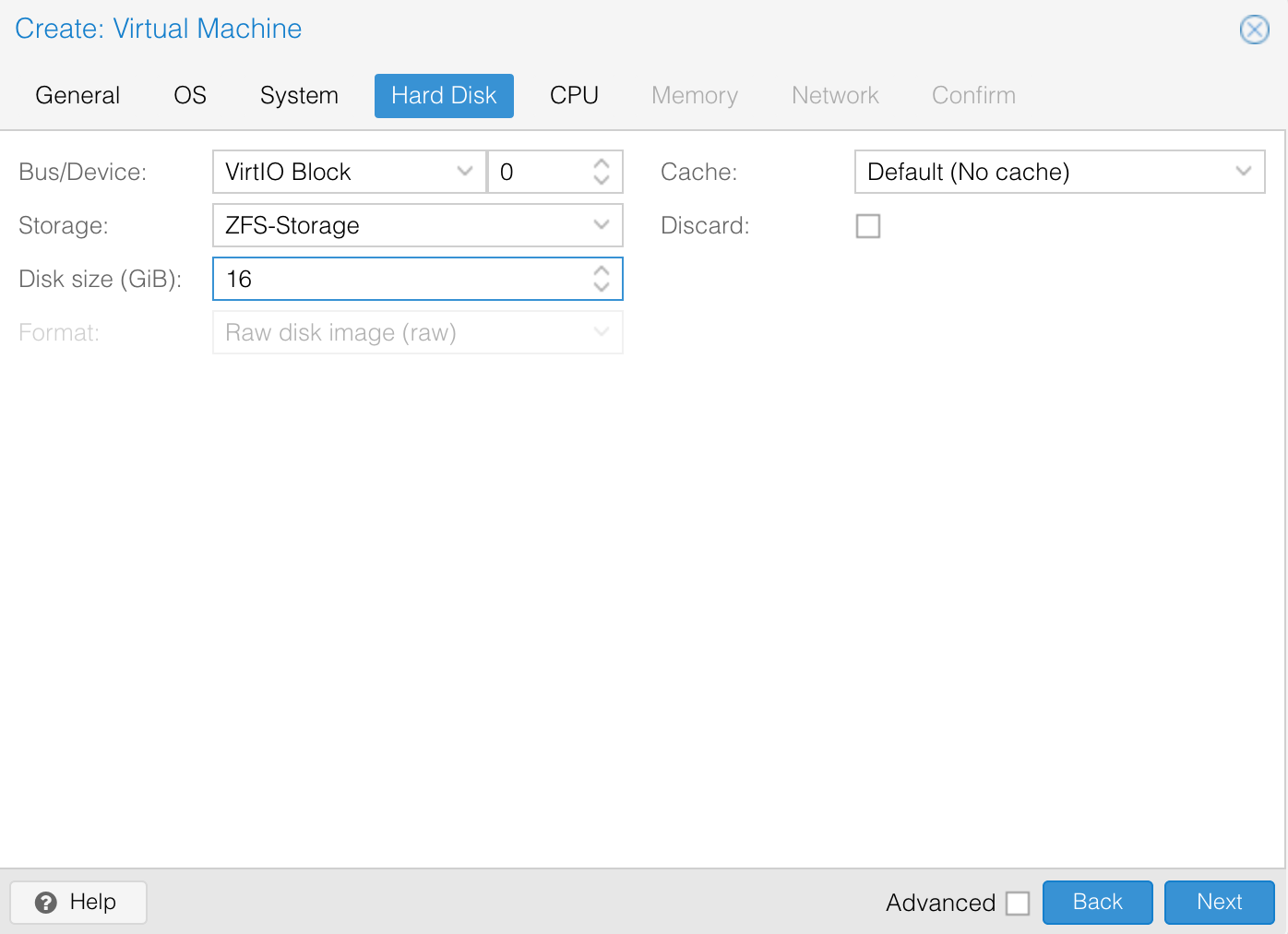 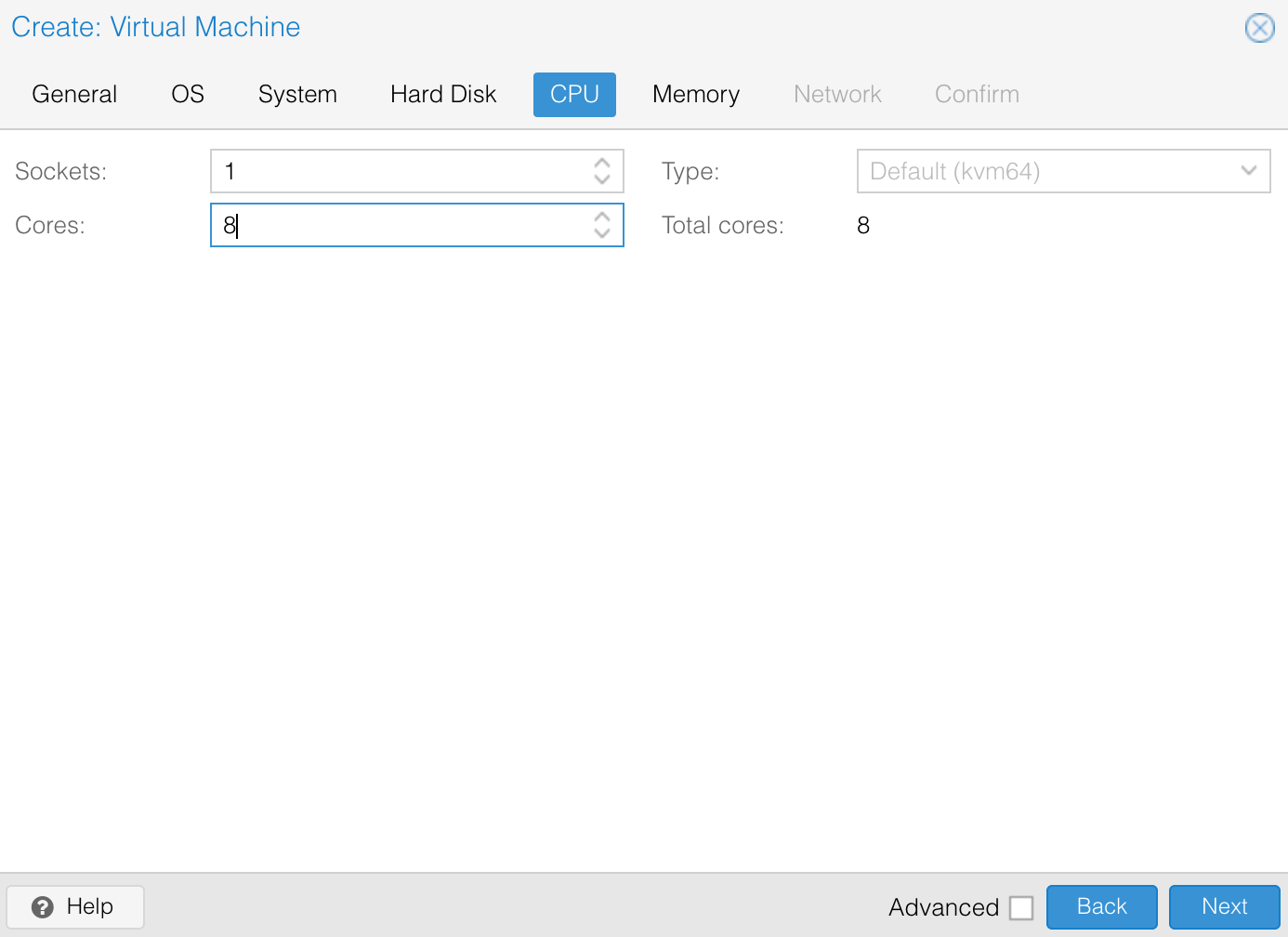 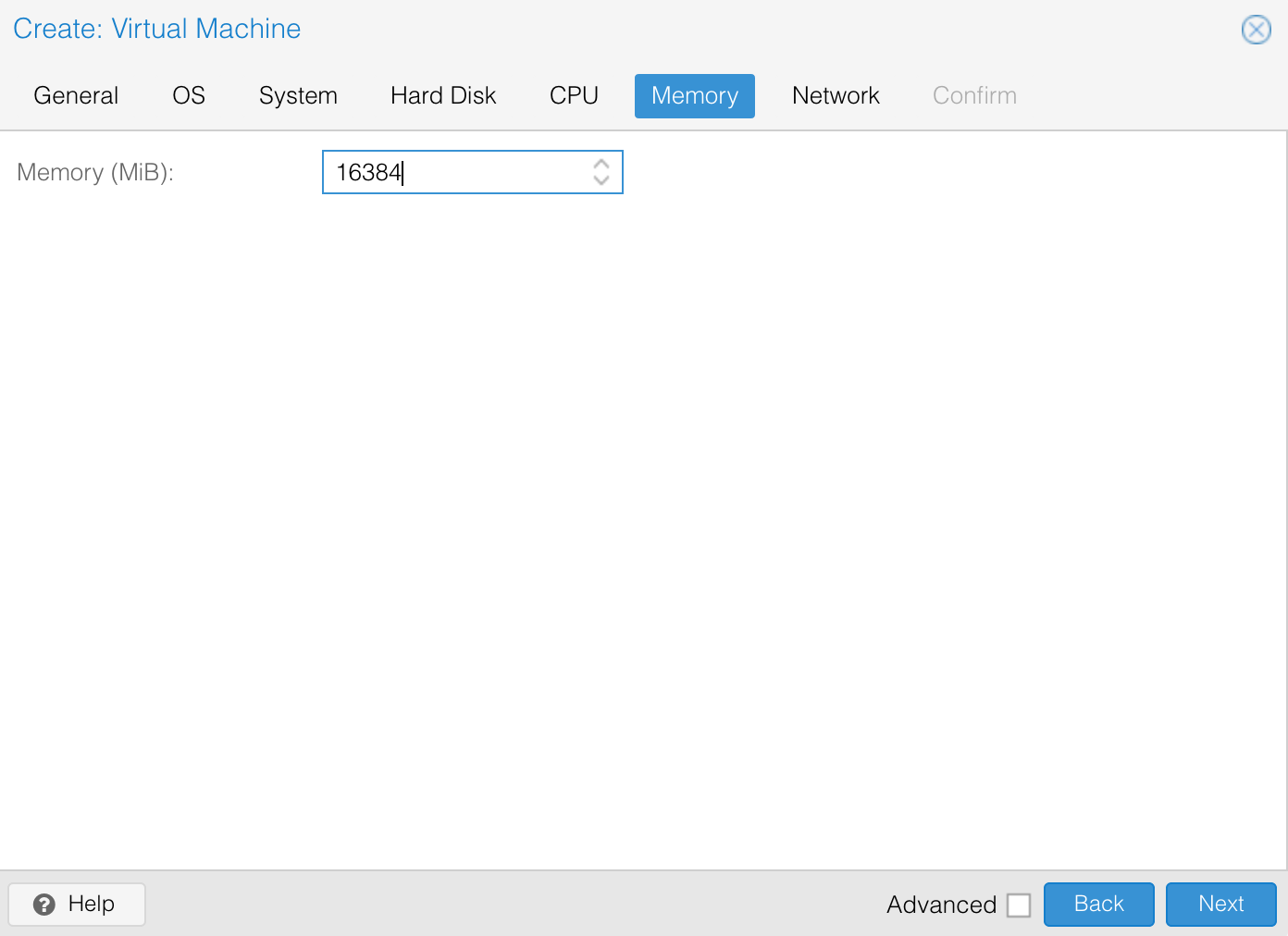 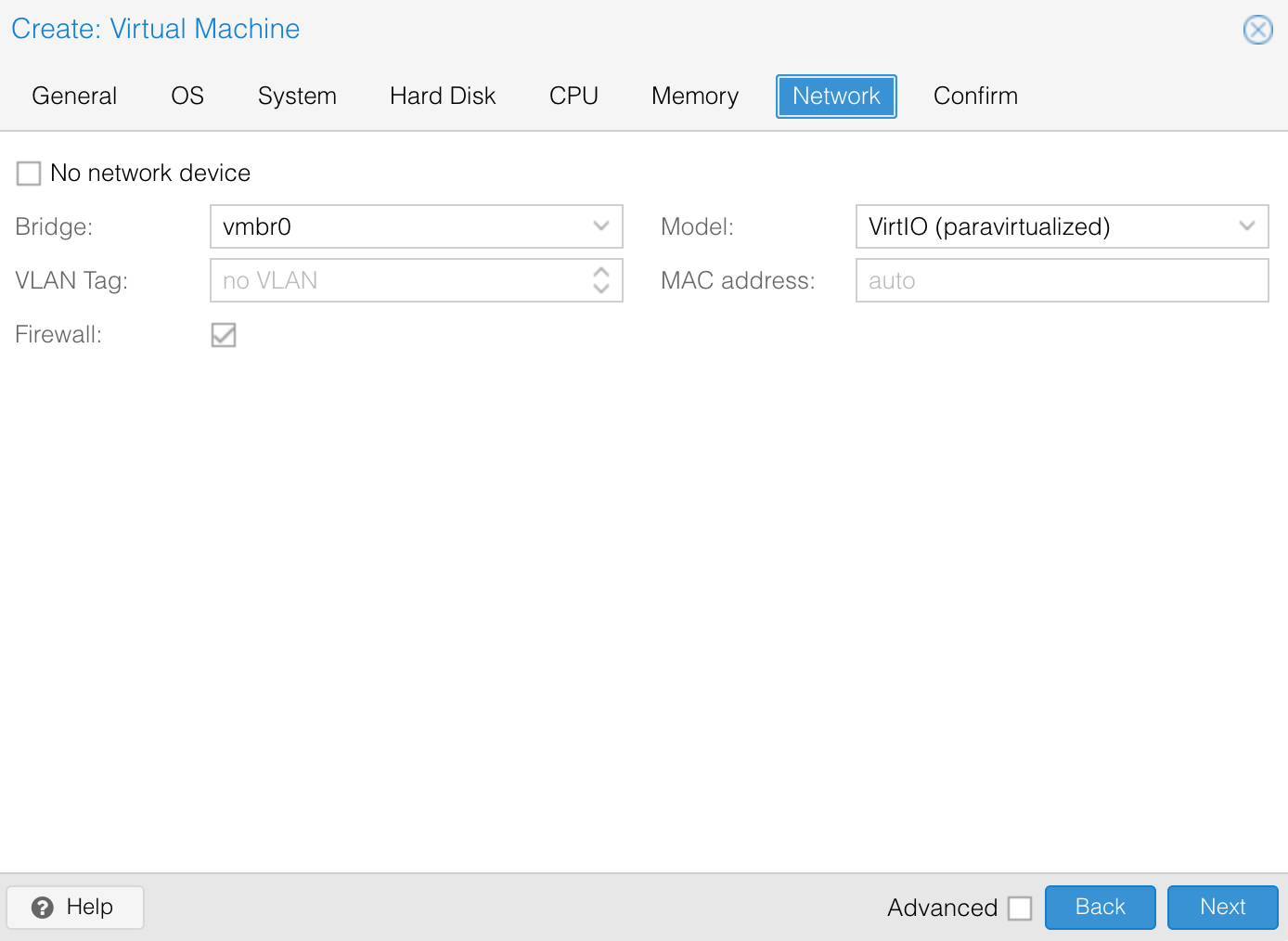 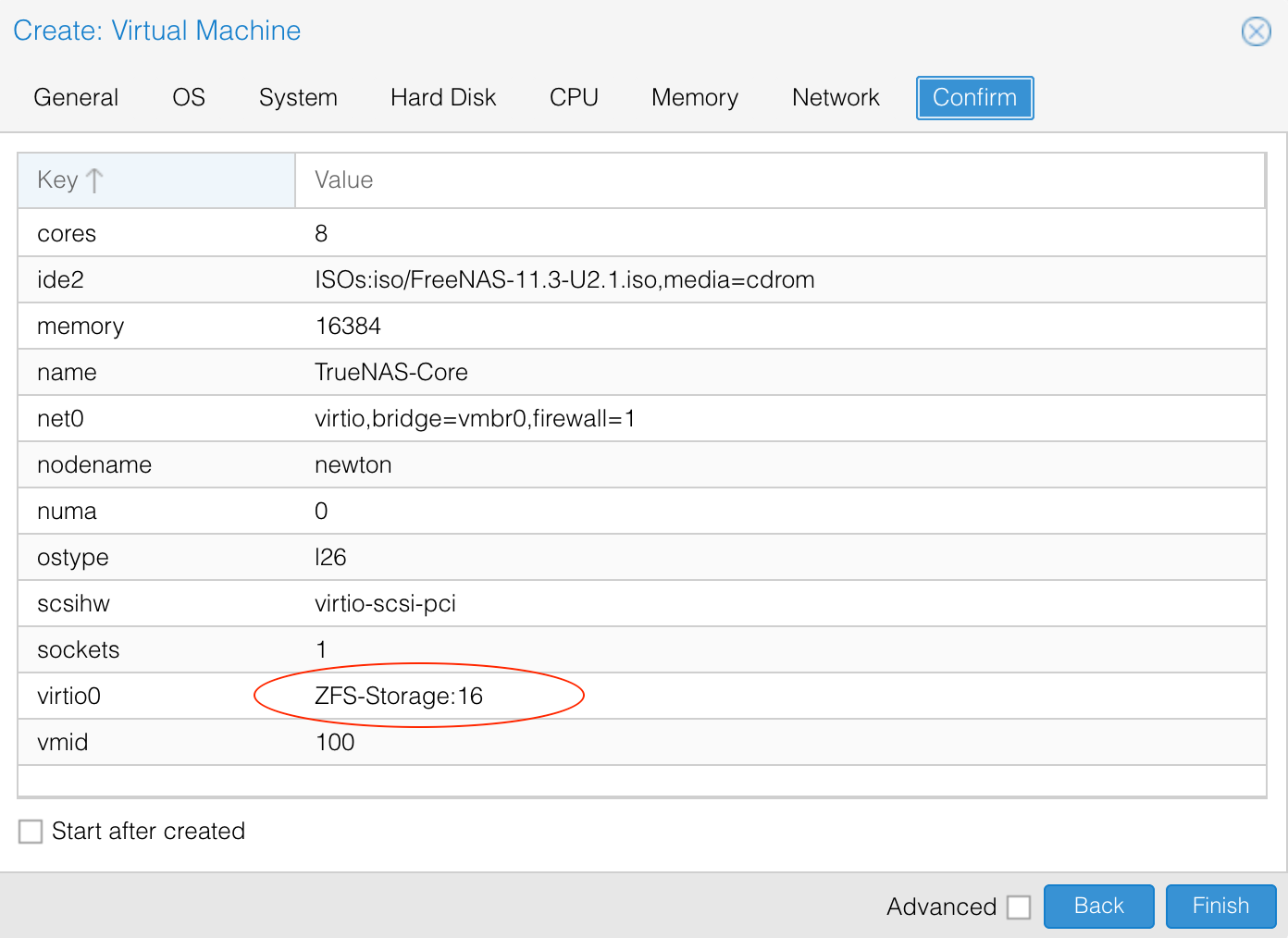 Please note that “ZFS-Storage: 16”, highlighted in red, is the ZFS pool I created with 4 ssd’s that is used for VM creation.

Everything installs as expected but the six 1-TB 2.5" enterprise drives or even the extra ssd’s are not passed through to create a RAID Z2 ZFS pool in FreeNAS. I understand installing FreeNAS on bare metal is a piece of cake. However, it’s not what I need right now. I just need a VM to back-up data from my Synology server and benefit from the robust nature of a ZFS file system.

Based on your photos you haven’t passed the drives though you have created a virtual drive using a ZFS pool. While this should in theory work, FreeNAS wants direct access to the disks. Also you have only assigned the 1 disk which would not leave you any disks for your data. I also believe you need to change the type to other.

I apologize, I think my explanation is getting lost in translation. The drives are passed to the hypervisor (in my case to Proxmox) and this is what allows me to create virtual disks using a ZFS pool (cool feature but not necessarily what I need). My problem is, I have no idea how to pass any other drives left in the node that are not being allocated for anything else. 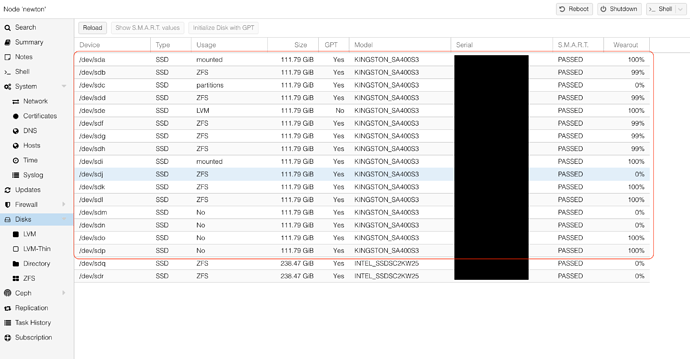 As far as the type is concerned, you can leave that as linux and it works just fine.

I have yet to do pass though myself but you will want to pick the drives you want to pass through and not have them in the hypervisor but instead add them only to the VM. If you look under the hardware section on your VM you should have the option to add more hardware with one being pci pass though.

Yes, when I was learning Proxmox I made the mistake of passing through my HBA and completely crashed the entire node. As you can see below, I have 4 available SSD’s that I wanted to create the ZFS pool for FreeNAS but I’m still trying to figure out a way to make that happen. If I’m successful I have six 1-TB enterprise drives I want to configure as a RAID-Z2 and backup some files from my Synology NAS. Hopefully there is a way, like you suggested, to pass through drives to just the VM but I’ve had no success thus far. 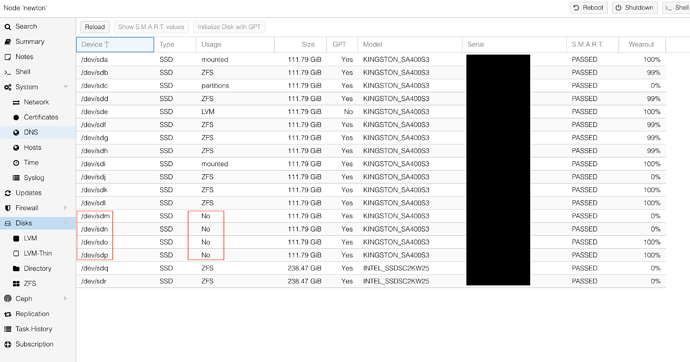 I just tested passthrough as explained on the proxmox wiki on my proxmox lab and it works for me.