Right, so I have a pfsense box and I am wondering there there is a way to have redundant paths in case a switch dies the other switch can still function as normal. Now I know you can only have all your VLAN’s go over one interface from pfsense but, I was wondering If a LAGG could be used and each LAGG member could be on different switchs? 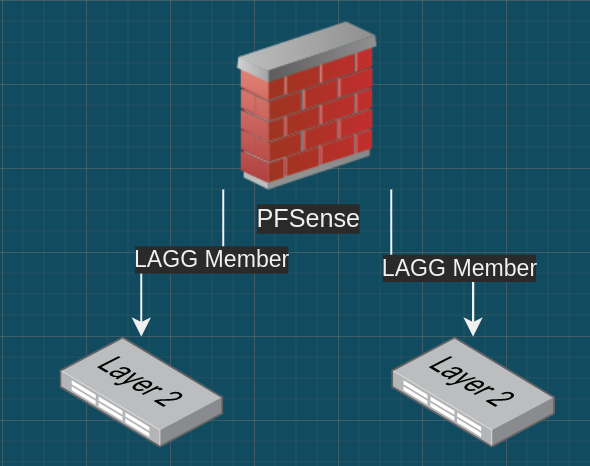 I figure that would be the way to do it. Does anyone by chance know if this can be accomplished with UniFi switches? As far as I know the switches would need to be in a stacked config and I don’t believe UniFi supports that.

I can’t answer that question since I’ve never done it. However, this video that Tom did might give a better sense, Tutorial: pfsense LAGG & LACP & Setup - YouTube.

Isn’t this what bridging is perfect for? Bridging | pfSense Documentation

But is this really an HA setup? As I understand it, there is only one router in play. But instead of a core switch, Maximus wants both edge switches connected directly to the router.

That’s true, it’s not a true HA Setup. There is still a SPOF in the design. If this is just for home use, not really a big deal. But if it’s for commercial use then more hardware would be needed. @xMAXIMUSx is looking for

And when I think HA I think redundancy. But in this case it’s not HA/Redundancy as you would need more hardware then what is in the diagram. However, with that said a LAGG will still do what Maximus wants to. I’ve always been told not to bridge unless you have no other options.

To create the redundancy for home use. Maximus needs, something like this. But this will not work in a commercial environment. Unless they don’t care about HA. 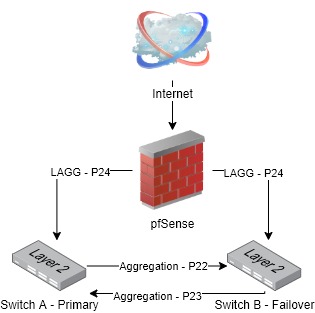 Now, this setup only is in case a port or cable fails between the switches. Maximus would also need to have dual nics or more on the devices in use for redundancy if a switch fails. Then setup NIC teaming and connect one port to each switch. By the way, you could do this on a Unifi US-8-60W if you needed to.