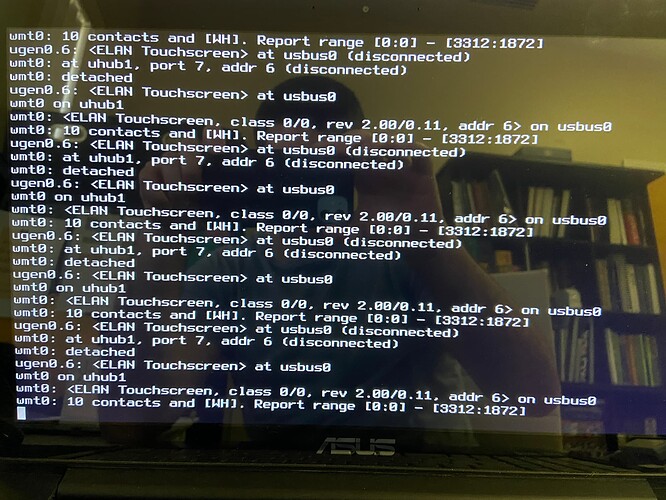 I am hoping I can get some assistance from some people on this forum. I searched for some answers on this forum and others and was unable to find anything that would help.

First let me explain where I’m at and my setup. I am new to pfsense and found Lawrence Systems to be a good source of information concerning this product. I currently have pfsense installed on a laptop. It is an Asus Q501L. I am using the onboard nic as lan and a usb nic as wan.

This set up works fine for a while. After a few days I lose access to the portal and once this happens I intermittently lose internet access as well. The only thing that seems to help is to reboot the laptop on which pfsense is installed. I thought maybe the usb nic was having issues, but that would not explain why I lose access to the portal which is on the onboard nic.

The picture I uploaded with this post is a recurring message I see on the laptop screen. This message keeps popping up. It should be noted this message appears while it is working and not working. I suspect it is a separate issue and relates only to the fact that pfsense is unable to access the touchscreen driver. I figured I would bring it up just in case their is a connection.

The only module I have installed is pfblocker ng. and that is at it’s default state.

Let me now what your thoughts are. thanks.

If you have a setup with normal Intel nics you probably won’t have too much trouble.

USB Network adapters can be very buggy with pfsense.

You could try disabling all the HW offloading options if you havent’ done so already. But in general I don’t recommend using a laptop as a router. pfSense is based on FreeBSD, which can be very picky with HW. As others stated USB NICs and also Broadcom or Relatek NICs can cause issues under certain circumstances. If you can’t get it to run stable, I would recommend buying something with at least two built-in Intel NICs. Or you could buy a cheap used SFF PC and then put a two or four port Intel PCIe network card in it…

The laptop was mainly for testing purposes since I had never used pfsense before that installation. Ultimately I was planning on purchasing an old OptiPlex and putting in an intel Nic. Looks like I will move forward with that plan sooner than later. Thank you are for the input.

USB NICs have been a problem for me. I have not found one that remains working for very long, eventually they all overheat and become unresponsive.

Also hardware offloading is a problem with USB NICs, the ones I’ve tried just cause lock ups with any form of offloading.

As far as the processor, not a problem to use AMD, my HP T620 Plus uses an AMD and it works great (Intel 4 port card installed). I’m told the T730 is a better value right now as it has a faster processor, just make sure it can take a PCIe card because I haven’t really looked too deeply into this model. 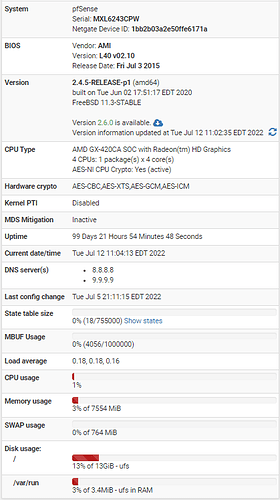