Outdoor setup for a theatre show

We’re looking to setup an outdoor performance using the Listen Everywhere streaming gear - broadcasting the audio from the band directly into the ears of the audience via an app on their phones. 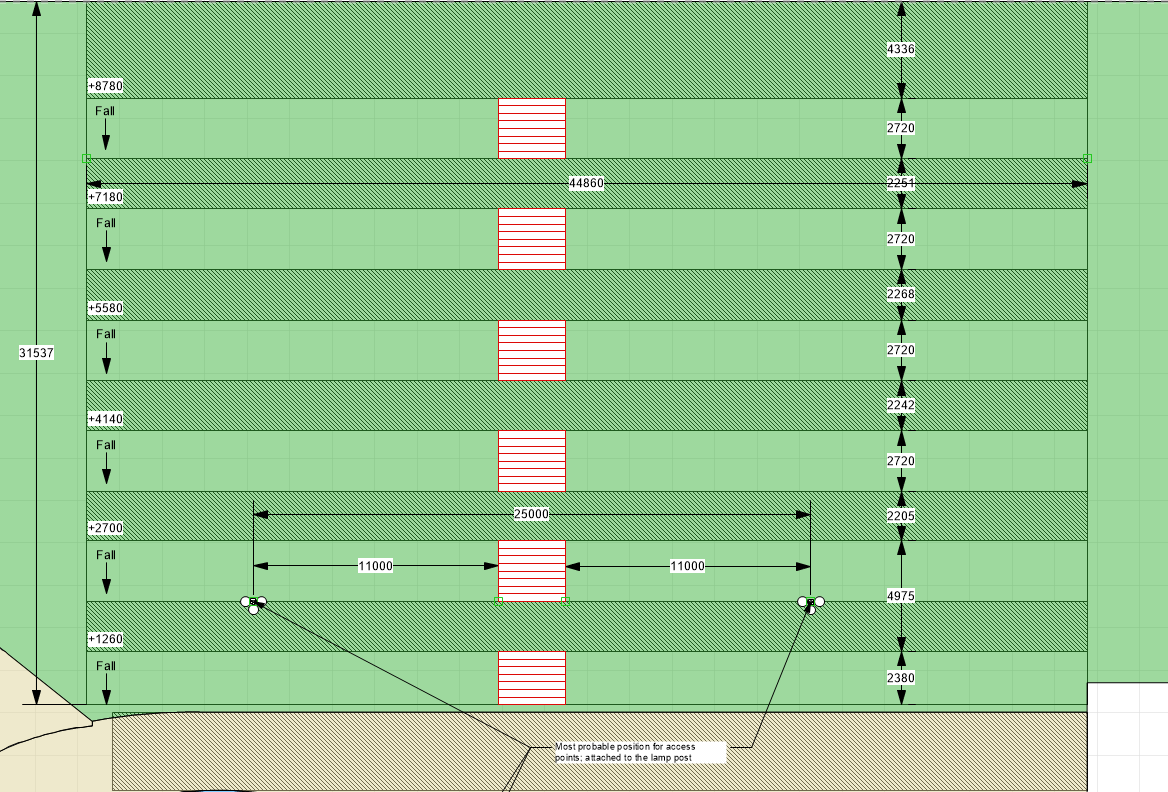 Currently thinking 4-5x UAP-AC-M (though have been told the Pro model would be better suited) spaced evenly around the area: two pictured, attached to pre-existing light pole, two more to be situated in a similar position from the top, though possible to put them on different stands that can be placed elsewhere. We’d also be putting some other gear on the network for use while setting up, but won’t be using the network once the show starts, and will primarily be wired connections.

I have posted this on other forums to get a variety of opinions. Last thing we want to do is buy a system that may not be sufficient, because we won’t get the opportunity to test it out under full capacity (which is going to be fun…).

We’ve not fully committed to the system, as there are questions about the practicality of relying on such a system given the primary audience are not necessarily technologically inclined, but that’s a separate discussion…

Comments on this setup or things I might need to consider would be greatly appreciated.

First challenge will be if there is no internet on the connection most devices will prompt to drop the network connecting to that WIFI. 200 people would only need a few units, six should work as with such a low bandwidth app you can have plenty of people per device.

At PAX Aus at medium crowd densities (table top area) we experienced some Bluetooth connectivity issues (dropouts) between devices and controllers. Shouldn’t be an issue at your crowd densities but if you get unexplained complaints about intermittent audio don’t overlook a possible Bluetooth issue.