I read this piece over the weekend, and am just curious what people in here would think about it. 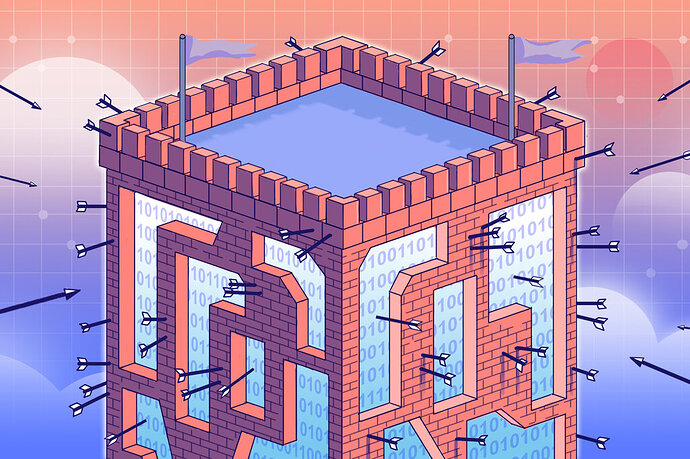 It’s Time to Stop Paying for a VPN

Many virtual private network services that were meant to protect your web browsing can no longer be trusted. Here are other ways.

In theory, the idea of running my own self-hosted VPN on a cloud service seems attractive, but I’m still skeptical that it would be more effective than using a paid VPN or even just self-hosting a VPN server on hardware in my house.

Also, reading through the Github readme, issue list, pull requests for Algo VPN didn’t really make me any more confident. I have more to learn in this niche, but the project seemed more like an opinionated Ansible config than a tested, hardened deployment.

I suppose a lot of it depends on use case. There are many different VPN scenarios. Anyway, I’m interested in what professionals would think.

The payouts for content creators to make VPN videos are really really good which is why VPN’s are oversold. Unless you are torrenting or need to get around IP geofencing I don’t really see a need for them.

Not sure I’m a professional but have been using a paid VPN for a while.

That article isn’t that insightful however I think it’s aimed at people who are not familiar with networking.

Mostly these paid for VPNS allow you to use another IP address instead of your own, after that you ought to assume they can see your traffic. Recently Proton gave up details when compelled to do so.

However, what I will say these dodgy VPN providers provide a means with which non-techy people can setup a VPN, to give them whatever they think it gives them.

When you know how it’s possible to setup your own OpenVPN server, most people will struggle with that.

Privacy isn’t that much of an issue for an average issue, they just want to get online. Understanding all this networking, security, cryptography, ciphers etc. is beyond the average user.

Google / Facebook / ISPs make money from your surfing, if the VPNs do so too then I don’t think the majority will care.

I’m using WarpSpeed (WireGuard) - it has a simple web UI, can invite friends via email or add a server via config file or QR code. I’m hosting my servers at DigitalOcean: NYC, London, Singapore. I’m traveling a lot. You pay for what you use. Their speed is incredibly fast. You can have everything running in a couple of minutes, literally. Create an account at DigitalOcean, create a Droplet with your desired geoloc, choose WarpSpeed from its marketplace, create, login via ssh to finish the setup.

I do have another server at home on the Nvidia Jetson Nano, but that’s all the way in Romania, while I’m mostly in the US.

I would definitely never go back using a VPN service.

They are my servers, I pay about 10 dollars a month. I can create/destroy a server if needed anytime. I mostly like that it’s mine, it has a dedicated ip so I can whitelist it on my firewalls because I manage a lot of dedicated servers. Oh yeah, I can easily add/remove friends anytime.

I highly recommend you hosting your own VPN server.

i am not sure what the point of self hosing your vpn in a service like digital ocean, they will be able to see the same traffic your isp could and they would probably have more rules around what you can do with it. Not to mention limited bandwidth and it would probably be more expensive as you can get other VPN services for like $3 a month if you buy a 3 year plan and with that you get unlimited bandwidth and all the different servers you can connect to but at the end of the day i do agree with Tom on why you would use a VPN.

Self hosting a VPN in your home could be a good idea to be able to access any internal services you want to access away from home but make sure you use trusted server software and keep it up to date as it will be exposed to the internet.

If you want true privacy use tor, its free to.

Kinda with you @originalusername though running a torrent on DO sounds like a seedbox, perhaps you would get faster uploads.

Im not sure what there policy on torrenting is but you would probably run out of bandwidth before you find out.