Need some Advice on Setup

I have been using QNAP devices internally at home to house our Plex, but have been looking to move to something a different. But I’m stuck between Option #1 - running a Host (PC or MAC) running Plex Server with a few direct attached storage arrays (approx 210TB) or Option #2 - configuring a host running TrueNas and adding storage arrays to that box. Now I’ve never used TrueNas before and I’ve got to learn about Jails and other unique terminologies. So there is a bias of choosing option #1 because of familiarity, but I’m looking for a long term solution.

I watched a few videos and thought maybe I should pose the question to the forum for advice.

I have a R730xd currently and Mac Desktop and was thinking about adding some Dell MD1220’s units and some MD1000 for the 3.5" drives but I learned those are only 3GB/s so I’m also looking for suggestions on a good box for the 3.5 drives.

Any and all advice is greatly appreciated.

If you want to use it as a storage server then TrueNAS is great for that, but the first question is does that system allow for the drives to be passed through to the OS or is it only acting as a raid controller? TrueNAS and other ZFS based systems require direct access to the drives.

Well for the R730xd potential setup I was thinking of using 2 - LSI SAS9300-8e that I have to connect the drives to it, but I’m not sure if that card will support the 24 drives in the R730xd. I assume I’d be able to connect the MD1220 units via the External SAS connections. Also assuming this would work whether I go with TrueNas or Windows given it would be the same hardware correct?

On the Mac side is a similar setup, Mac to Thunderbolt 3 PCI Card - which is a ATTO H1288 which I think can pass-thru the drives not sure. Then connect up MD1220 or another device for to hold the 3.5" Drives.

Any thoughts on a good device to use to house the 3.5" Drives?

Also is TrueNas hard to learn and manage? I’m not familiar with the ZFS RAIDs but I think they are somewhat similar to regular RAIDs right?

The most recent can be found here, the older ones I have cover FreeNAS which is mostly the same but the older interface. 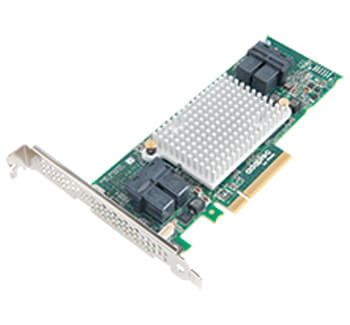 Not a bad price!

Thanks for the info everyone. So here is an update. I decided to use an old HP Proliant DL380p with 12 LFF slots instead of buying a new Dell R730xd. It had a P420 card in it and I heard about a lot of problems getting this card flashed, so I got a HP H240 HBA card instead. So the TrueNas installer can see all 24 drives within the NetApp DS2446 I have.

I’ve been doing a bit more research and I’m a little torn on whether to move forward with TrueNas or go with Unraid. I’m leaning towards TrueNas giving the large storage levels that I plan on using right out of the gate. Looking for opinions.

My NAS will be designed to house video for Plex and another Media Server as well as storing VM’s for a VMware ESX server.

Looking for thoughts on Pool designs if the consensus is to stick with TrueNas over Unraid. Also is it possible to create high performance pools just for the VM usage?

I’m curious are you using magnetic drives or going with SSD’s?