Need advice on buying this server on ebay

I am looking to buy this server for pfsense. Do you think is it good enough for that use case as I may be doing some VPN, going to learn what suricata is and all? I am home user and has no use in my work life. Just want to learn. 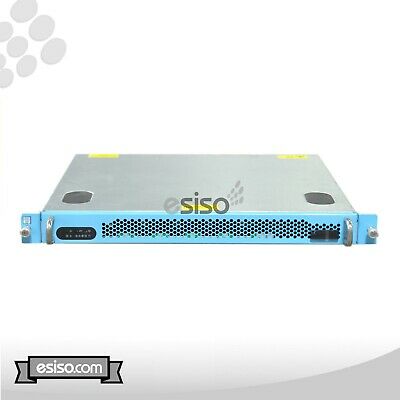 I’d always be concerned of heat issues adding 10gig to 1U servers.
That said, Craft Computing has an excellent youtube channel where he reviewed these. That should be plenty of machine, and if not you should be able to add more cores by swapping processors and more RAM.

I’ve run pfsense on much older X7 series boards, and it runs fine.

I also run one on an HP T620 Plus which seems to be fine, but this one does not run Suricata or really much of anything other than openVPN in site to site between home (T620+) and work.

I’m not sure about the 10gbe connection, do you have need for that much bandwidth? if you can se that much, I’d be interested in your results. At home I can barely get 70/6mbps from my cable connection so the NIC almost doesn’t matter. Not sure what we have at work, but I get 900+mbps down and have a hard time finding fast enough servers to really test what we have for up, but more than 400mbps on most days. Just an older Intel 4 port gigabit NIC installed in an Atom c2758 based machine. It does run Suricata, openVPN (server side), and e2guardian for web filtering.

I’d be really interested in the noise factor!!! I’ll have to go back and watch his review again. It looks like you can put dual 12 core processors in there (48 threads) and bump the ram a huge amount for running virtual machines which I’m interested in doing. Even as sold, you’d have 24 “cores” to work with in XCP-NG per machine, just need enough RAM to make it all work.

[edit] not very home friendly in the noise department with the CPU’s he installed.

At home I primarily use 10Gbit for backups to my TrueNAS. That said I’d like to expand that for iSCSI luns for remote VM storage as well and replication to another potential TrueNAS box. I was using Unitrends for VM backup but I hate the product and have moved VM backups to Veeam now. (And Poxmox native dumps as well of course)

not very home friendly in the noise department with the CPU’s he installed.

I’m sure they sound about the same as my old Dell servers or any Supermicro X7 series server. The X9 are probably half the noise as the X7, and the X10 are even better than that (2u compared to 2u, single unit might be louder).

Thank you for your input. I don’t have a need of 10G to be honest but I have one NIC laying around so why not. I do have 1G connection at home for internet though. I am going to replace fan for something better for noise control. Currently I am running it on good hardware with ECC support which I want to move for my TrueNAS and what I have in truenas AMD 2400G for some kinda hypervisor. Current pfsense self build is over $600 build and I feel like I can get cheaper and put one I have in good use with some shuffling around.

If you want quiet, I’d probably go with an HP T620 Plus, going to cost the same in the end, but way less power consumed and less noise.

I would not recommend changing fans in a server unless you are replacing with the same type and flow rate. Putting in a slower fan could lead to short component life on an already old machine. But that’s just me.