Did a quick search and didn’t see anything come up other than a comment on another thread linked at the bottom. Who’s all using Mesh Central? Who’s heard of it and how do you like it if you have heard of/are using it.

I have a small MSP and we were using TeamViewer and starting to migrate over to ITarian before they change their “Free forever” model. Soon after that I discovered Mesh Central and have been using it ever since. It’s been a super solid platform and the developer is VERY active on the project, typically fixing bugs within a day or 2 of submission on the Git. He’s also super open to feature suggestions and keeping a high level of quality and security built in. I’d love to hear from others who are using it or people who are curious about it now that it’s got a thread on here!

If you want to look into it a little more then here are some links to checkout (I’m a new user and can only post 2 links on a new thread so check the first comment for more):
https://www.meshcommander.com/meshcentral2

That’s kinda what I was thinking. Kinda stinks but not the end of the world haha Thanks! 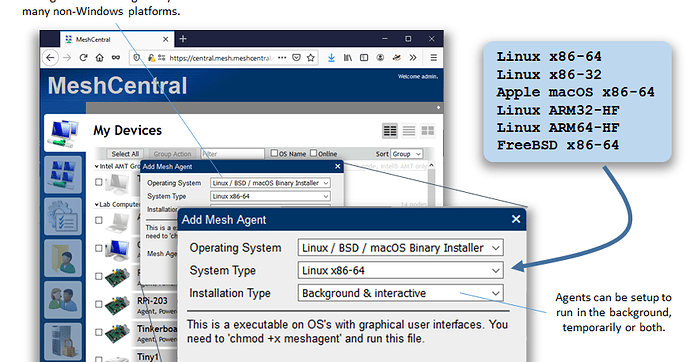 MeshCentral is an open source remote management web site. Once setup, you can remotely control computers over the Internet from your very own server. It's built in NodeJS and has control agents for Windows, Linux, Raspberry Pi and soon OSX. When... 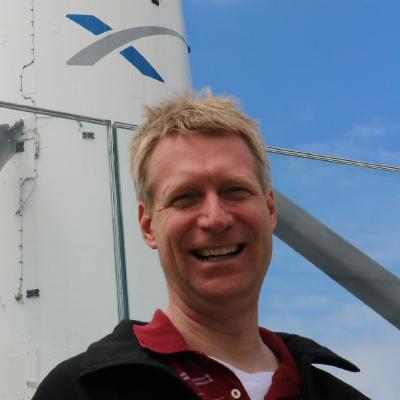 This is a full computer management web site. With MeshCentral, you can run your own web server and it to remotely manage and control computers on a local network or anywhere on the internet. Once y...

I have used it in a testing environment before I started this latest round of rebuild on my network, but I plan to deploy it as I found its feature set, easy of use and stability very good in my tests. I was able to spin up a server and add multiple machines super easily while I was testing it out. I am starting an IT company and hope to get some MSP clients and so far have picked all FOSS to run my business with/on.

One big issue is that it has not gone through a professional security audit. And while an audit is not a guarantee there is not a major vulnerability it’s an import factor when choosing remote access software.

I hear where you’re coming from which is why I’m not all that surprised that I haven’t seen a video on it from you thus far. We ended up deciding to go with Mesh Central due to the fact that it’s free and hostable. We host it on our Azure infrastructure at the moment and have it locked down but will be moving it to an internal data center by the end of the year. With that move we’ll also be changing the back end from Windows Server 2019 to Ubuntu Server 18.04 LTS for some additional security measures along with a more tightened security perimeter in terms of our networking stack in the dc.

It’s not bad, I used it for a while when I first set up my MSP. Good product I like it but there are a few points to mention.

1: Its not great if you need to be logged into multiple machines at the same time unless you open the endpoints up in seperate tabs of your browser which can become cumbersome.
2: As Tom mentioned, its not gone through any kind of Audit at all - which is an important factor.
3: I tried very hard to get it working with certificates, and nothing I tried worked.

I had my system up on Debian, We had 2FA enabled on Mesh Admin and had the access locked down to certian IPs only.

Like I say the biggest hit for me was I often remote into 5-6 machines at a atime, and MC became cumbersome when doing so.

That sounds like exactly the kind of thing I have been wanting for ages. I have a outright purchased license of Team Viewer 12 for 5 techs and it works really well but sooner or later I know that they are going to stop supporting v12 and I don’t want to move onto a pay per endpoint service.

The lack of code audit is a concern, maybe running it in an otherwise isolated VPN would be the way forward.

Mesh Central is now on my list of “things to do when I get back from holidays”.

Its good, though I would advocate using it over a secure VPN to your endpoints… if you can get the certificates part of it working that would help then you can do away witht he VPN aspect and use the Mesh Central agent which you install on the endpoints, lock down your admin interface to only specific IP’s and use Geo-Block if you can (pfsense / pfblocker can do this).

Otherwsie if your going to give remote support to “a normal user” they would need to have the agent installed and then connect back to you via VPN - might be cumbersome, but do-able.

The author of the MeshCentral project just added a post to his blog on December 11th announcing that MeshCentral has gone through an independent security audit by the people over at IOActive. He is in the process of cleaning a few things up and will be posting the full report in early 2021. I’d love to get another honest look and opinion on the software once the audit report gets released. It’s come a LONG way since my initial post back in August and I look forward to seeing it potentially grace your Youtube channel in the future!

We use this at out company and love it!!

Here is the artical on the code audit 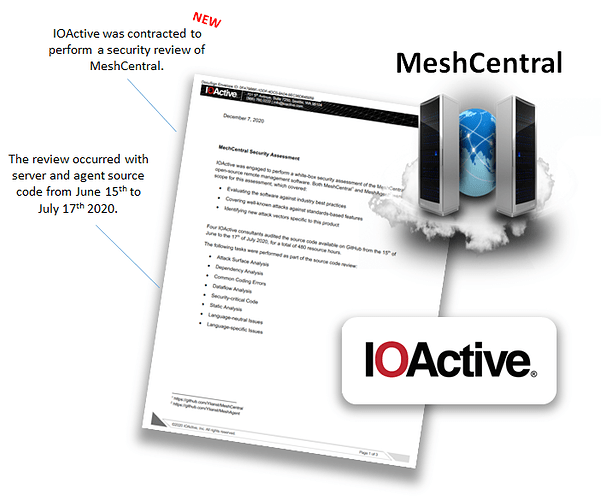 Work on MeshCentral is continuing at a quick pace and we have a set of security related topics to cover. Earlier this year, the security c...

I hope the detailed audit gets posted soon. Haven’t heard anything about it lately but I know Ylian is SUPER busy pushing features, updates and patches right now.