This comes in various forms i’ll list two that I found but i’m curious if anyone has used it. I’m looking for a non-ui switch as an alternative if I decided to step into the big boy equipment category.
It seems like a good one. 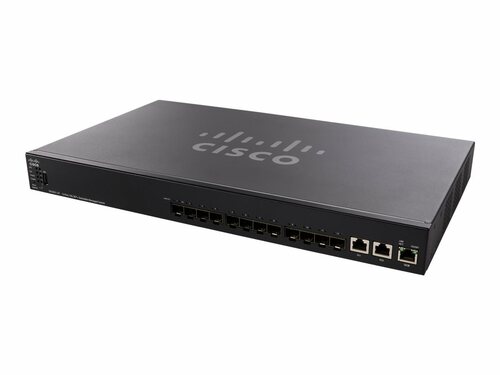 I looked at Fortinet and some others, and it seems those become a paperweight when you stop paying for their ‘support’ packages. I’m hoping these don’t do that.

I don’t see any reviews on this that dive into it’s functionality anywhere on the net.

Cisco makes a reliable and dependable switch but also figuring out licences often requires talking to a sales person who “Will get back with you on that” on how the licencing works and will probably call you back trying to upsell you. I did do a review of the Catalyst 1000 line of switches which do not need a licence.

Cisco has numerous online device simulators, although they are generic they give you an idea of how to set up its functions before you buy it.
I gave up on Cisco in the early 2000’s, but they may have made some positive improvements since then. There are CLI trainers too BTW, you can download those to a local machine and run it.

If you want to keep with having all your switches in a central UI, then Aruba InstantOn and Ruckus Unleashed are options… both are rather limited right now in what you can do with the switches in said UI, but the hardware is very much “big boy” in terms of quality and features, just needs to be enabled by the software - which shouldn’t be anything new if you’re used to Unifi. Aruba switches have much more features if not adopted to InstantOn, Ruckus switches always have all their features available in the local interface/CLI even when adopted to a controller like Unleashed.

Aruba/HPE has my favorite CLI and methodology for programming VLANs. Ruckus has the best bang for buck, especially if willing to go used where they show up as Brocade for older models. Both are in general competing against Cisco. Aruba/HPE for now makes their networking firmware updates freely available, but products other than InstantOn do require licenses. Ruckus has all updates available to anyone, but controllers other than Unleashed require licenses. Ruckus license/support is a little confusing, especially because there is old and incorrect information floating around the internet, but it can be described in a few paragraphs unlike Cisco - look at my posts on this site to find where I explained it recently. Ruckus is more expensive if looking at “entry-level” because they use the same hardware across all their systems and don’t lock it, so they have to prevent people from buying cheap Unleashed hardware and putting the Cloud or SmartZone firmware on it - meaning that an AP or switch costs about the same regardless of which firmware comes on it from the factory (actually switches don’t have controller-specific firmware, which is why they retain all their features even when adopted to one)

I had an edge/UTM cisco device as my last ever cisco product, when IPS and other features were enabled, it was so slow it actually slowed down my already not very fast 10-20 megabit cable connection.

The moment the licensing/method of authenticating my ownership of it was no longer working I couldn’t even access the management page, it was marked EOL not long after i bought it…
No one should design products to function this way!

I suspect it is still occupying a corner of my house as a dust catcher somewhere.

Re: Ruckus and etc
I’m not opposed to paying a bit more if the switch is unlocked and gives me what I want, similar to the way UBNT is. When you buy it, you get what you were promised without any of that sketchy used car salesmen tactics the others employ.

Ruckus switches will never stop functioning once set up. They do have licensed features, but they are perpetual licenses that never need to check with any server, and in fact the switch never even does an initial check. They call these “Right To Use” licenses, as a business you need to have the license certificates available for inspection if Ruckus ever asks you - which would only happen if you contacted them for an issue and they notice a difference.

The two licensed features on Ruckus switches currently are Advanced L3 (routing beyond static routes) and enabling 10Gb on SFP+ ports on the non-modular switches (every switch has at least 2 ports enabled for 10Gb to enable stacking, but the other 2/6 require enabling)