Anyone have any solutions for protecting ethernet ports from lightning that have worked for them?
I have found a few products on Amazon but they have terrible reviews (slow speeds after install, etc)

I have a Supermicro 1U running PfSense (Dual WAN with AT&T and Comcast) that I have been running for 7+ years now and it seems like every time there is a bad storm it fries a network port on the PfSense box. The first time it fried the AT&T gateway and the built in NIC ports on the PfSense motherboard. So I installed a 4 port Intel NIC card and got it back up and running but then 6 months later it happened again and fried the 4 port card so I replaced it with a new one and it was back up and running again.

Last night we had another set of bad storms and I came in this morning to another dead 4 port NIC card.
Both internet gateways are working fine (AT&T and Comcast), it is just the 4 port network card that keeps getting fried.
Luckily I keep 2-3 extra cards on hand at the office.

I have a APC 2200VA battery backup powering everything on the network rack but it doesn’t seem to matter.

I think Unifi makes some Surge Protector that might work. Usually it’s used for use with outside APs, bridges, etc. 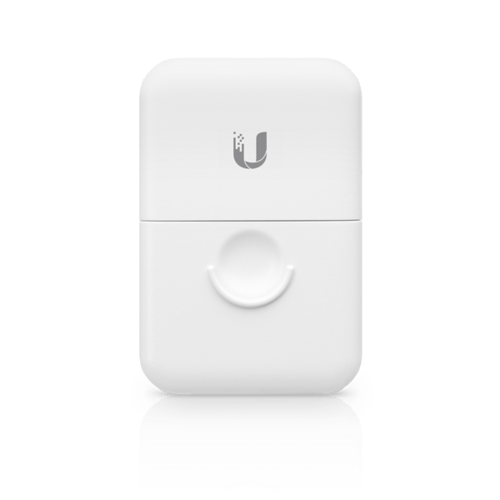 Network cards are supposed to have a little device between the connector and everything important to prevent this from happening. With the frequency of occurrence, you have a bigger problem. I’d look at building grounds and other power considerations, you just shouldn’t be having this kind of repeat issue.

Yea, the electrical wiring is a mess at this office building, we didn’t have any of these issues at our previous office.
We have not had any other electronics with issues though, just the router.
Which makes me think it is coming in from the AT&T or Comcast connection.

Not sure how I would do that since it is Comcast’s Coax coming in and AT&T’s Copper. I guess I could do some kind of ethernet to fiber converter between the gateways and router but I feel like it would just fry the converters.

Had a simmilar thing some years ago. Even a surge protector and Online UPS didn’t helped.
I did a simple thing - change all the “outbound” connections (WAN, WAN2) to Multimode 1G SFP`s. Never ever had any problem again. If your Cp,cast and AT&T dont to SFP just try a cheap converter. Maybe already solve the problem.

I had an interesting electrical issue. Plumber replaced our city water feed with PVC and never told me that he disconnected the house ground cable. Yup, went 8 years without a house ground. The Duke Energy meter assembly/box was grounded with a #4AWG but never connected to my service panel. So the only house ground was through a lose Duke conduit connection that was not tightened. Not much help there.

After 3 major lightning hits in 5 years near the house and electronics damage each time I decided to investigate the electrical. Found the no ground issue and installed a new ground rod 8’ away from the existing Duke ground rod (local code requirement), and connected it to my Electric Service panel’s ground bus. I tightened the Duke conduit connector tight. I added a new ground rod and #4AWG cable to the Satellite and WOW Internet feed connector box along with GAS surge protectors on all the COAX connectors in the box. I then installed an APC Ethernet RJ45 surge protector between the Arris cable box and my UDM-Pro. I also added another GAS surge protector on the Arris COAX connection. As for power to my network setup and cameras I have an APC UPS. With all this ground/surge protection, it made no noticeable difference in the data speed.

Will this guarantee that I will not suffer electronics damage due to another lightning strike, absolutely not, but it will give me a better insulator between the connections that come into the house.

All the above items were purchased on Amazon. Time will tell!!!

So it turns out neither incoming ISP connection was properly grounded outside where they come into our building even though they looked like they were grounded. We had an AT&T outage and when the tech came out I told him about our problems with storms. He told me that the AT&T outside box was not grounded at all and it was our responsibility to ground it. I guess the original tech failed to mention this to us during the initial install. Also found out where the Comcast was grounded to was an old electrical conduit but was not a proper ground. So we had some electricians come out and install a ground rod and properly ground both ISPs and also grounded our network rack so I could use one of these on the rack: 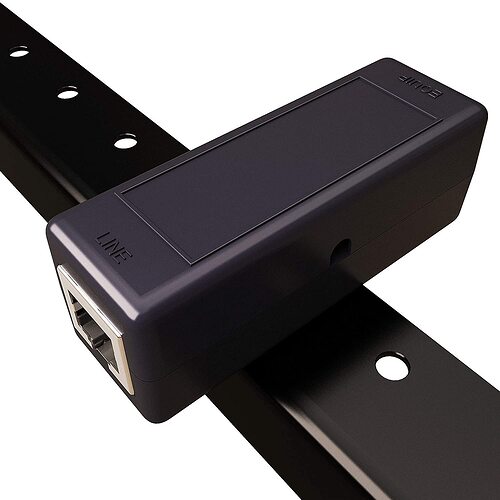 The Ethernet Surge Protector is a surge protection device (SPD) that is inserted inline on an RJ45 CAT6/CAT5/CAT5e cable, preventing damage to networking equipment. The device is compatible with the included TP308 rail....

So now the incoming Coax and copper are grounded and there is also properly grounded ethernet surge protectors between the ISP gateways and our router.

We have had some bad storms here the last few days and so far everything has been fine.

Sound as if you may have a ground loop somewhere in the electrical distribution system. There should be zero potential between the neutral and safety ground. Most surge protectors will shunt surges to ground that is not good the neutral is where a surge should go. Check for bad surge devices or at the building entry for electrical service. In short call an electrician.

You may want to check to ensure that there is a " Main Bonding Jumper" that goes between your “Neutral” bus and your “Ground” bus in your electric Service panel. I have seen a few where that metal connection was not installed. Have it checked by an electrician, just to make sure.

Also you may want to take lightning surge protection to the next level. I installed a Residential/Commercial Surge protection device at my electric service panel. The nice thing about these models is that they have replaceable modules should you take a nasty lightning or surge hit. A good choice would be one of the following:

Personally, if you do not have good surge protection device on the incoming electric service, any small surge device will more than likely not do much.

Hopefully the grounds and protectors will keep you from replacing too many cards again. Would have been nice if they had done the grounds when the services went in. Those grounds are really just lightning strike “protection”, but it might help if you did have a big ground loop between your building and where they next ground on the cable might be (which is very likely).