Routing NAS traffic via a firewall is less than ideal, but should work as long as pfsense is routing traffic.

Definitely not ideal, but the only option I have.

Worth checking the firewall logs to see what’s blocked, check for ports 445 (SMB) and 443 (HTTPS). 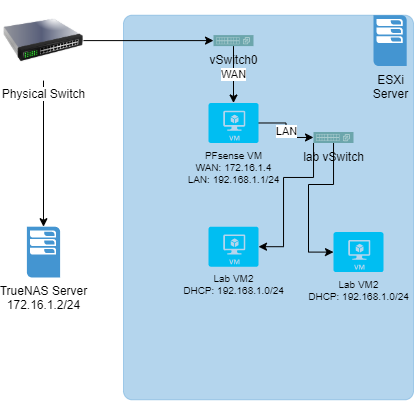 Yes, that’s basically the design. Where would I check the firewall rules? Nothing is being blocked outbound via pfsense.

Also worth running a traceroute from both ends to make sure routing works as expected and Truenas has a route to the lab VM network.

Thanks for the reply, I got it working. It ended up being an issue where I just needed to create a firewall rule to send that destination out the default gateway rather than the “WAN” interface.