Sorry for a long post, I am not asking for support, just hoping to create ideas for others.

I just finished watching the video on the Raspberry Pi 4 and X2Go that reminded me on how versatile, affordable, and reliable the Pi can be. Awhile back I finally decided to invest and start building a home lab rack. In the process of doing so I put a Raspberry Pi in in the rack with a temp sensor, along with some IR controlled LEDs and have been continuing to add on. I use a couple of Pi’s around the home to broadcast live OTA TV, stream movies, etc… but these little things are such a bang for their buck. If you’re looking to do some obscure thing that needs computer functions and IO, they’re a great start.

One thing led to another and I had many ideas sprout up, just haven’t had time to finish them all. Here’s a few things I have accomplished and am in the process of completing but was curious if anyone else uses a Pi in a similar fashion.

Here’s what the RackMon1 does that’s mounted inside the rack:

RackMon1 (Pi) - Connected to UPS via USB Cable to monitor it via NUT as a server/client.

RackMon1 (Pi) - Connected to a temperature sensor to record and report on the ambient temp within the rack.

RackMon1(Pi) - Connected to an IR Blaster (in progress) that changes the LED colors within the rack so states/status are visible on the front of the rack. IE. Blue = Good, Orange = Check something, Red = Critical

RackMon1(Pi) - Connected to a Blinkt LED strip to indicate whatever status I decide to script up. Currently monitors the hearbeat/CPU usage of the monitor so I know it’s active and working.

I also have a RackSrv1 virtual machine that runs to check in with RackMon1, but also manage my XCP-NG virtual environment.

Here’s what RackSrv1 does and is a virtual machine:

1.) Runs a Discord bot in a channel that I can execute commands to or get alerts from. For example, ~upsstatus will inquire to RackMon1 about the UPS status and spit the results out. ~upstest will initiate a self test on it. 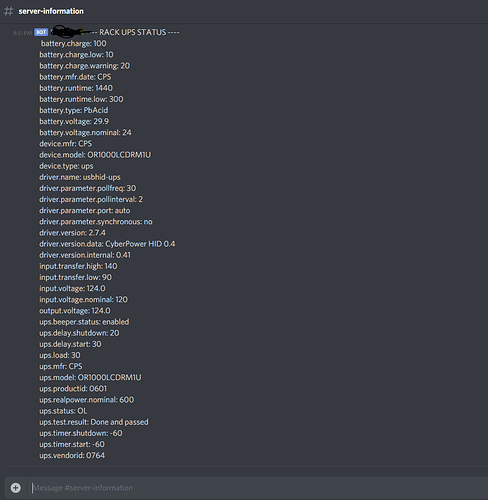 2.) I have setup some commands to execute VM control for XCP-NG, and most of the VM hosts have Webhooks enabled to report successful shutdowns/start ups. The bot will say it’s trying to restart a server but a webhook that was executed on the host will post that it is shutting down/booting up. 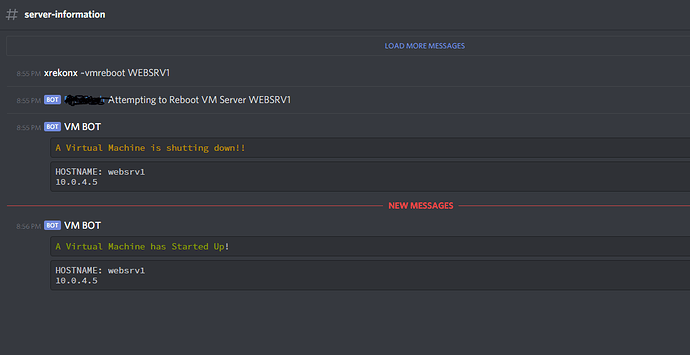 I have a bit more things that I have done here but wanted to share this to see if there is any interest or if I am the only idiot out there doing these things. And I am all for security so things are locked down if someone trustworthy wants to give it a go.

** I believe they are locked down. I am not an AppsDev person so development on these scripts and intercommunication between hosts is with my best efforts. I know there are voids to fill. **

Here’s a couple more pictures of the setup. Sorry to keep editing and posting crappy photos, it took awhile to get here and I use this lab environment for work, but nobody at work sees it 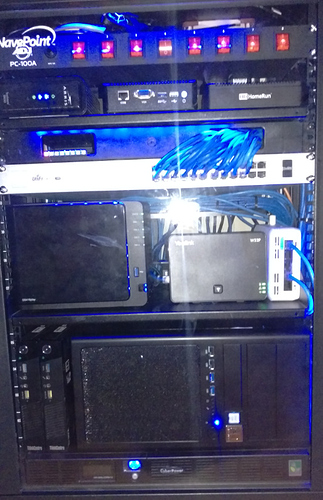 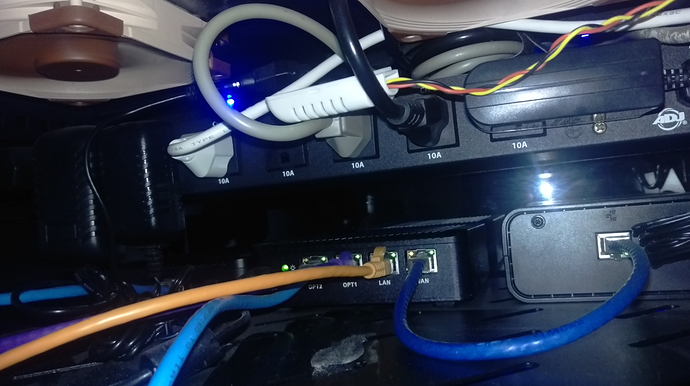 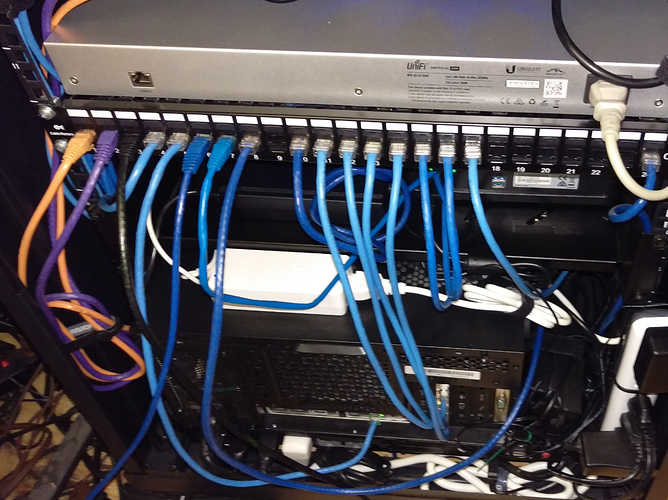 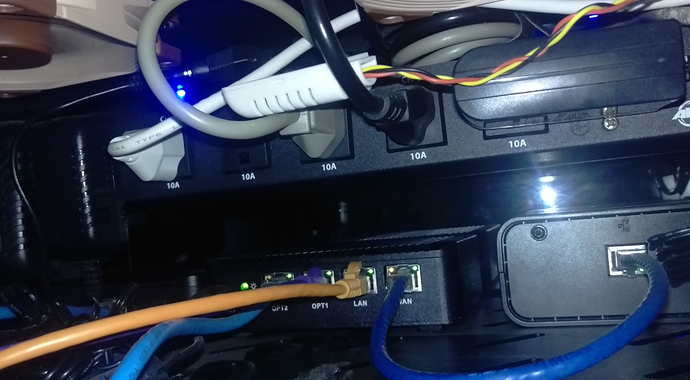 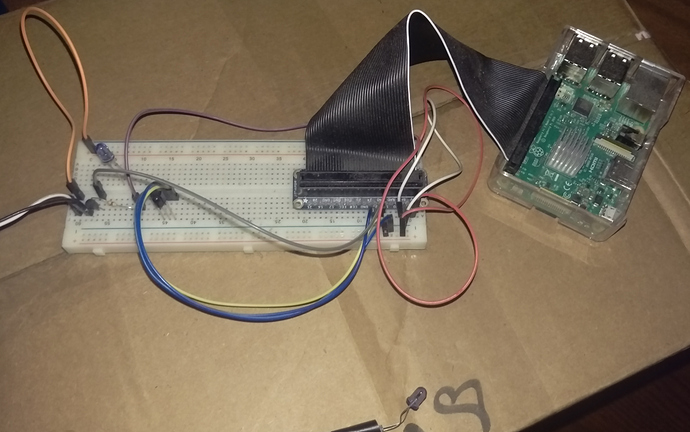