I have been an open-source junkie before it was cool. I haven’t used FreeNAS since around 2011 or so. I have been demoing it and googling again for a hard week, spending 8+ hours a day on R&D for my new venture. Some of the things are broken in the latest stable release like specific plugins and the pkg resources list (at least in the two on my install and burn to the ground installs). That said, back in the day when I was doing managed backup for my clients I’d install a custom-built Raid(x) *nix distro on commodity hardware in their location and pull out rsync backups to my remote (secured) server at my office. It worked like a champ and customers loved it. But with these weird problems I was facing today and over the week or so, and requiring my manual intercepting, I find myself wondering with using FreeNAS (VS TrueNas) if it was really scalable for my new venture.

The ZFS *BSD based file systems aren’t complicated and with a few basic bash script’s I’d write with cron doing the scheduling, would almost achieve the same results but without a shiny GUI WebUI. I suck at making things look pretty as a UI on web based platforms but it keeps bugging me that the issues are present in FreeNAS and maybe not so much in the paid TrueNAS. And I am sure if I roll my own, we would have intial growing pains too, but still how long has freenas been around?!. When I have to edit system standard files just to pkg update / pkg upgrade on a new stable release system, something just bugs me, and badly. It could have been me though, but I did RTFM and a lot.

So this got me to thinking; If I could create the complete back end using Bash/Perl scripts and hiring a UI dev to make it look shiny and new using my scripts and pulling data from them, could I make something better. Obviously I’d have to employ multiple people, so it wouldn’t necessarily be (free), but in my opinion when you pay for something robust you just expect it to work. (I know the OSS gods are striking down on me right now)

I know plenty of people love FreeNAS/TrueNAS but it has its quirks and stuff that bug me. Why do my clients have to rely on versioning done via client side apps? (Yes I get snapshots, great, but what a PITA when you are in charge of multiple locations/users) It should be easier and more streamlined. For instance to restore individual files (based upon a users request for what ever reason), I have to create a dataset, then create a share to contain that… oh nevermind, just one of my pet peeves on permissions and full DR etc.

Thoughts? I am sure I will get flammed for this, but Looking for input, etc.

If you don’t like it, fork it! We have not really had an issue with using ZFS snapshots are they are just on layer in protecting storage and there are simple ways to restore a previous snapshot to another location.

Thanks for the Reply @LTS_Tom. I did manage to figure out how to clone a snapshot, and then manually go in there and take whichever individual file the user would request and manually copy it to his share/folder with cp. Is this what you were talking about with restoring snapshots to a different location?

I guess the biggest gripe for me (and maybe I might be doing it wrong) is how shares are created and how permissions are set. The way I have seen it now you have to set the permissions on datasets which requires you to create data sets for each share? Even if you group multiple shares to one main data set, stil only one user is allowd to have permissions there? I mean I guess you could go about it from a group permissions perspective? Why not just allow an admin to set permissions on each share instead?

I mean ideally, I’d love if every network would force users to work on docs and apps off the main windows server and just backup from that win server to the FreeNAS Box, which would make things easier - but we all know how users love to just save and create documents to their workstations and subvert the server all together. Even if you map a network drive, they still don’t follow the rules. And some smaller companies may not have a domain controller, etc.

BUT I did install 11.7-U7 and magically all of the plugins install

From a security standpoint, it does really bug me that all a person would need to do locally is plug in a monitor and keyboard and can have a root shell with a 1 key entry. Why wouldn’t you require the root login and have the menu kick once auth’d?

1 hour in, we have a functioning Raid1 for the OS and a raidz2 for the data store drives. Samba is up and running as well. 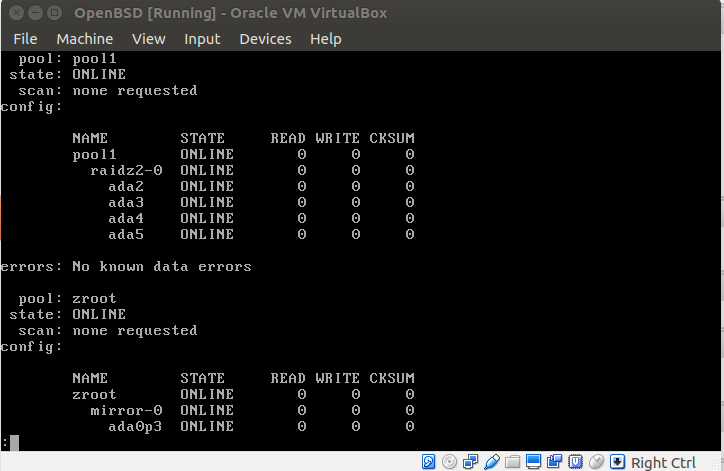 To be honest, I know my own roll will take me time. FreeNAS Works good enough for end points to back up to, and off-load offsite I guess. I might just modify it at the core for my adjustments for now while I continue to work my own roll-up NAS OS.