I’m a real estate developer in the US. I build apartment buildings all over the country. I’m in the process of completing one now in Bozeman, MT. It’s 52 apartment units with about 15,000sf of commercial space. 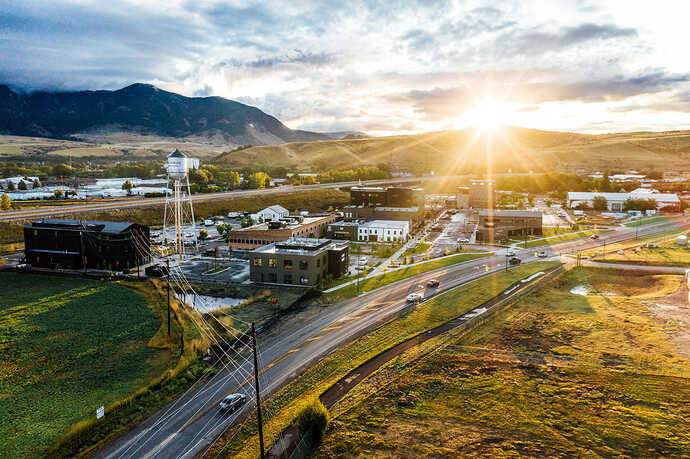 This is the first time I’ve personally taken on the task of designing and installing the network. I’m buying internet in bulk from a local distributor, and reselling to my tenants for a profit. The network gear is all Unifi and the firewall is pfsense in HA.

I wanted to thank @LTS_Tom for all the videos on youtube. I’ve pretty much watched every single one. And especially those related to unifi and pfsense. I designed, programmed, and installed the entire network with “support” from Tom’s videos. I’m a finance guy, with some “IT” experience. I mostly just tinker with stuff. It’s amazing what you can learn by simply watching videos on youtube. The effort for me was very high, and for the next project I’ll likely just hire Tom. It took me months to implement this project.

This network has 77 unifi devices between core switches, unit switches, and common area access points. I also setup (2) pfsense firewalls in HA. This system includes 32 CCTV cameras with a milestone NVR and Truenas archive server. I also setup (3) streaming Axis webcams for this project. You can see one here: 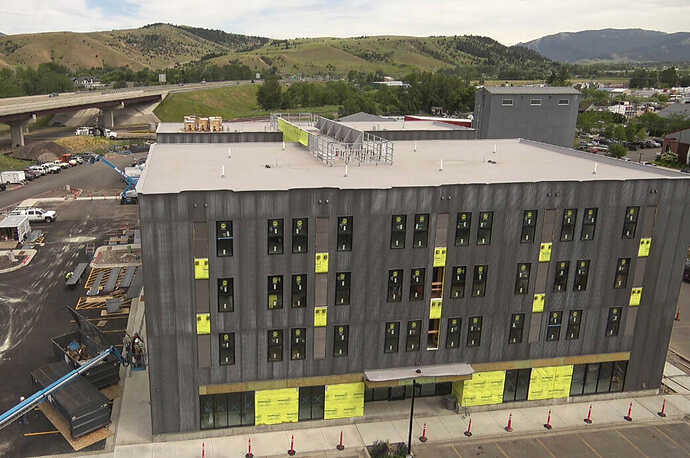 Cannery Flats is under construction. Check out the LIVE webcam to monitor our construction progress. Tenants can expect delivery by Fall 2020.

I installed a dedicated wowza server in a colo. This server has a Tesla T4 for transcoding. CPU is at about 60% with these 3 streams and transcoding offloaded to the T4. Internet is provided by Bozeman Fiber. I’m starting with a 500 Mbps symmetric link and can grow to 1000 Mbps as needed.

When I setup the firewall I had no idea how much time it would take to setup the 60+ vlans (in HA). I think it tripled the work. It probably would have been faster to do it directly in the xml file. Maybe next time. Each unit has a separate vlan and then I setup about 10 others for the public wifi, AV, access control, elevator, Iot. Finally, I setup a David Instruments weather station on the room. These are super cool with awesome data.

My contractor installed all the low voltage wire. I specified how to terminate everything into the patch panels in the MDF/IDF and unit media enclosures. I setup everything from the patch panels in. The contractor tried to rip my face off on the fiber backbone, so I did that myself too. I purchased ready to pull fiber that is preterminated. I saved 10K alone in the fiber backbone by doing that.

Here is the MDF: 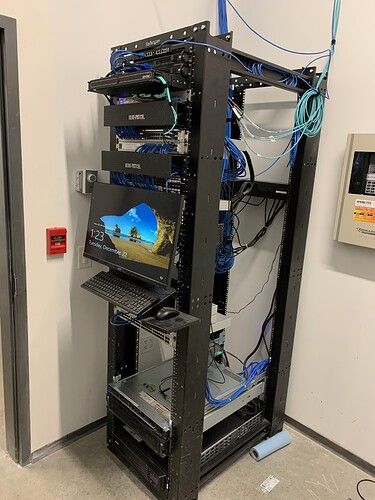 Here is a picture of the Weatherlink data from the Davis Weather station:

Here is the IDF 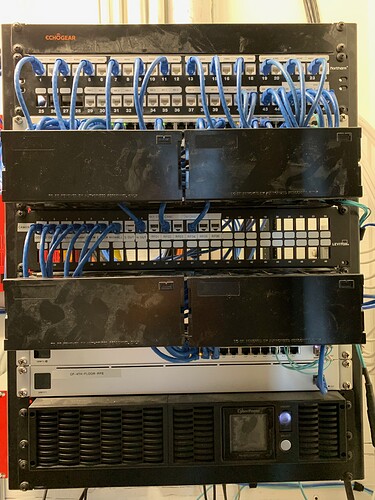 @dfriestedt very cool! Now that this is setup, would there be anything you’d do differently?

Good question. I probably would not do the firewall in HA again. Nothing else in the setup is HA, so I really don’t know why I went HA there. Probably because I watched Tom’s video about HA and wanted to try. That honestly tripled the amount of work on setup and with 60 vlans, it was a massive time suck. So for my next setup, I will probably buy a second firewall and use it as a cold standby. I have several switches in cold standby, so it probably makes sense to do that throughout.

Other than that everything worked smoothly. I did a stand alone Unifi Controller at DO. I probably need to tune that a little. It seems to drop connections to devices pretty frequently.

Overall the setup is pretty solid.

@dfriestedt As an IT guy that’s trying to get into real estate, this is a really cool project to see. I’m sure your tenets will appreciate the well thought out integration from the beginning.

In full disclosure, I did start learning this on smaller, simple projects. I started with 6 units buildings and grew from there. My next project will be 173 units. So I might need some help from a “professional”.

Real estate is like anything else. Just start small and grow slowly. Good luck!

What are you finding the demand for wired connections is, as far as number and location in the unit? My current thought is entertainment center and desk locations, but that’s coming from a nerd that only uses wifi when I have to.

For that reason I home run (1) RG6 and (2) CAT6 from the unit media enclosure to the IDF. In the unit I deliver Cat6 and RG6 to the TV location, bedroom, and desk. If there are (2) potential TV locations, I deliver there as well. In the Media enclosure I install a Unifi Mini Switch and a RG6 splitter. I then let the tenant install their own modem / wifi device. That way I’m managing ethernet to the unit, and the tenant can deal with losing their password every other day. If connectivity is slow in their unit I can test at the firewall or their switch and report it. The tenant can then deal with their own wifi issues. It cuts down on IT support a LOT.

From a management overhead point of view I love that, but my inner nerd screams NO to the wifi mess that creates in a large environment. I wonder how it would work to manage the wifi and put a clause into the lease that the first X of password calls is free and then there is a fee? New devices and guests should be the only issues.

Congratulations on your network installation.
I am a member of a team that administers a network for a 30 unit complex. They are small units all in one building. I worry about conflicting Wi-Fi signals. Since it’s a community rather than independent residents I have strong influence over their choice of connection. You are right that people increasingly want to use Wi-Fi for their connection. However, I evangelize the benefits of a wired Ethernet particularly for those working from home. We are transitioning to Unifi equipment. We are attracted to the Unifi In-Wall access points. We plan to install one in each unit and hope that by only using 5GHz we will avoid interference.
We also find that residents choose to install their smart TV’s on the wall that does NOT have the Ethernet socket – this is a law of physics. We have used Ethernet over Power Line in some of these situations.
What with smartphones, smart TV’s, tablets and computers, not to mention Roomba carpet sweepers, it’s amazing the number of connected devices.