I don’t play a lot of games but my kids do and the drive space those games take up can be substantial. I have that FreeNAS Mini-E I reviewed at home and I have been testing out running games off of it. For now I am only using it with a single 1GB nic and connected to the my Windows gaming system over iSCSI. The performance seems to be a bit better the 7200 RPM drives in the system due to the cache hits on small files. For a later project I might throw in a 10GB nic card in each system and some more memory in the FreeNAS as 8GB does not really allow as much caching as I would like for this. 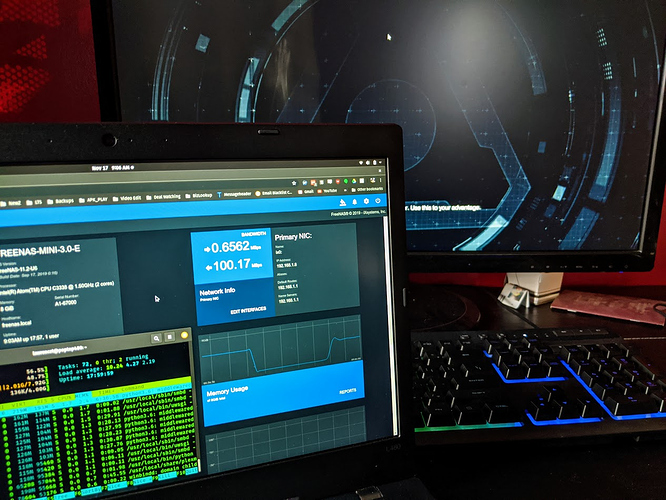 On a side note, @LTS_Tom you’re missing and e in FreeNAS.