How does putty bind keys?

For example when I ssh into a host and select F3 I see a ‘C’ as expected… but from mRemoteNG when I select F3 from the keyboard I get ‘~’.

Both $TERM and other env variables are the same except for a few such as “COLUMNS” etc.

What is putty doing when you set Terminal → Keyboard → “The Function keys and keypad” → Linux?

It’s doesn’t appear to changing/setting any environment variables such as set, and bind -p produces the same output.

The host in question is centos 5, it doesn’t have the command localectl .

If I login thru putty or mRemoteNG the term uses is the same ‘linux’ but I’m just not sure why F3 is production different output. 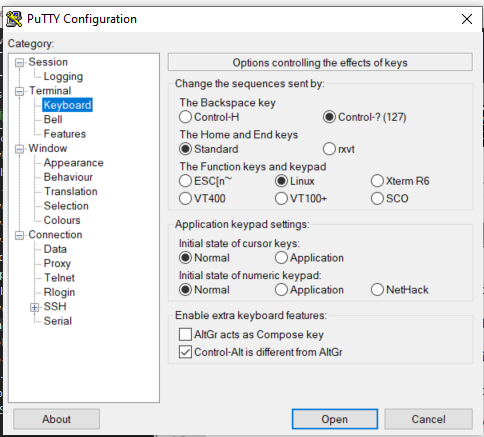