I tried my best explaining and what I did so far. I didn’t assign default gateway on both NIC, I only did on one.

So I have pfsense and unifi switch set up this way: 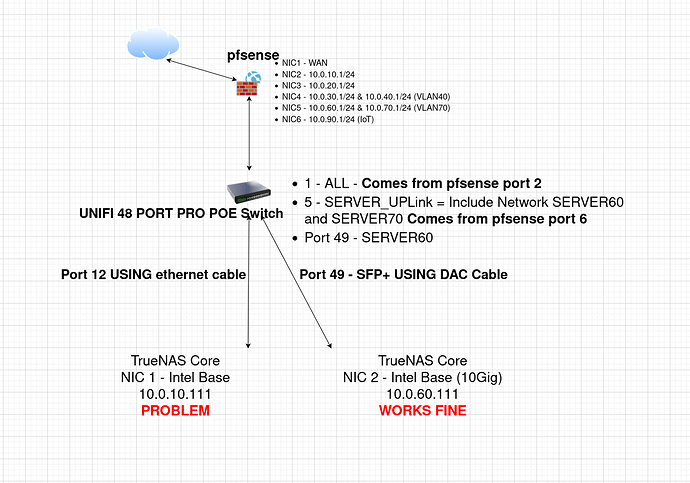 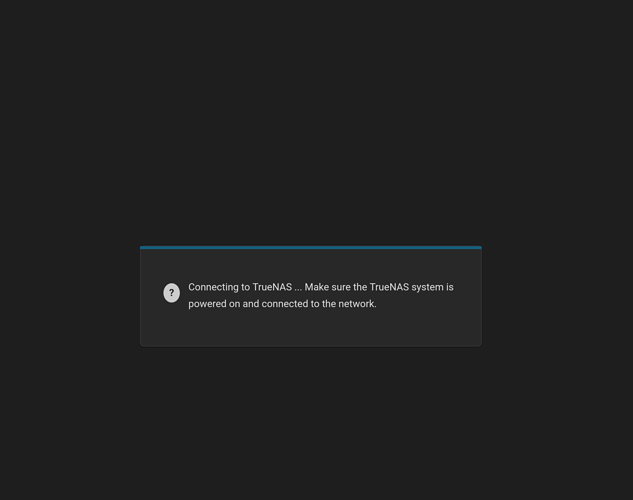 I tried using different NIC (Separate PCI slot and Motherboard NIC) on server side and same behavior. I tried changing nic on pfsense to IoT network (NIC - 6) just incase if NIC-2 is bad, but same behavior. 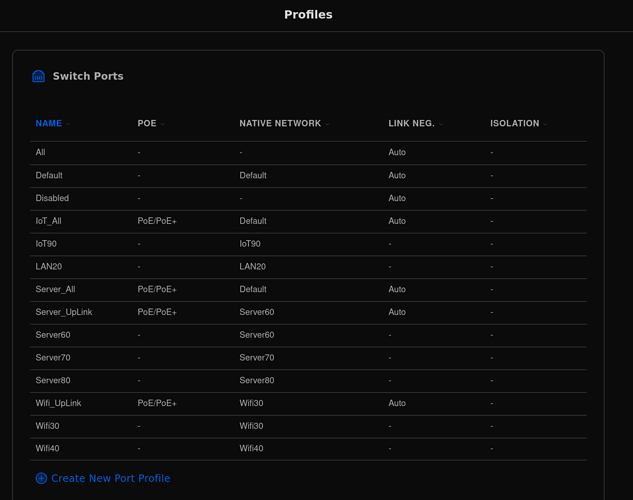 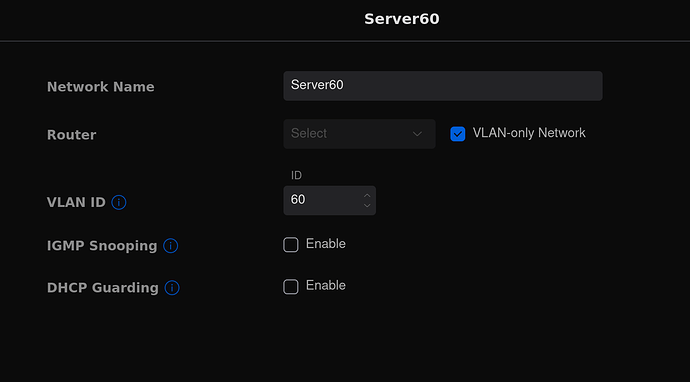 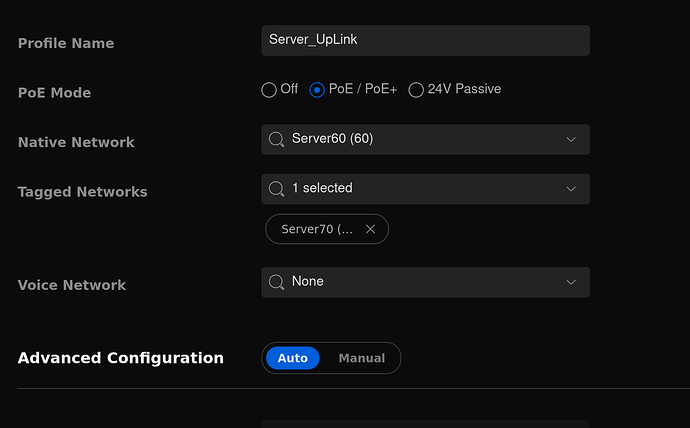 I would really appreciate your help as you do this set up all day. If you want me to clarify something or want more screenshot, please feel free to ask.

Guess what, I can’t even access 10.0.10.110 at all. At least I was able to access but it was keep disconnecting when both cable were in use.

How is it possible if my both connection are two physical cable on two different subnet.

Yes, you can have different networks ports on different subnets on the same machine - only one should have a default gateway. The other settings, leave gateway as blank

are you using one cable from the pfsense to Unifi Switch ?

Explain in more details the server_uplink and what is attached to port 5 on the switch.

I had that from beginning, but still not working. How come it is not working when I disconnect SERVER60 cable then whole connection break, but not other way around. And even though both cable are connected, one gives problem. One of the port and why does there is no issue on 10.0.60.0/24 network but on 10.0.10.10/24?

My third port on pfsense was not in use, so I decided to create new network 10.0.20.0/24 and try to connect that to truenas scale and same issue. I thought ALL profile on 1st port was causing that, but it happens on port 2 - coming from port 3 in pfsense.

Here is screenshot of my pfsense interface:

Beside, I physically attached igb2 directly to one of NIC on truenas scale and kept other to same sfp+ port coming from unifi switch and tried eliminating any switch component to see if it happens on second NIC. Guess what? It keep happening. While 10.0.60.110 - no issue so ever.

so I don’t think it has anything to do with switch anymore but to do with pfsense or at least I think. I hope @LTS_Tom look at this and see if he experienced something like this.

Not an issue I have encountered.

Any suggestion where to look for?

Because, I used different NIC ports on TrueNAS Scale, Created completely new interfaces on pfsense and used same setting as 10.0.60.0/24 network (Works fine) but different subnet on that and see if connecting to two will cause, which it still an issue, I used completely different switches for those two interfaces (One going to toward unifi and other going toward tp-link unmanaged) which are going to TrueNAS scale, I even removed switch all together from second NIC and attached directly to pfsense and issue still persist.

Ping doesn’t drop at all, just can’t do iperf3 test or UI keep refreshing every few seconds (with proxmox, console keep getting disconnecting and no syslog change) and only happens on second NIC and not my 10gig network. And it happens with Core and Proxmox. If I remove SFP+ cable. from truenas scale, I can’t even open UI if I type 10.0.10.110 or 10.0.20.120 (depending where I am connecting cable) - keep disconnecting is secondary issue at that point.

I am completely lost and I don’t know what else to look into to find issue.

It is only problem when I have two nic connected to same server. Other subnet works fine.

DHCP server is configured fine on LAN - 10.0.10.0/24 - as I have three raspberry pi, two unifi devices - they all work as it should be and they don’t get disconnected or no problem.

yes, DHCP leases does show truenas. In fact, I can even open truenas scale, core, and proxmox UI using that IP assigned to second NIC to truenas, but it keeps getting disconnected until I refresh page or in proxmox case, I click on different tab and come back to console tab. But when I connect to any of those UI using 10.0.60.0/24 - my 10gig connected devices using sfp+ in unifi and unifi connected to pfsense, it has no issue at all. Initially, I though it has to do with switch configuration, but then I connected second NIC directly to pfsense second interfaces under different subnet (10.0.20.0/24),[ because my other devices works fine under 10.0.10.0/24 and didn’t wanted to create interference] , and it still has same issue even thought it is directly connected to pfsense device.

If I remove 10.0.60.0/24 cable from truenas, I can’t access UI from other IP as well. Curious is why? Because I am not removing that cable. I understand that disconnect may happen, but I can’t even open UI. That’s weird behavior as well.

Does pfsense has setting which I missing which use one cable to transfer both subnet traffic through. I know this is stupid question, but hey that’s whats happening if I remove my sfp+ cable, I can’t even access UI from ethernet 1 gig connection.

According to truenas, only one interface can be DHCP. When I tried to configure my truenas to use both NICs as DHCP, it complained. I set one as static and all is well. Could that be your issue?

so my 10gig is static and other is DHCP. In fact, I tried both static as well and same issue.

Any suggestion where look for?

Because both physical interfaces works fine when I use one at a time and disabling other one, but when I bring up both at same time, that’s when it doesn’t work.

ADDRESS IS DIFFERENT IN PICTURE, BECAUSE I AM TESTING DHCP AND STATIC TO SEE EFFECT. BUT IT IS SAME BEHAVIOR.

Not sure if this helps but I can access the truenas ui only from the network that was configured dhcp.

You see, you should be able to access UI from both IP. I can do that but it keep disconnecting.
Does your second IP connected only for storage need and directly attached to that computer or can you access second IP from any PC.