It seems Cloudflare has gone all in AMD.

Gen X: Intel Not Inside

Notably, for the first time, Intel is not inside. We are not using their hardware for any major server components such as the CPU, board, memory, storage, network interface card (or any type of accelerator).

We selected the AMD EPYC 7642 processor in a single-socket configuration for Gen X. This CPU has 48-cores (96 threads), a base clock speed of 2.4 GHz, and an L3 cache of 256 MB. While the rated power (225W) may seem high, it is lower than the combined TDP in our Gen 9 servers and we preferred the performance of this CPU over lower power variants. Despite AMD offering a higher core count option with 64-cores, the performance gains for our software stack and usage weren’t compelling enough.

We have deployed the AMD EPYC 7642 in half a dozen Cloudflare data centers; it is considerably more powerful than a dual-socket pair of high-core count Intel processors (Skylake as well as Cascade Lake) we used in the last generation. 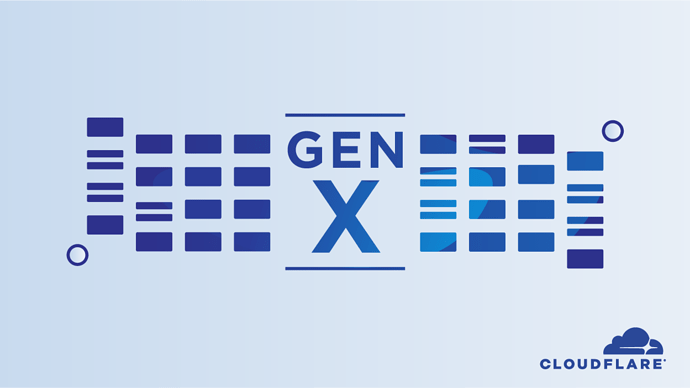 We designed and built Cloudflare’s network to be able to grow capacity quickly and inexpensively; to allow every server, in every city, to run every service; and to allow us to shift customers and traffic across our network efficiently.

AMD has the advantage. iXsystems is exploring optimizing its code for the EPYC and Gigabyte has a line or awesome servers with the EPYC 48 and 64 core processors. The financial industry should be eating them up. Intel has been resting on its laurels, not the company Andy Grove built.