CentOS is Done - Say Hello to Rocky Linux - What about XCP-ng?

Red Hat announced earlier this year that they are ending support for CentOS as we know it at the end of the year. It will become the CentOS Stream project after that, serving as the upstream (dev) branch of Red Hat Enterprise Linux (RHEL). Out of all of this has come Rocky Linux to basically fill the void that CentOS in its current form will leave.

My primary interest in CentOS is related to XCP-ng as it uses some of the parts of CentOS. Below are links to related post from the XCP-ng forums. Oliver Lambert speaks in both of these threads about XCP-ng and CentOS

Mr.Charles-H. Schulz comments on CentOS and the future of XCP-NG 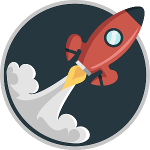 Mr.Charles-H. Schulz comments on CentOS and the future of XCP-NG

I just read Insider #12 and the related article. It is my opinion, with all due respect, that the CentOS issue must be taken with a different approach. XCP-NG is relaying on the fact that it will be supported until 2024 and this means time to decide...

I am saddened by the loss of CentOS
It used to be my go-to distribution for a first class enterprise OS.