Caution:- about behaviour of ssh-agent in the native SSH client software in Windows 10 PowerShell and associated service.

I have been coming up to speed on use of SSH, with help from YouTube videos in both LTS and LearnLinuxTV. Below see something I thought was surprising.

About SSH client in Windows PowerShell

Behaviour of sww-agent, Linux vs Windows

How Windows ssh-agent stores data.
Digging a bit deeper the agent stores data in the Registry in key:-
HKEY_Current_User/Software/OpenSSH/Agent/Keys
The items in the…/Keys folder are named like “SHA256:G84TfeXhm8JDw3qKh/SaftQjtcUcrccd6ozX1qJ+Hqc” - the registry key name used is the Fingerprint of the related SSH Key.

I found this closed issue in Github Powershell → Win32-OpenSSH, The response from the developers is that the persistent behaviour of ssh-agent is “as intended”

**"OpenSSH for Windows" version** 7.7.2.2 **Server OperatingSystem** Irrel…evant **Client OperatingSystem** Windows 10 Home (18362.418) **The problem** I am using private SSH-keys encrypted with a passphrase. When using any SSH-agent, that means I have to provide my passphrase to be able to load the key and use it. I've used pageant before and there you load the key and provide the passphrase. Whenever pageant gets terminated (by shutdown, rebooting, ...) the key is removed from memory, and I have to provide my passphrase again the next time I want to use it. Every time, hence the security advantage of having an encrypted SSH key. With the windows openssh agent however, that's a different story. I have my agent set to automatically start with windows (I believe by running `Set-Service ssh-agent -StartupType Automatic`) just like I did with pageant. However, the windows openssh agent seems to permanently store my SSH key somewhere after loading it to the agent once (`ssh-add`), because when I run `ssh-add l` after a restart of my computer, they encrypted key which I loaded before the restart is automatically loaded again, without requiring my passphrase again. This completely voids the advantage of a passphrase-protected SSH key and to my opinion is a big security issue. **Proposed solution** Do not store my SSH key permanently when I load it into the agent, but only temporarily store it in the agent's memory. Or at least store it in it's passphrase-encrypted form and ask for my passphrase every time the key gets loaded.

The blog cited below describes how you can reconstruct the original private key from these registry entries. 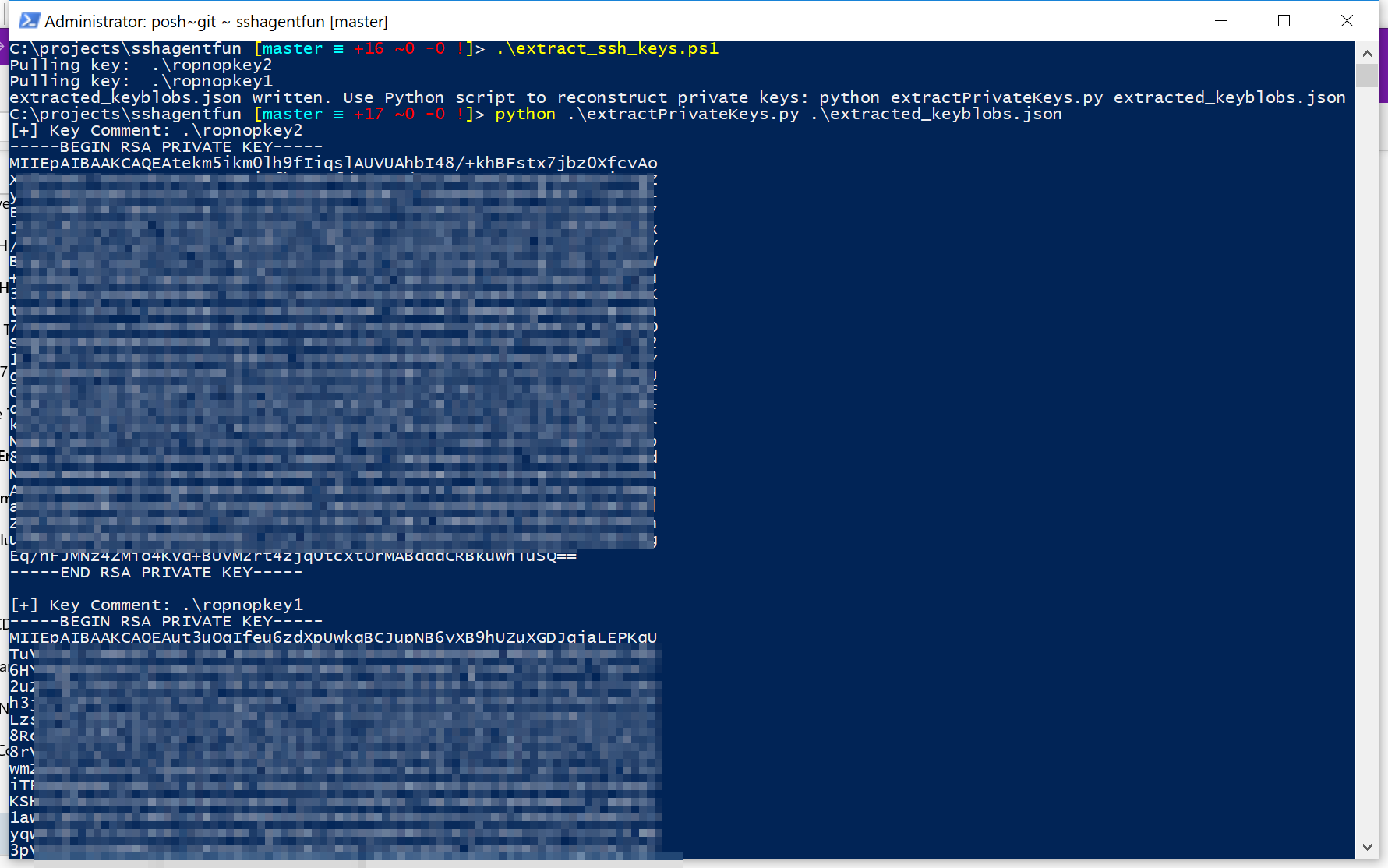 The newest Windows 10 update includes OpenSSH utilities, including ssh-agent. Here’s how to extract unencrypted saved private keys from the registry

I’ve been using Teraterm for this kind of stuff or Putty, didn’t even know that SSH had been enabled in powershell.

Does the ssh client from the old cmd.exe behave the same way?

I have checked and you can run SSH on WIndows 10 via any of:-