So I became curious on this bufferbloat issue from another thread, identified that I too had it. 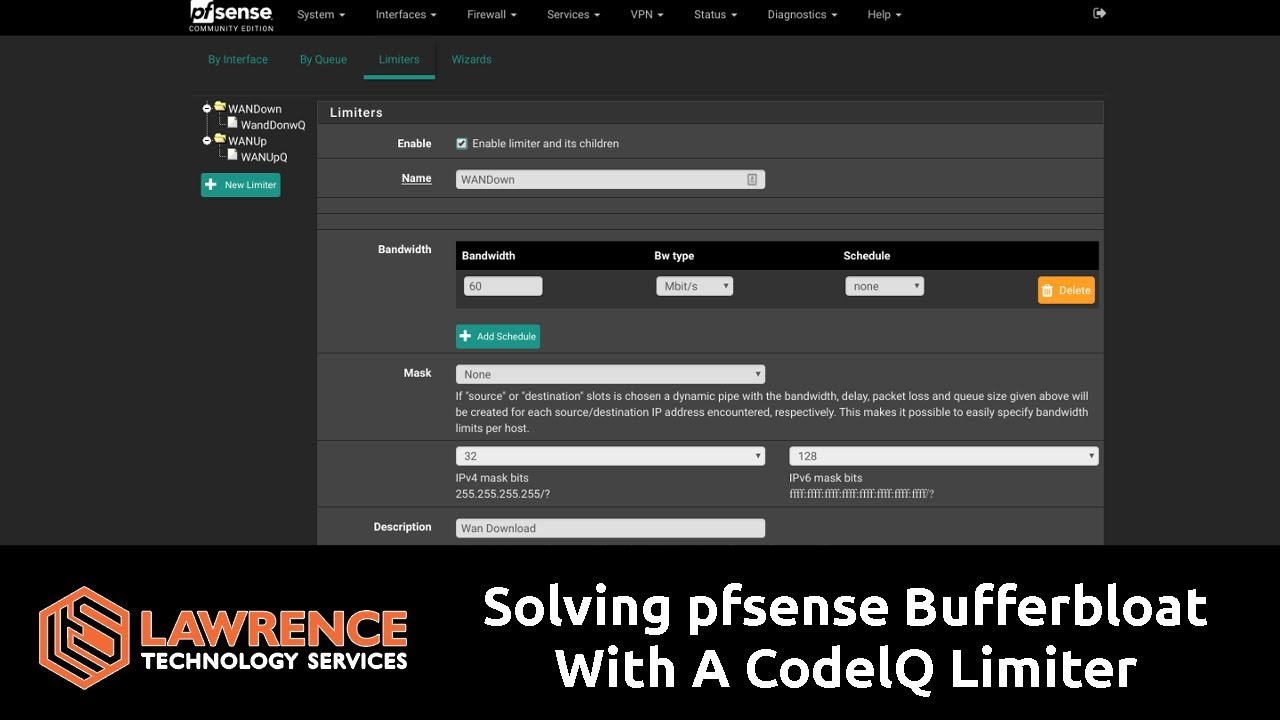 So the above video works great my latency is way down and websites are really snappy.

So my question is how is bufferbloat addressed if you also run a VPN (or multiple gateways) ?

Initially I thought add a second nested queue in the limiter with a second floating rule for my VPN pointing to the second queue, that didn’t work.

I tried a few other things which failed, any ideas or a solution ?

I have never tried, but you should be able to apply the same rule to each interface in the floating rules.

Perhaps I should add my 3 VPNs are in a gateway group, tried removing the group but still couldn’t get it to work. Arrh this low latency browsing experience is so much better.

Need to have two queues set up in the limiter, don’t use a floating rule, apply the queues to the vlan interfaces pointing to the appropriate gateways for either the WAN or VPN Gateway Group.

Took a while to go through all the permutations !

CodelQ can be applied with the limiters setup for both your WAN and VPN_WAN with up and down queues.

If you already have an outgoing WAN rule in place, just add the “In / Out pipe” entry along with the gateway rather than having another rule in place.