I’ve noticed some of my machines are out of sync with my pfSense, for example, my main ubuntu workstation seems to be 2 seconds ahead of pfSense.

Is there a better way to test (or verify) that NTP syncing is working correctly?

I don’t have a solution but I can confirm I have a similar situation.

PfSense is set as the NTP server on my network, all NTP traffic is redirected to pfsense, so I too believed that the same time should be across the network.

On my network, the time is basically the same on all devices but out by about 6s from pfSense. So I’ve concluded that the network must have some latency, I’ve not looked into it more than that.

I do have a strange situation where my 10 year old IP cams, just refuse to get close to the correct time, it does have an NTP client but I’ve put it down to crappy firmware. A factory reset might fix this but it will be a lot of hassle to fix if something goes wrong.

I too would be curious to know if this is the expected behaviour or not.

The webGUI will lag from system date/time. 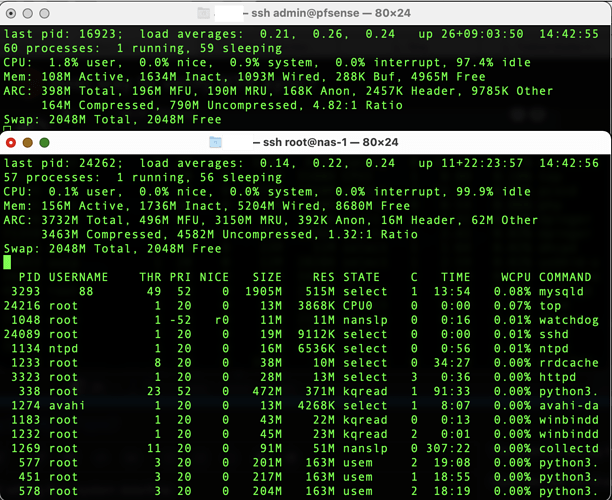 @elvisimprsntr That’s a good tip, yes I see the GUI has the lag.