Attaching an exported VHD to a VM in XCP-ng

Hi everyone. I want to attach a VHD of an exported VM from Proxmox to a VM in XCP-ng. After digging around, the best solution to migrate the VMs from Proxmox to XCP-ng was to convert the qcow2 to vhd using qemu-convert and attach them to a VM in XCP-ng. However, I can’t figure out how I can do that. Can this be done with XCP-ng Center or can it be done only with Xen Orchestra?

Not something that I have tried, might want to ask in the XCP-NG forum Home | XCP-ng forum

This is my method for moving between hypervisors https://youtu.be/wSTk9BLwF5k

Is this still current? 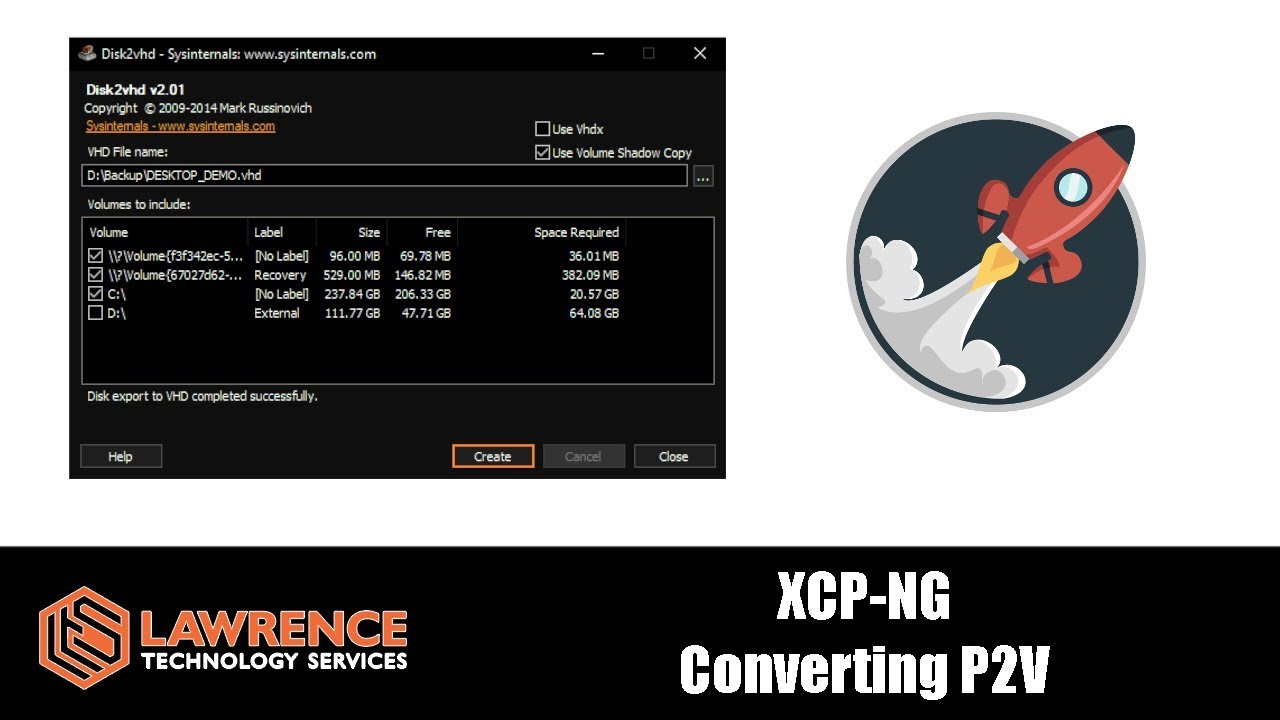 Yes, that is another way to get that done.

My XCP-ng’s local storage is lvm. Since I’m moving the VMs from Proxmox to XCP-ng and lvm was being used in Proxmox, I thought it would be better to do it like that. How would I go about restoring the vhd for lvm type storage?

I have no idea which is why I did it with EXT.

Yeah I installed XCP-ng on my other hard drive and used EXT. I figured that would be simpler and it was. However, now that I’ve gotten the VHD(using a Ubuntu 19.10 for testing and used Ubuntu 18.04 template because I couldn’t see 19.10). The vhd-util check said that the vhd is valid and I was able to link it however, the imported Ubuntu VM doesn’t boot up and just gets stuck in the booting process.

Bringing this back. I’m getting ready to try to move old aging AD physical servers over to new XCP-NG VM and probably going to try disk2vhd first. Question is about generating the uuid, can I do this in Windows, or should it really be done from one of the XCP-NG hosts? In powershell the following gives me a “unique” id, but reading a little farther it says this is really only unique within that Windows machine:

I also plan to just copy the renamed vhd to my NFS share once I get it set up. Still lots to do, the servers went in the rack yesterday and I need to get them connected and get the new Truenas installed.

It would be easier to use a cloning utility or do this:

Do the clones work when the source is a Windows AD? I’ve had trouble with this is the past, but it has been more than 10 years since I tried using Clonezilla to move an AD around.

Last time I tried moving a physical to virtual I tried to use Windows Server Backup which works fine in physical to physical, but it was giving me permission errors on the USB drive where the image was stored.

If you have it in VHD format then you’ll need to follow these steps to get in on xcp-ng. Use the Hyper-v section.