Airplay across VLANs only works with firewall wide open

With this I am able to cast to Chromecast device. I can start a screen mirror session and the TV will go black but will eventually fail. If I add a rule to allow all traffic from TV VLAN to 192.168.1.0/24, I am able to screen mirror with no issue, so I think its just a firewall issue.

I’ve attached a screen shot from the firewall log. Any idea on how to correct? 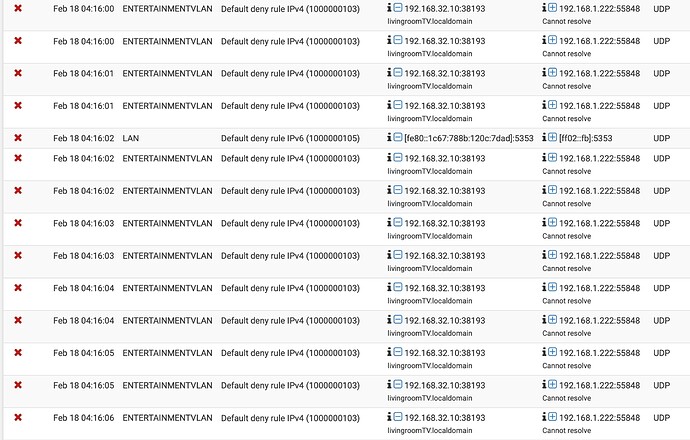 It used to work well a while back when I did this video but the with the latest version of the Chromecast we recommend putting the devices that you want to case on the same network segment as the Chromecast. 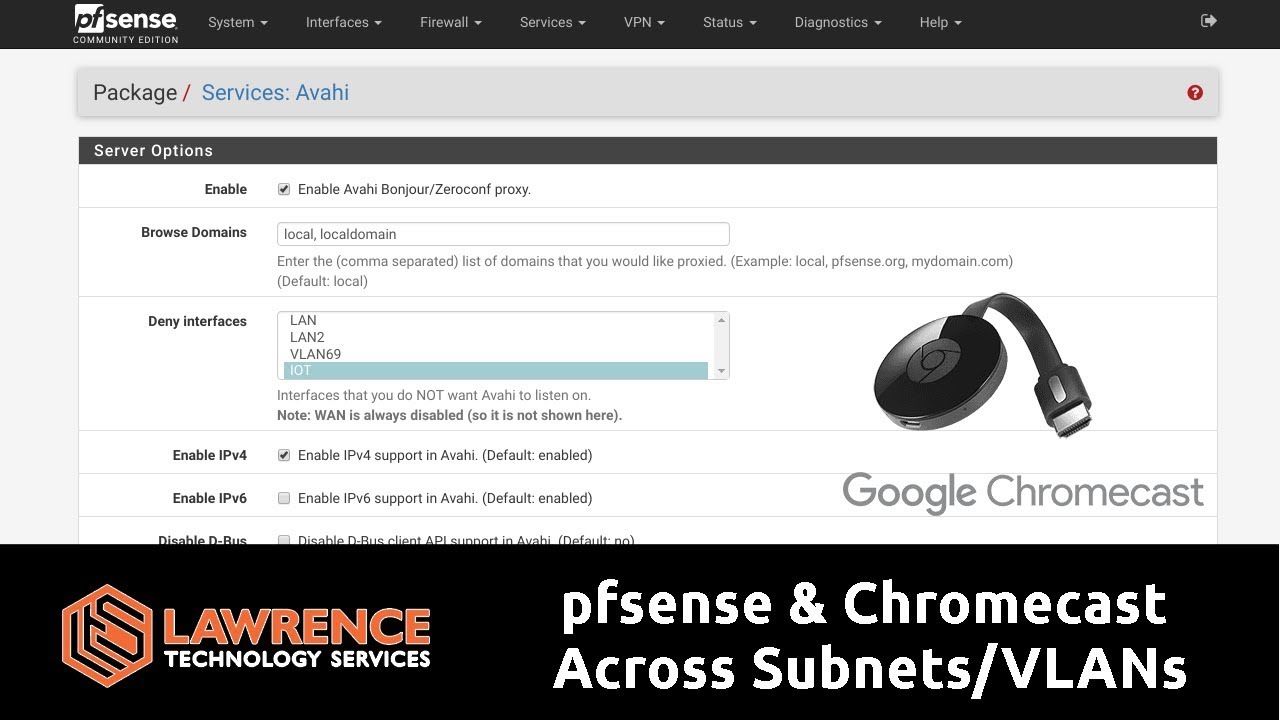 Actually, I found Chromecast to work just fine. It is Apple Air Play (via bonjour I think) that is what is not working.

I’ll keep looking. We’ll have to just put our airplay device on the same VLAN as you say until we find a solution.

Thanks for the videos. Really got me up and going quickly.

You may need mDNS for Airplay to work.

I don’t have the need but others have had better luck with the PIMD package with airplay, chromecast, and Sonos communication in Pfsense