Hello gents,
Again I am asking for your support and knowledge, no puns or memes intended.
The wireless network in a restaurant needs an acces point and a captive portal.
For budget $100-200m but they want very good coverage and speed, but most important a captive portal where clients can connect with a QR or pin code given on the payment ticket. And the DHCP lease and acces has to expire after a short time.
Now, the captive portal needs to be customized as much as possible.
What AP can do this from your experience, IF there is any, or am I asking for too much?

Some APs with built-in captive portal exist, but I doubt they offer much customization. After all, that’s not what the job of an AP is. You mentioned “very good coverage” is a requirement. That potentially means multiple APs are required. How should the system work when the APs are responsible for the captive portal? It’s simply not practical.

Captive portals usually either run as stand-alone services or as part of the firewall. Unifi and pfSense are the solutions you’ll most likely get support for in this forum, and they both support captive portals with vouchers. That being said, which AP ecosystem you use is generally not related to which captive portal solution you use (unless you want central management, then a system like Unifi has certain advantages).

I can’t speak for Unifi, but with pfSense you have unlimited customization. QR code generation for automatic login is possible, though not built into pfSense. You would have to build your own solution for it or find one online.

Thanks for the quick response. Very concise information and helpful.
Now, coverage is mentioned not because it is a very big space, rather because now a normal router is used. AC standard and MIMO can help a LOT, for sure. But running multiple AP i will keep in mind.
The router is likely be a pfSense gear or Microtik and for AP …I am asking these questions.
Thanks again for your time and information, means a lot to me. 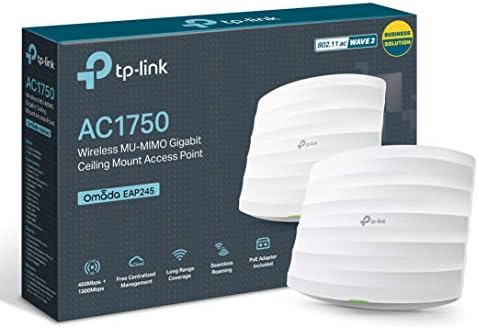 I have this AP in my home, I love it

Has a portal, you can set up codes,limit bandwidth, duration, offers “some” customisation like branding I suppose. This unit has 2 ethernet ports, so you could daisy chain a second AP to increase the range. Print out vouchers similar to kind you see in hotels (LOL I give this to guests and charge them), don’t believe it has QR codes. 8x2 SSiDs vlan capable.

If you have more than 1 AP then it’s better to use the controller software, either on it’s own hardware (I’d suggest this for a business) or in a vm which I have but it’s a ballache to update this to the new-new firmware version on debian, looks easier for ubuntu and Windows.

It’s been running over a year without any issues at home.

Pfsense has a captive portal, but once I got this running it did the job for me.

Is this at the same location you were asking for help with the POE switch?

I would go unifi for several reasons

If you don’t have something onsite to run the controller then it starts to get a bit more expensive but a cloudkey gen2+ is only ~ £150 and will also look after the switch and CCTV you might also be thinking about.

Yes, indeed, same location. I didn’t want to create a thread with all my question in one place and not able to follow closely and in depth each one.
So, basically the UAP-ACP-PRO get some serious votes.
Question: Can I manage the AP from a software which i can install, or do I need to create a VM to contain their controller/software?

The Unifi controller software is the same regardless of where it runs, but once an AP is set up with a particular device as its controller, it will only look to that for configuration. If you set it up from a laptop, and that laptop gets lost or corrupted, when you want/need to make changes to the AP you would have to either restore a back up of the controller configuration, or reset the AP to defaults. Also FYI Unifi has their own captive portal system, but that is reliant on the controller being online 24/7. But nothing stops you from running a captive portal on a separate firewall from the AP.

So, it is in my best interest to have a VM running Unify software and have it backed up, exported as .ova or similar. Just in case.

Or just export a settings backup from the controller every time changes are made, and store it with whatever file system you use for other important client files.

Will the unifi software run on a Raspberry Pi? What about some of the used thin clients like an HP t630 or t730? Some of these come with a Windows OS (though newer ones are win10 IOT) and they are often very cheap. I’m setting up a t630 with Centos right now, I think it cost me around $40usd including shipping.

Just thinking about cheap ways to keep a machine onsite to work as the programming/controller computer. And with that said, I know very little about the Unifi products.

A Raspberry Pi will work, although you should only use a 3 or newer, and preferably 2GB or 4GB of RAM. Any of those used computers will work also. The controller is Java based, and they have installer packages for both Windows and Linux. Debian or Ubuntu works best for the Unifi controller.

As others have said but to reiterate;

If you look after multiple sites and think that Unifi might become more of a thing then you might want to consider https://hostifi.net/. Hostifi are probably not cost effective for only one or two devices (pricing start at $49 per month) but compared to running your own server that might be worth it.