Recently I thought to try and deploy XCP-NG as a Lab environment to test out some new configurations, but I have hit a wall, and as of yet cannot seem to find any information on my specific problem. I am using a SuperMicro mini-server with 8 SAS HDD’s configured in a RAID6. I can get XCP-NG installed, but the second I try to deploy XOA, or create an VM’s I get an error message. XOA gives the error: SR_BACKEND_FAILURE_78 / VDI Creation Failed [opterr=error 22]
Now in my digging it appears that this is a result of the native block size of these HDD’s being 4KB? Is it possible that I found a type of hard drive that is incompatible with XCP-NG? I cannot seem to find any specific confirmation of this, and have had less luck seeming to find anyone else who has had this problem. If anyone out there has experience, or has a suggestion for a resource I should look into I would very much appreciate it!

Sounds more like you don’t have the storage properly setup. I am not aware of any comparability issues with any specific drive types.

Can you get on the console or SSH and try creating a disk from the CLI?

I am going to try to start over, mostly what I wanted to hear was someone saying: “Oh yeah! you can’t use those drives with XCP-NG” or “Heck no! Those drives should would just fine”
I am not aware of any special configurations that I may have established when creating the RAID, but I will check. For what it is worth the controller is a Broadcom 3108 (AVAGO MegaRAID v. 6.36.00.2). I am also running the XCP-NG system on a USB flash drive connected to the Mobo, so the RAID should be exclusively storage for VM’s.
I know that I CAN SSH into the system (and can access the console as well) but am not overly familiar with the CLI commands. If starting over doesn’t help, I’ll look into hammering at this thing with CLI.
Thank you for taking a look, and relaxing my concerns.

I may be stating the obvious here but…

One of the screens during setup asks you which disks to use for VM storage, just make sure you spot that and that you pick the right device, it’s one or two after the bit where you pick the device for the XCP-ng install.

For the record xe sr-list will list all of the configured storage repositories, there will be a couple there by default (DVD drive, XCP-ng tools, removable storage) but there should also be one that looks like it’s your raid disk/array.

I’m sure Tom has a video on this but I can also highly recommend this guy as well (cough, it’s me, cough…) 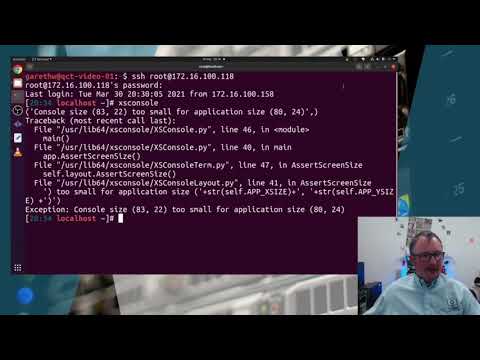 Ok, I’m totally at a loss. I have completely wiped and started over multiple times, and for the life of me I cannot figure out what I could possibly be doing wrong. Shown here is the error message I received every time I try to deploy Xen Orchestra 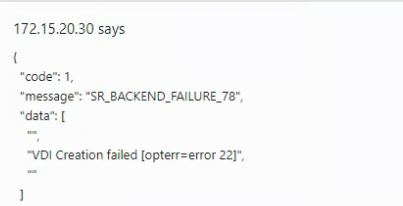 To my eye there aren’t a bunch of options available for me when creating my RAID array. I am using a SuperMicro X10DRL-CT system, that utilized the Broadcom 3108 HW RAID controller. The array is a RAID 6 consisting for 8 identical Toshiba SAS drives. When I run the XCP-NG installer I am able to select the array as my storage for VM’s. The installation always completes successfully. And after the system is up I can connect to it using XCP-NG Center. The local storage is shown: 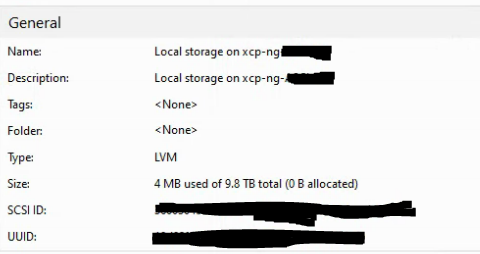 If I connect using SSH and issue the xe sr-list command the result is the following:

I’m not sure what I am missing. But every time I try to assign any virtual disk for a VM it just stops.
Any help is always appreciated!

if you run “vgs” and “lvs” what does give you?
(you can safely leave the UUID’s visible)

Also worth mentioning that unless you have a pressing reason to use LVM I would probably pick ext as it’s more flexible with virtually no downside.

I left the storage set to LVM I think because that was the default, and I believe the installer says something about EXT being slower? I have no reason specifically to side with either.

For what it is worth. I have swapped hard drives to some older, smaller drives that I had laying around. This resolved the issue. So at this point I believe that I have discovered a hardware incompatibility with XCP-NG.

Have you made them aware of the problem?