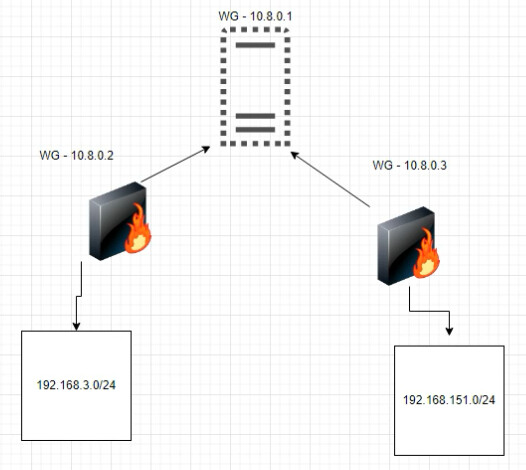 I have wireguard between two firewalls and a VPS. I’m trying to route traffic from site a to site b through the tunnel/VPS.

I’ve not been able to get a tunnel created between site A and site B so I was hoping to use the VPS as a proxy of sorts.

are both sites connecting to the same tunnel on the cloud pfsense? I made this happening with having a tun_wg0 with a 10.8.0.1/24(cloud instance wg interface) and lets say the other two sites are 10.8.0.2/32 and 10.8.0.3/32… and then the static routes are added by using a Dynamic gateway (interface route) with pfsense (on cloud instance)

Both sites are connected to the same tunnel (wg0), its a ubuntu box in the cloud.

Damn this is on Vultr too, didn’t think about the fact that you can just select your own ISO…