I saw your twitter post about FreshDesk and am glad to see you’re testing out a ticketing system. I started using one since the early days of Spiceworks. When I left corporate IT and started my own MSP I went with Connectwise Manage.

When I saw your videos where you said you just worked out of a gmail box and your guys were kicking out invoices with invoice ninja I was having a hard time figuring out how you could keep track of things. Like if one tech fixed something for a client, could another tech look back and figure out how he resolve it.

At any rate, good luck with your trial. Have you thought about reaching out to Dave at MSP Radio as a guest? He has tons of experience in this area.

We do thing different and I could be wrong but there does not seem always seem to be as much interest in having me as a guest…lol.

As for the ticketing, when we solve an issue that is not an obvious thing solved via password reset or rebooting we create documentation on how to fix the issue so we don’t often need to reference the previous emails. Also most of our tickets come from project work, not from the MSP side so there are less repeat problems over all.

Also because we use GSUITE groups.google.com turns all the emails into a Google Groups so the message history looks looks more like a threaded forum post that we can all reply as the inbound support or sales emails.

Was reviewing a few other CRM / Helpdesk / Ticketing SaaS as well. Most are overly complicated. We just need a ticketing system that consolidates multiple “incoming request” ranging from calls (we key in ourselves), email, whatsapp and website messenger … streamlined into a single “thread” where we can monitor, reply and act on it.

Finally a topic I can confidently respond to and feel I can add some real value to!
I just so happen to have had the task of selecting the Helpdesk or ticketing system for the last 3 companies I’ve worked for, just by coincidence, so I’ve seen and tested a lot of them.
I started my IT career as a trainee engineer back in 2000 and worked my way up to managing teams of engineers and now running my own small MSP, so I have a bit of experience from both the engineering and management side.
Whatever you choose, in my experience, the most important factor to consider is “do the people using it like it”?
That means customers using the system AND the Engineers and Helpdesk staff.
Too Many times I’ve seen senior management select a system based on the reports they can get out of it or because it complies with a specific standard like ITIL.
The engineers using it find that the interface or workflow often takes more time than the actual ticket they were logging so they don’t use it properly.
When they don’t use it properly, your reporting is useless, as per the saying “Garbage in, Garbage out”.
For any system to be accurate for reporting and as a tool for engineers to find information, like previous fixes or knowledgebase articles, they have to want to use it as it makes their job easier rather than it being an obstacle that makes their job a chore.

I promise this is a true story:
I worked for a company where the new IT Manager wanted to swap out the current helpdesk system for a new one and spent over £40,000 on a new ITIL compliant system.
The engineers hated it and did everything they could to avoid using it, like not logging tickets that came in by phone. When a ticket was logged, they would put in the absolute minimum required to close the ticket as it had so many default fields that must be filled in and categories for the causes etc.
We got a new IT director that listened to the engineers, ripped out the new £40,000 system and replaced it with the new version of the old system which cost us £5000 instead.
The engineers loved it as it made their job much easier and the end users liked how simple the system was to log tickets and view updates.
Although the cheaper system did not have the ITIL compliance off the shelf and the reporting was not as advanced, the reports were at least accurate as they showed all tickets as the engineers went back to logging everything now it was no longer such a chore!

I’m not going to list all the ones I’ve tried or the ones in this true story as it was so long ago it wouldn’t be fair as the products will have changed dramatically since then.
I will tell you though that I now use Freshdesk and customers comment on how much they like the portal as they can see all tickets in their account, Knowledgebase articles we have shared with them and if they are an admin they can see all of their companies tickets logged against their contract.
We also find the reporting super simple for tracking chargeable work and the engineers like how simple and quick it is to use.

Let me know if you want any more info.

In the spirit of Open Source, I’ve been successfully using Zammad for my ticketing/helpdesk system over the last 2 years. 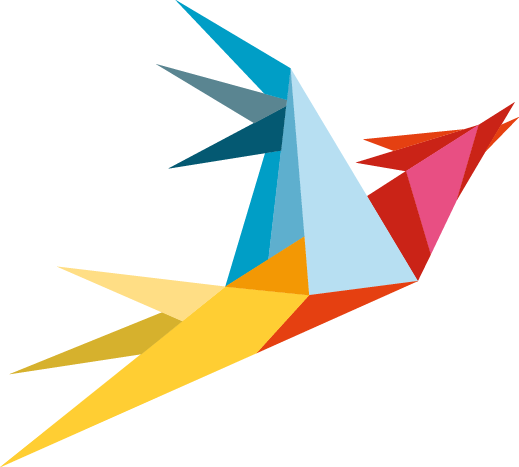 Helpdesk and Ticketing Software for Your Business | Zammad

The user portal is great, and the system can be as simple or in depth as you’d like to utilize.

osTicket for the win. Very powerful, very frequent updates with new features and fixes. Any issues I have are usually resolved by the community forum within about 2 hours.
Completely free. Has a portal, knowledge base and all that built in.
I have created custom fields in it to do funky things, like I have a field which asks how many hours had been spent on this ticket, which in turn generates an invoice request for finance. The BI dashboard (using Metabase) multiplies the hours spent by the hourly rate, and tells finance what to set the invoice number to, the amount etc.

Don’t get me wrong, it has been a lot of tweaking to get it working how I like. But now, I have it perfect.